Funding: Is varsity autonomy the solution?

Effective running of universities demands the availability of funds, human and material resources. Over time, however, the Nigerian university system has been crying out over… 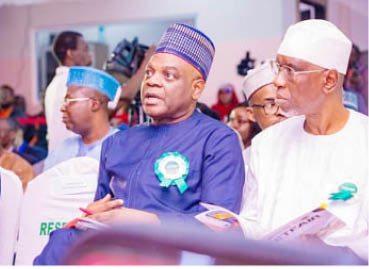 Effective running of universities demands the availability of funds, human and material resources.

Over time, however, the Nigerian university system has been crying out over inadequate funding for the smooth operation of the system, thus blaming the government for the scarcity of funds for public universities.

The government, on the other hand, complains of a lack of resources; repeatedly saying it (government) alone cannot fund education in the country and harp on the importance of exploiting other means of funding education.

The university workers, in reaction to poor funding, unpaid allowances and dilapidated facilities, among others, always resort to strike actions, which cause the closure of universities for long periods of time, thereby affecting students’ learning.

However, the most recent strike action, which generated a serious and prolonged feud between the federal government and the Academic Staff Union of Universities (ASUU), pushed the government to take a step further by going to court to get the staff back to the lecture halls.

The strike may also have forced government into exploring the option of granting universities full autonomy toward solving the perennial problem of funding tertiary education.

Recently, Vice President Yemi Osinbajo said it has become imperative that a new sustainable model of funding for university education be developed.

Speaking at the NUC@60, he said such a model should take cognizance of the social and economic diversity and the competing expectations of the Nigerian populace and workforce.

Osinbajo, who was represented by the Secretary to the Government of the Federation, Boss Mustapha, said the most recent industrial action by university-based unions has necessitated the revisiting of the issues that call for the granting of university autonomy by government.

“This will lead to the review of university autonomy laws to appropriately address funding, including staff remuneration, institutional governance, as well as the issue of internally generated revenue,” he said.

Presenting a paper on Sustainable Funding of University Education in Nigeria, the executive secretary of the Tertiary Education Trust Fund (TETfund), Arch Sonny Echono, called on government to redefine its role in tertiary education to allow the full implementation of the 2004 Universities Autonomy Act which empowers university councils to take full charge of operations and development.

He said government should limit its role to overall policy implementation and strengthening institutions such as NUC, TETFund, scholarship board and student loan board to address the multifaceted challenges of education.

Meanwhile, on whether the law should be reviewed to grant Nigerian universities full autonomy, educationists share divergent views with Daily Trust.

“I do not think the autonomy they are talking about is the type of autonomy that is obtainable in climes that want to develop their nations through education.

“I think the autonomy the government means to implement is one in which the burden of funding education is shifted to poorly paid civil servants and suffering parents,” he said.

He said it was going to be a policy through which already traumatised parents would be milked further for the ruling class to have access to more funds to spend on frivolities.

“We are already having a glimpse of what it would look like, with various councils of universities raising existing charges and introducing sundry fees,” he said.

Professor Ugwoke explained that it is important to understand what autonomy means in the context of a university, saying, “We have it entrenched in the Universities Miscellaneous Provisions Act (UMPA) that ended in 2003.

“It prohibits government’s undue interference with the running of the universities in order to preserve the sanctity and universality of their business.

Unfortunately, government does not view autonomy from this angle, he stressed.

On a new sustainable model of funding for university education, he said, “When government claimed resources got tighter, ASUU suggested a certain form of tax be warehoused in a fund. This eventually metamorphosed into what is today known as TETFund.”

He however noted that some other sources of raising funds have been suggested but sadly, government hasn’t implemented some of these suggested schemes, which would have given birth to bodies bigger than TETFund.

“Government has however failed to follow through with the suggestions that would have placed education in a channel not governed by yearly budget ritual. I still believe we shall get there soon,” he added.

An educationist, Michael Sule, said granting universities full autonomy is not the right step now because that will amount to denying many Nigerians university education and increase corruption in the system.

“It is the responsibility of government to educate its citizens, but we agree that government alone cannot fund education, so it is important that universities stop waiting for every resource to come from government; they should show evidence of what they are doing with the IGR they generate,” he said.

Sule also said most universities have alternative funding sources, which they do not account for, and instead wait for government’s allocation, adding that granting them full autonomy would amount to increasing fees at will and introducing more means of getting students to pay money.

He said: “This is because immediately you give universities full autonomy, you have removed the government’s hand in terms of how much school fees will be, which means that there’s the possibility that our universities in Nigeria will follow the trend of what is obtained in our primary and secondary schools today.”

Prof Idris said full university autonomy will give individual universities power in the area of its finances, such as review of university tuition fees and other benefits but the implication will be school fees will be higher; just like what was obtained in Kaduna State University recently.

He, however, said the best sustainable model for Nigeria’s education system should be an introduction of students loan board or a bank that will give students loan to pay their school fees right from day one but the system should guarantee students profiles so that he or she can pay back upon being employed after graduation.

“Our industries should fund Research and Development so that research grants will be made available to university academics that are willing to take the opportunity and the challenges of dedicating their time to make an impact in their field of studies,” he said.

He further said salary and wages across the board should be reviewed to reflect the current situation in line with global best practices, adding that a graduate in the federal civil service should earn the same salary as a graduate in other sectors but that other allowances might differ.

Meanwhile, Echono recommended that universities should be engaged in agric business, consultancy services that will be self-financing to the raising of funds for the institutions.

Echono insisted that government should limit its role to policy framework, regulation and recreation to strengthening of institutions like NUC, TETfund, education bank, scholarships and student loans to address the multifaceted challenges of university education.

“Also, where the government chooses to implement policies such as free tuition, it should make full financial provisions as grants per student based on the cost of training for individual courses established by the university council.

“Government should continue to provide scholarships and bursaries for exceptionally gifted scholars and very viable indigent students based on the income level of their parents and other criteria,” he said.