Rugan Fulani is one of the oldest Fulani settlements in and around the Federal Capital Territory. Aso Chronicle learnt the community was formed by one… 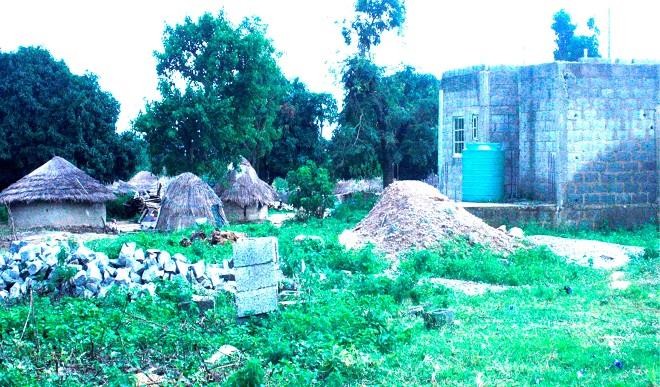 Rugan Fulani is one of the oldest Fulani settlements in and around the Federal Capital Territory. Aso Chronicle learnt the community was formed by one extended family of nomadic Fulani herdsmen from Zaria who fled the massacre of the 1966 first military coup in the northern part of the country.
The family of late Alhaji Idrisa migrated from Zaria with their flock of cattle, and after series of camping, finally settled on the trenches of Life Camp, in the Federal Capital Territory.
Their choice of a  settlement, Aso Chronicle learnt, was informed by its expansive grazing land and availability of water for the livestock.
The settlement which predated Abuja as Nigeria’s federal capital came to spotlight recently when some disputes relating to the ownership of the land ensued following what the residents described as unlawful allocation of their land to private estate developers by the authorities.
After over 50 years of settlement, residents said they have been threatened to leave the community within two weeks, without due consultation.
Some residents, who spoke to Aso Chronicle, said they have been threatened by armed personnel to quit their only home for private developers who have already encroached into their residential areas with giant structures.
However, the residents said they have no place to go, saying they were born and brought up in the settlement and do not know any other place than the slum.
They said the developers have taken over the area with gigantic structures, blocking grazing routes, thus adding to their misery as a nomadic community.
When our reporter visited the settlement recently, what used to be a typical Fulani village has been transformed into a modern estate with modern structures, some under construction; the only vestiges of Fulani presence were few thatched huts sandwitched between modern buildings of different architectural designs.
The only surviving first generation settler of the community, 90-year-old Alhaji Salihu Idris, told our reporter that his father and two siblings were buried in the village and thus has been his home for about half a century.
He said all his ten children were born in the community and have not known any other place other than the FCT to which they pledge allegiance, exercising their civic duties for about fifty years.
“All my children were born here; I did not come here with any child. After more than fifty years, you can see I am old, where will I go now? They said I should leave within two weeks.
“My father died here, two of my brothers were all buried in this village, where would I go? I do not have anywhere to go” he stated.
Continued from previous page

Another resident, Mallam Ibrahim Salisu, 40, who told our reporter that he was born in the community, traced the beginning of the dispute to the time the developers started erecting beacons demarcating their plots in the area.
He said when the villagers confronted them then, they were told not to be apprehensive, saying their work (developers) and demarcations would not affect villagers’ residences.
Ibrahim however said he was afraid when recently some operatives of the FCT Development Control stormed the community with armed personnel, asking them to leave the community.
Ibrahim said he doesn’t know where to turn to other than Abuja, saying he was born and brought up in the community, paying allegiance to AMAC as his local government of origin.
“I do not know any state other than Abuja, I do not have any local government but AMAC because this is where I was born and brought up,” he said.
Ibrahim, who has been at the fore front challenging the planned eviction by the authorities, said he has made frantic efforts to ensure that the needful was done but all was proved abortive as non of the authorities he has complained to responded.
“When development control came to demolish our houses I wrote to the Director FCDA, I wrote to the office of the minister, I wrote to Development Control and told them our plight but nothing was done up till now’’ he said.
Ibrahim expressed concern over the plight of Fulani herdsmen in the city, saying with the current development they find it extremely difficult to graze their animals as the existing grazing routes in slums are currently being blocked by the developers even as government pays lip service to providing alternative grazing reserve.
“Fulani in the FCT are surrounded by a lot of issues.
“Though Fulani had been in Abuja before it became the Federal Capital Territory, the average ethnic minority in the city that does not have any place to live is the Fulani,’’ he said.
He however appealed to President Muhammadu Buhari and the FCT minister Mohammed Bello to understand the concerns of Fulani herdsmen in the city and intervene by offering a lasting solution to the lingering disputes involving grazing communities.
The Chief Press Secretary to the Minister of the FCT, Hazat Sule, did not pick his calls when our reporter sought to know the reaction of the authorities to the story.