The Northern Youth Solidarity Forum (NYSF) has called on the Peoples Democratic Party (PDP), members and supporters in the 36 states and the Federal Capital… 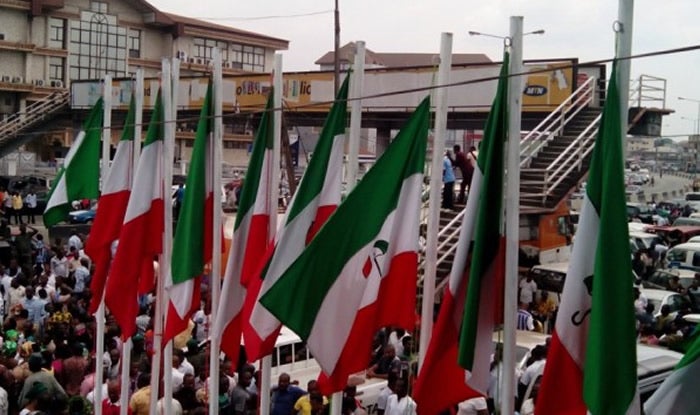 The Northern Youth Solidarity Forum (NYSF) has called on the Peoples Democratic Party (PDP), members and supporters in the 36 states and the Federal Capital Territory (FCT), Abuja to extricate the party from the stranglehold of the governors.

This call is coming ahead of the October 30 to 31, 2021 elective national convention of the party.

The PDP group urged party members to rise to the occasion, especially on the current burning issues of zoning of party offices in the country before it is too late.

In a statement delivered by Abdulkadir Dantata in Maiduguri, Borno State, the group alerted on the looming danger in the country and warned that if nothing is done to discourage the continuous control of the PDP by the governors, the party may be heading to Golgotha.

“We are very worried about the overbearing position of PDP governors in all the affairs of the party.

“We cannot forget in a hurry how the governors forced the former Governor of Borno State, Ali Modu Sheriff on the party in 2016 and how the same Sheriff collaborated with the All Progressives Congress (APC) and suffered the party in a long period of legal battles.

“Thanks to the Supreme Court that saved the party in that landmark judgement, otherwise, that would have been the end of the PDP,” Abdulkadir Dantata said.

Dantata further narrated how in 2017, the same PDP governors again came up with the so-called theory of “unity list” that produced Prince Uche Secondus-led current national working committee (NWC), against the will of the people.

“We have not also forgotten what played out at the Eagle Square in December 2017 that led to the emergence of Prince Uche Secondus as the party’s National Chairman against the popular will of party members and supporters.

“We must rise up and challenge this situation now, as 13 governors of the party cannot be greater than 24.

“Party members in the 24 states of the federation that have no governors should come out with a strong position on zoning.

“The south-west and northeast should not be allowed to suffer on account of the decision of PDP governors”.

The Northern Youth Solidarity Forum called on all the members of the National Executive Committee (NEC), of the party to take control of the situation and urged NEC members to be courageous, strong and forceful, saying that “if the zoning committee recommendation of zoning the Chairmanship position to the north is not reversed, the PDP has no hope of winning the 2023 presidential election”.