Nigeria’s food inflation rate in October has risen to 23.72 per cent which is 5.39 per cent higher compared to the rate recorded in October… 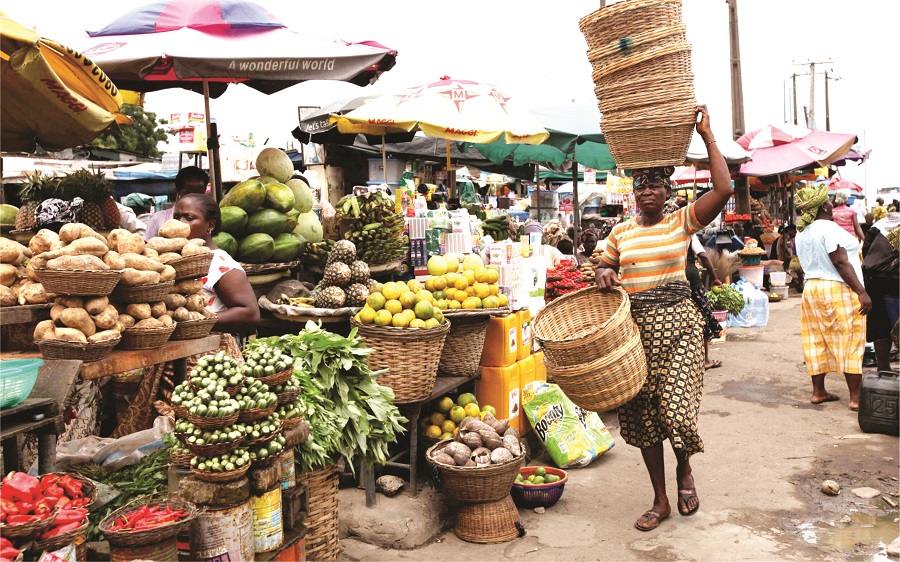 Nigeria’s food inflation rate in October has risen to 23.72 per cent which is 5.39 per cent higher compared to the rate recorded in October 2021 (18.34 per cent), report by the National Bureau of Statistics has shown.

This is just as the country’s headline inflation figure rose to 21.09 per cent, a new 17-year high.

The bureau stated that flood inflation was caused by increases in prices of bread and cereals, food products like potatoes, yams and other tubers, oil and fat.

It stated that the decline was due to the reduction in prices of some food items like tubers, palm oil, maize, beans, and vegetables.

It, however, said that over the past three months, there has been a decline in headline inflation on a month-on-month basis due to a drop in the changes in the food index influenced by the harvesting season.

It added that the increase was owing to the disruption in the supply of food products, increase in cost of importation due to the persistent currency depreciation and general increase in the cost of production.