Flooding Cuts Off Bridge In Nasarawa

A heavy rainfall that lasted hours accompanied by flooding has cut off a bridge in Akwanga town, which connects Nasarawa, Plateau and other states up… 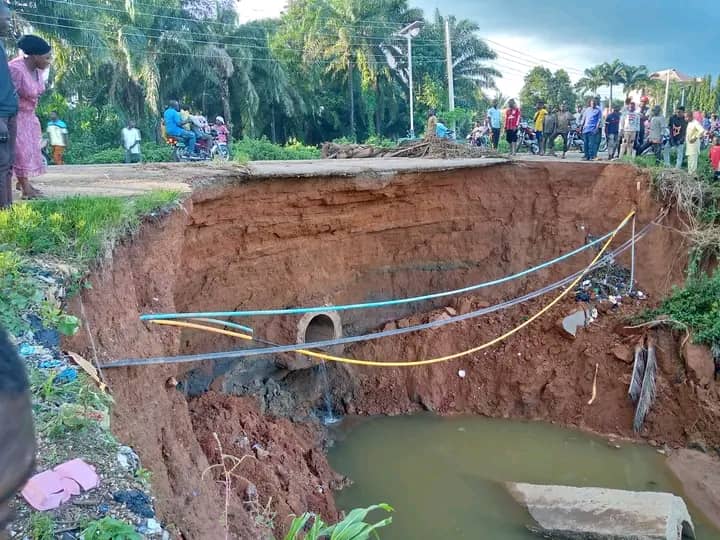 A heavy rainfall that lasted hours accompanied by flooding has cut off a bridge in Akwanga town, which connects Nasarawa, Plateau and other states up North and Southeastern part.

People expressed worry over the downpour, which occured two days ago.

This is coming barely 48 hours after the collapse of part of the bridge on the Federal Highway, around Isah Mustapha Agwai Polythecnic Bukan-Sidi, Lafia, the state capital.

The latest collapsed bridge in Akwanga, the headquarters of Akwanga LGA, is used by motorists coming from Kaduna, Plateau, Bauchi, Gombe and others states and heading for Abuja.

Our correspondent, who visited the scene, observed that traffic had been diverted for heavy duty vehicles into some inner roads on A.A Koto, Chun Mada lane and Wamba bye-pass, while the remaining small part of the highway is being utilised by cars, motorcycles and tricycles.

One of the residents of the area, Mr Akulo John, urged both the federal and state governments to address the plight of the locals by repairing the bridge in time.

A driver, Mr. Ibrahim Danjuma, said if the bridge is not immediately reconstructed it would be difficult for drivers to use the only road that connects to neighboring states.

He said, “If urgent steps are not taken, armed robbers and other criminal elements would take advantage and rob innocent people plying the road. I am appealing to the state government to collaborate with FERMA (Federal Roads Maintenance Agency) to reconstruct the bridge.”

All efforts to get across to the executive chairman of Akwanga Local Government Area, Mr. Safiyanu Isa, proved abortive as his phone was switched off as of the the time of filing this report.

When contacted on the phone, the district head of Akwanga metropolis, Sir Anthony Yamusa, described the collapsed bridge as a death trap and called on the Nasarawa State Government and the FERMA to as a matter of urgency to reconstruct the bridge.

He said, “It is unfortunate and painful that the bridge that links the Southern and Northern parts of the country was partly washed away. This will not only affect people’s lives, but will also affect economic and commercial activities.

“It is in view of this that I want to appeal to the governor of Nasarawa State to collaborate with the Federal Government in order to reconstruct this bridge that has been washed away, immediately.”

He called on FERMA do put in place some palliative measures to ease movements pending when the bridge would be reconstructed.