Sulaiman said the catastrophe occurred between Aug. 11 and  12, following uninterrupted 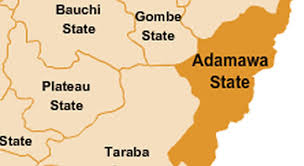 Sat, 14 Aug 2021 12:36:44 WAT
Adamawa State Emergency Management Agency (ADSEMA), says 66 houses and 150 farmlands have been destroyed by flood in Lababiri village, Bakta district in Shelleng Local Government Area of the State.
Dr Mohamed Sulaiman, Executive Secretary, ADSEMA, confirmed the development to the News Agency of Nigeria (NAN) on Saturday in Yola.
Sulaiman said the catastrophe occurred between Aug. 11 and 12, following uninterrupted torrential downpours that lasted for two days.
“The agency received a report of the incident in Lababiri village, where more than 150 farmlands and about 66 houses were destroyed by the flood,” Sulaiman said.
He said people of the affected community were currently taking refuge in neighbouring villages.
The ADSEMA boss, however, said the number of casualties was yet to be ascertained, adding that it had deployed some staff for more details and emergency services. (NAN)