Member representing Kabba-Bunu/Ijumu Federal Constituency of Kogi State at the House of Representatives, Teejay Yusuf, has urged the federal government to direct its relevant agencies… 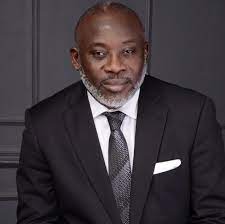 Thu, 6 Oct 2022 10:22:20 WAT
Member representing Kabba-Bunu/Ijumu Federal Constituency of Kogi State at the House of Representatives, Teejay Yusuf, has urged the federal government to direct its relevant agencies to provide urgent humanitarian intervention for victims of flood disaster in the state.
Daily Trust reports that communities across nine flood-prone local government areas of the state had been ravaged by flood, leading to loss of lives, destruction of property as well as displacement of hundreds of people over the past few weeks.
The lawmaker in a statement issued in Abuja on Thursday commiserated with victims of the flood disaster which he attributed to the release of water from Lagdo Dam in the Republic of Cameroon.
Yusuf said, “The propensity and effect of this year’s flooding  that has persisted for days unend has not only ravaged communities and rendered many people homeless; it has also crippled economic activities and made vehicular and human movements to states in the South East, South West and South South zones largely cumbersome and mostly non-motorable.”
While acknowledging the efforts of the Kogi State Government in tackling the disaster,  Yusuf solicited the immediate intervention of the federal government through relevant agencies.
“It is expected that the Federal Ministry of Humanitarian Affairs, Disaster Management and Social Development, as well as National Emergency Management Agency and other relevant agencies will move swiftly to provide immediate palliative to victims of the flooding,” he said.