FIVE BOOKS FOR YOUR TEENAGE SONS

I am appalled by the quality of young men we are throwing up these days. A lot of men are lost, others believe that women… 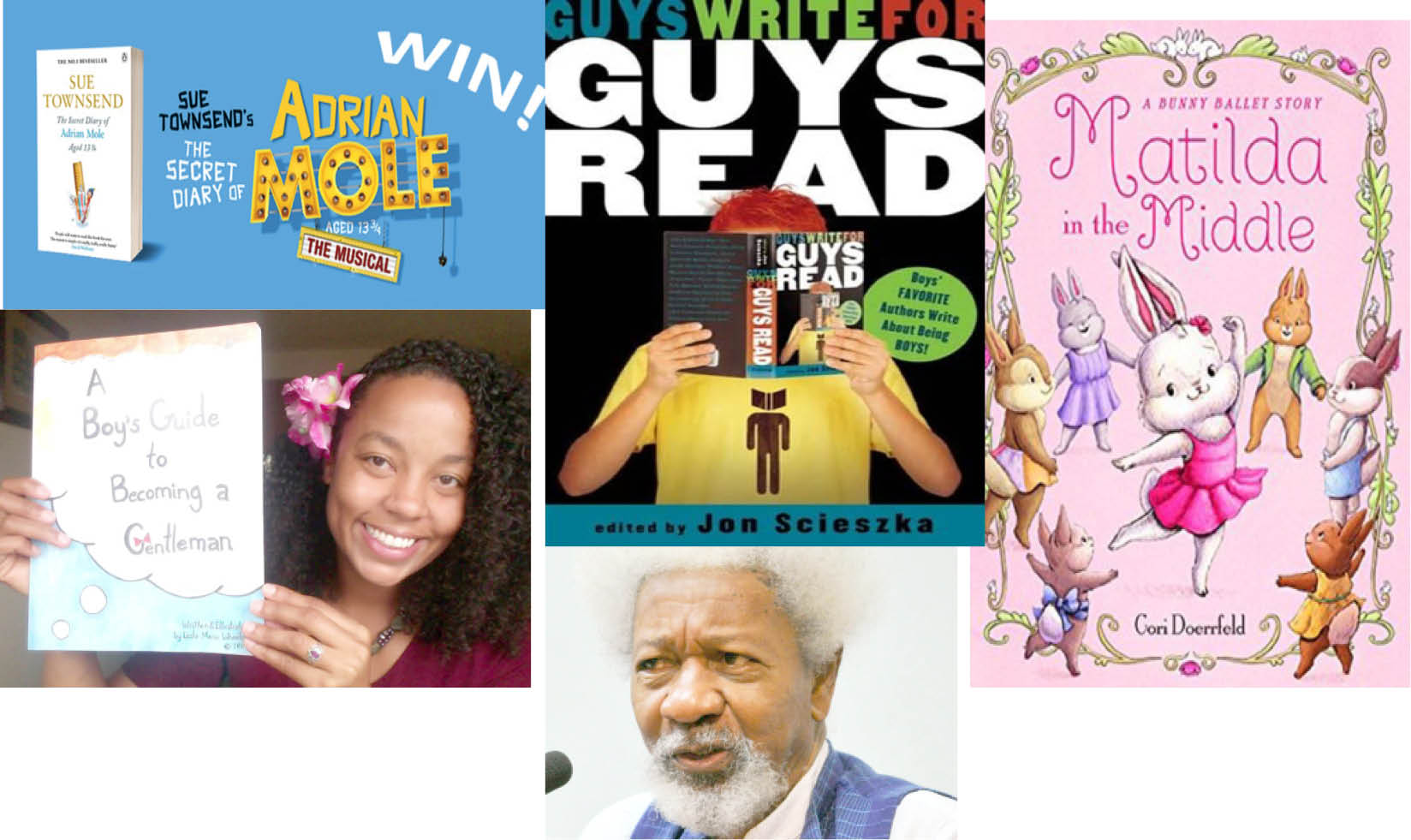 I am appalled by the quality of young men we are throwing up these days. A lot of men are lost, others believe that women are nothing and others are of the opinion that, to be a man requires that, you have no empathy. Some of these characters have come off our age-old tradition that somehow, men are superior to women and ultimately more brilliant. They then, of course, are socialised in this way.

In many cultures, boys are treated like Kings and girls are advised to get on with it, get married and remember that they cannot inherit. Some mothers socialise their sons to think they are all that and offer them food ahead of their elder sisters and encourage them to be idiots. Once they grow up, these boys to men now think every girl is a conquest, are fully disrespectful and highly obnoxious.

There is nothing more disgusting than a man who thinks he is rich, talks down at his wife, is very rude and thinks the world should adore him because of his deep pocket. I watch from the sidelines, these impossible men and some of them are reflected in Nollywood movies. Both father and mother create this human being, who is inorganic, ignorant, sick and self-entitled. Indeed, so many things in our society today have ensured that we are giving rise and voice to our creation. A generation of sick to the stomach monsters. But these boys are not only coming out of rich homes.

There is another group of young men in the low to medium stratum of society who have been socialised to brutalise women. Most young Nigerian musicians are coming out of Ajegunle and the lyrics our children are dancing to at parties are at best morally depraved and at worst brutally misogynistic. Images that put women and other human beings down are constantly in the air. What kind of men are you bringing up in your homes? With television and internet growing out of our hair on a daily basis and complicating the scene and our boys, it is time to pause a little and offer books that will lead our boys to become wholesome and responsible men. As the lockdown bites harder, let us as parents engage tomorrow’s men positively.

Those teenagers in our homes are on the cusp of forming their characters. Most men don’t like to read except its work related. A reading man is a knowledgeable man and more compassionate. Let’s give them a hand with these five books.

1. The diary of Adrian Mole 13 ¼ by Sue Townsend. I read this fantastically hilarious book as a teenager and then again as an adult followed all of the author’s books on Adrian Mole. Not a dull moment. Hilarious, adventurous and unputdownable. But the twist in the tale of this recommendation is that Adrian Mole, the protagonist was a teenage boy, I was a teenage girl and Sue Townsend was a mother. This is the book for your son who is grappling with puberty, being tough and his friend’s ridiculous ideas of how to be a man. A lovely book for teenage boys no matter what spectrum of being a teenager they are in.

2. A boy’s guide to becoming a gentleman written and illustrated by Leslie Marie Wheeler. This book is for slightly younger kids than teenagers but find it and gift it or te values therein. Kindness, respect for others, charity etc. Most boys who are beginning to think they are big boys at 15 years old may consider it too young for them. But a more advanced version may lay in his room unread. I have experience. So this simple one is easy to read and goes quickly while the lessons are being learnt. You can even get them to read it to a younger brother or a cousin or use it as a homework and let him return to you with his findings. More importantly. Mr Father, be the example you want to see and Mrs Mother, do not be afraid to correct your son. Don’t nag. They don’t like it.

3. The Trials of Brother Jero by Wole Soyinka. One of my favourite Soyinka books about religious charlatans and the unfortunate victim Jero. Why this book hits a nerve is because we still see fake pastors many years after Soyinka wrote the book and we still meet men and women whose role in life is to be brainwashed by their Pastors. This is a book that you can throw out there for members of your family to read and then discuss post-dinner. It is the time you can discuss cheating and how to manage as a hen pecked husband. Lol aka Amope. It is an incredible book for teaching how not to be gullible and how not to use religion to cheat others. We can reduce the incidence of fake religious leaders if we catch our children young. Too many stories of peer pressure especially for boys to make quick money. The trials will help put that in perspective for your teenage son.

4. Guys write for guys read: Boys favourite authors write about being boys by Arthur Scescka. This is compelling writing about boyhood from a range of male authors. This book is recommended because it’s the kind of book young boys like that help parents to look like they are not forcing the boys to like books. Also because it’s a compendium of these author thoughts on boyhood, your teenager can dip in and out of it.

5. The Rabbit listened by Carr Doerfield. Again this book is younger than that for teenagers but the lessons are profound. So a boy builds a sandcastle and it’s destroyed by a moving truck. He is miserable. Different animals come to give him advice on what to do and he does not care about their suggestions. And they leave. In the end, only the rabbit stayed and listened. This gives the boy courage and he feels loved. This book teaches compassion. We teach our boys how to be men, confident, bold and courageous but we often forget to teach them compassion.

a) Most boys grow up not understanding women. Let the boys read their Mum’s magazines, it helps them get it.

b) Faith books. A boy is never too young to understand the teachings of his faith. Buy him a faith book for his age. The values therein are gems and grooms him to become a better man

c) Unbroken the young adult edition by Laura Hillenbrand is the book about bravery, heroism and survival. This book is about Olympic runner Lous Zamperini who was a world war 11 pilot, survived a wreck over the ocean and was in a Japanese Prisoner of War camp where he suffered horrific torture. It is a book about overcoming and adventure.

d) Any book by Enid Blyton

f) The Martian by Andy Weir. This is a story of a fictional astronaut left behind in Mars. He tries to figure out how to survive while waiting for his crew to come back and get him. A truly adventurous book with science knowledge for a boy in Lockdown.

WHATEVER BOOK YOU CHOOSE FOR YOUR BOYS, LET IT BE FUN. ENCOURAGE HIM, TO READ. IT OPENS DOORS AND AFFECTS CHARACTER POSITIVELY.