Moses, Abeokuta      Fish farmers in Ijebu-Ode, Ogun State, have lamented the loss of a N500 million worth of investment in the July 8… 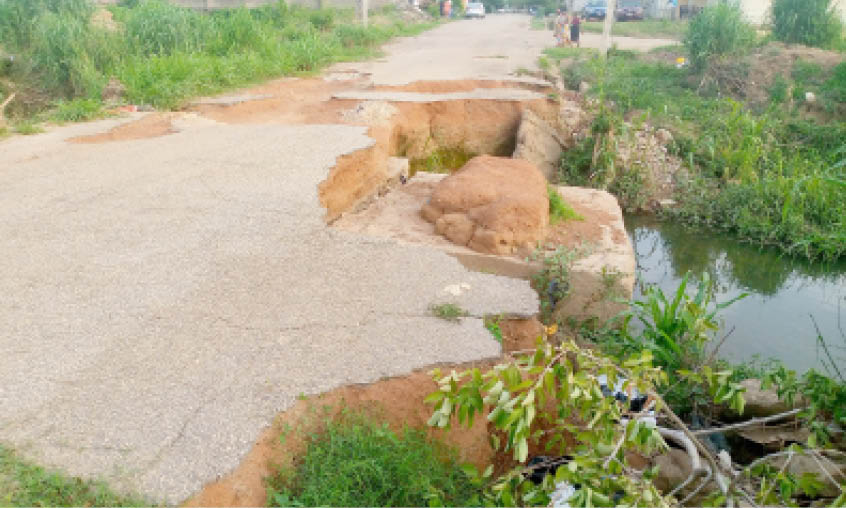 Poor road and drainage system are partly respondible for the flooding

Fish farmers in Ijebu-Ode, Ogun State, have lamented the loss of a N500 million worth of investment in the July 8 flooding, which swept away their fish ponds in the area.

More than 200 farmers, whose ponds were located at Ikangba/Agoro of Ijebu Ode in Odogbolu Local Government Area, said the disaster dealt a huge blow on their investment.

The chairman of the Ikanga Agoro Fish Farmers Association, Lazarus Okole, flanked by the secretary, Mr Oluyemi Oludayo and other executive members, made this disclosure during a press briefing at Ikangba yesterday.

Okole disclosed that the over 200 affected farmers were spread across five clusters of Ifeoluwa, Asejere, Progressive, Joye and Kajola.

He explained that though the farmers had in the past experienced mild flooding, the magnitude and impact of the losses suffered this year were very devastating.

“Except there’s an urgent succour from the federal government and Governor Dapo Abiodun to cushion the effects of the losses, many farmers might die from the debilitating shock of the huge losses.

“The fish farmers believe that this flooding incident is not unconnected with the large volume of water channeled from the ongoing construction of Molipa/Imowo expressway by the state government to the already bad Ikangba road with no drainage, and this goes into Yemule River, which overflows into our various fish ponds, Okole explained.