Despite the massive importation of frozen fish into the country, domestic demand is widening as the cost of feed has forced many farmers out of… 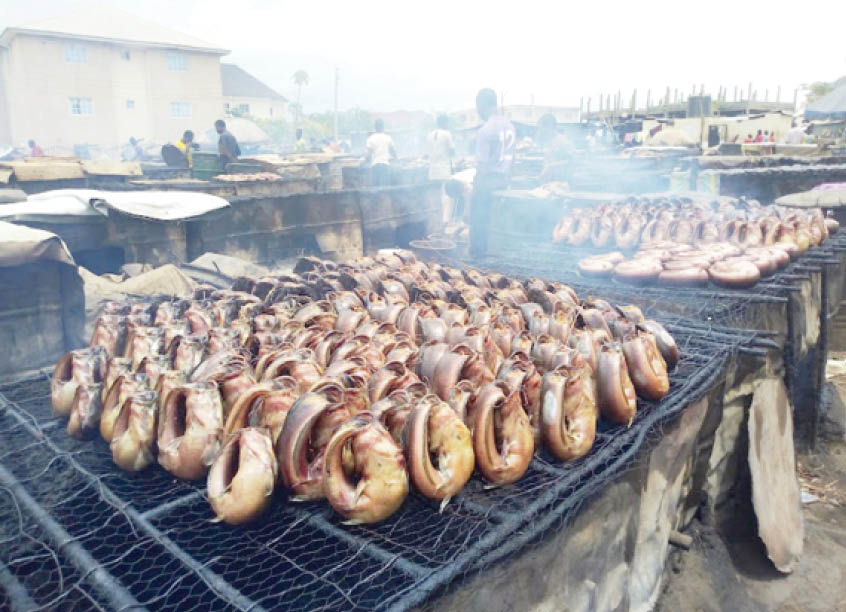 Despite the massive importation of frozen fish into the country, domestic demand is widening as the cost of feed has forced many farmers out of production.

On Monday, the federal government admitted that in spite of the country’s massive importation of frozen fish, the deficit of 2.5 million metric tonnes could not be bridged as the current demand has escalated to more than 3.6 million yearly.

Do something about the economy now

Importation of frozen fish of all types costs the country over N500 billion annually.

Between 2019 and 2020, figures from the National Bureau of Statistics (NBS) showed that the importation had increased from $789.74 million to $1.2 billion respectively, representing 38 per cent (about $480.2 million) increase.

Also, between January and June 2021, statistics from the NBS showed that the country imported the blue whittling specie worth N62.4bn; herrings (forage fish, mostly belonging to the family of Clupeidae) imports cost N35.53bn and mackerel hit N25.75bn.

In the first three months of 2022, the NBS said Nigeria imported N22.7bn worth of fish into the country.

The agency stated that herrings (forage fishes) were the most imported with the sum of N13bn. A breakdown indicates that the N6.2bn of the commodity was purchased from Russia, N5.3bn from Netherlands and N1.4bn from Norway.

This was followed by blue whittlings with N5.5bn of the commodity purchased from the Netherlands, followed by N2.7bn from Russia and N1.3bn from Poland.

The director, Federal Department of Fisheries, Mr  Ime Umoh, while speaking with journalists after declaring open the event on behalf of the Minister of Agriculture and Rural Development, Dr Abubakar Mahmood, said  the Nigerian fish industry produced 1.2 million tonnes from industrial, artisanal and aquaculture subsectors.

However, The WorldFish (a nonprofit research and innovation institution), said Nigeria’s production was below one million tonnes per annum.

“The deficit is only being supplemented by frozen fish importation, so it is being used to bridge the gap until we have a leeway for the farmers to have something to eat.

“The deficit cannot be quantified monetarily; it is a toll on our foreign exchange but is being regulated by the Central Bank of Nigeria (CBN) because it is only the governor of the apex bank that issues Form A to only companies that would bring in frozen fish into the country,” the director said.

The senior advisor, Comprehensive Africa Agriculture Development Programme (CAADP), Mrs Panduleni Elago, told Daily Trust on Sunday at the event that the organisation’s desire was to bridge the gap between the demand and supply of fish.

“Fish is one of the cheapest, yet nutritious sources of food. We want to support everyone in the fishery sector as we strive to end hunger in Africa within three years.

“All over Africa, there is a huge gap in quantity of fish produced, compared to the demand, specifically in Nigeria. There is a gap of about two million tonnes of fish. This emphasises the need to support fish farmers to produce not only for their households but their neighbours as well,” Mrs Elago said.

On his part, Mr Ernest Obi, the head of Agriculture and Food Security Division of the Economic Community of West African States (ECOWAS), said the development of a fishery governance program —PESCAO (the programme for improved regional fishery governance in Western Africa) has been used to grow the sector in West Africa.

“ECOWAS is involved in this project because at the regional level in West Africa, we have a fishery governance project called PESCAO, which is looking at the entire fishery and aquaculture value chain. The PESCAO has been doing quite a lot of good work in promoting and enhancing the fishery sector in West Africa.

“Over the last four years, we have been able to put in place, a regional fishery strategy so that all the 15-member states would develop their fishery sector in a coordinated manner.

“Also, there is illegal fishing in West Africa as people come from other parts of the world to fish and go with our products. So we also have been addressing the issue of illegal fishing by streaming maritime security of member states.

Mr Obi further added that over the last four years, the regional body had been able to put in place a regional fishery strategy that would help all the 15-member states develop their fishery sector in a coordinated manner.

“We have developed quite a lot of aquaculture initiatives in West Africa (Nigeria inclusive) and also embarked upon a capacity development programme.

“Aquaculture can provide employment for unemployed youths in West Africa, and we have some best practices, even in Nigeria, where young people are becoming millionaires because of what they have been able to do in the sector,” he said.

Represented by the acting head of Food Security Unit/AUDA-NEPAD FishGov-2 project coordinator, Cheikh Tidjane N’dongo, he said, “We have come to support our member states, regional communities in the work we need to do on fishery and aquaculture on the continent.

“The project cost is $3m, to be implemented for the support of member states and the support provided by the European Union.”

Meanwhile, a fish farmer, Mr Daniel Mallow, said the high cost of feed had since forced many farmers out of business, adding that those still doing it gained little or nothing.

“Since the beginning of COVID-19, most of our colleagues are just managing with little or no profit at all. The large scale producers can gain something small, but small farmers cannot make anything. Imagine that a bag of feed that was sold at N2,500 before the COVID-19 is now above N9,800, so how can you stay in the business? Many have to simply close down while others have cut down production,” he added.