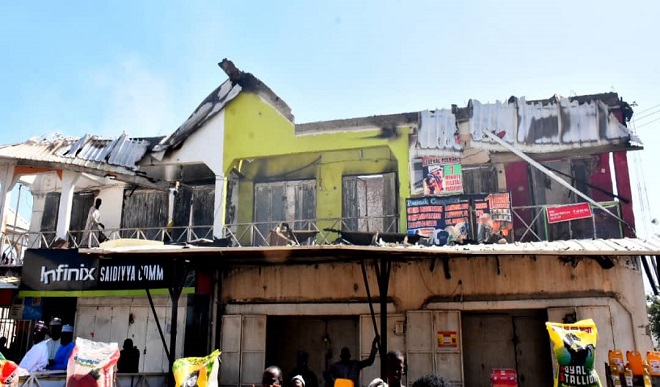 Fire disaster has razed down shops and Properties worth millions of naira at GSM market popularly known as Container’ in part of Wunti market in Bauchi metropolis.

A security guard at market, who don’t want to be named said the fire outbreak started around midnight.

The fire which was suspected to have been caused by electricity fault destroyed 12 shops in the market.

The state Governor Senator Bala Muhammed, who visited the market to commiserate the victims, expressed shock over the unfortunate incident and advised the victims to consider the incident as an act of God.

Represented his deputy Senator Baba Tela, the governor directed the State Emergency Management Agency to provide relief materials for the victims adding that government will take measures to end the rampant cases of the fire outbreak across the state.

Responding the chairman of Wunti Market Traders and Artisans Association Malam Iliyasu Nuhu thanked the governor for the visit and appeal for government intervention to enable the victims return to the business.