The failure of the 12 presidential aspirants of the Peoples’ Democratic Party, PDP, to agree on a consensus candidate has delayed the start of the… 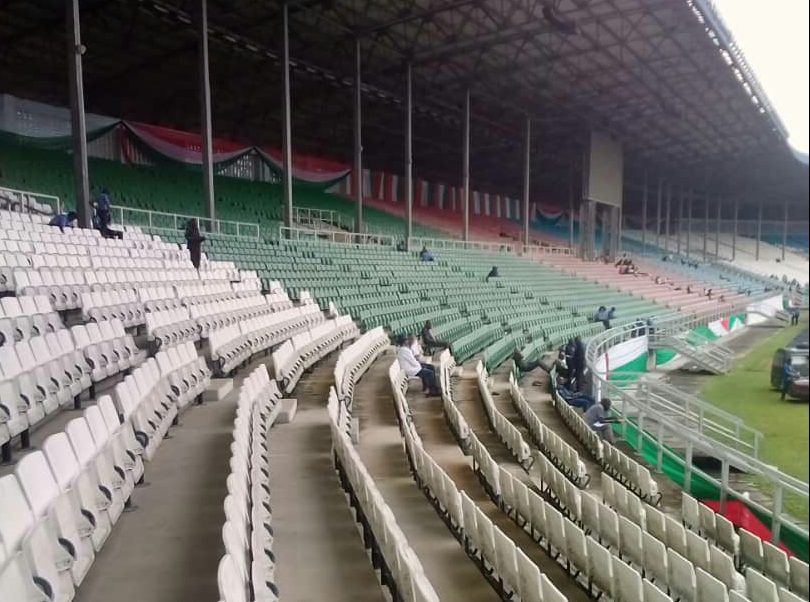 Lots of seats at the PDP convention venue yet to be taken by delegates. Photo by Bassey Willie

The failure of the 12 presidential aspirants of the Peoples’ Democratic Party, PDP, to agree on a consensus candidate has delayed the start of the party’s convention in Port Harcourt.

The 12 aspirants met earlier in the day but after almost an hour of deliberation, there was no agreement on a consensus candidate.

According to a reliable source, the meeting ended in deadlock as all the aspirants vowed to continue with their campaign.

“It was difficult to agree on a consensus candidate as each of the aspirants argued on their individual strengths and urged others to step down. The power brokers in the party are looking at this and how to avert any post-convention crisis. Meetings and consultations are expected to continue,” the source said.

Few minutes after the meeting, there was celebration in the camp of the governor of Sokoto state over the rumour that the former Accountant – General of the Federation and governor of Gombe state, Ibrahim Dankwambo has agreed to step down for the former speaker of the House of Representatives.

However, the rumour has been denied by the Dankwambo camp. One of his aides who craved anonymity said it is not possible for the two-term governor to step down for Tambuwal who recently re-joined the party

The convention originally billed for 10am is yet to start as at the time of filing this report at 5:05pm.