FIFA World Cup and the Unity of Africa

By Zayd Ibn Isah The 2022 World Cup in Qatar has yet again brought to the fore, the concept of a United States of Africa.… 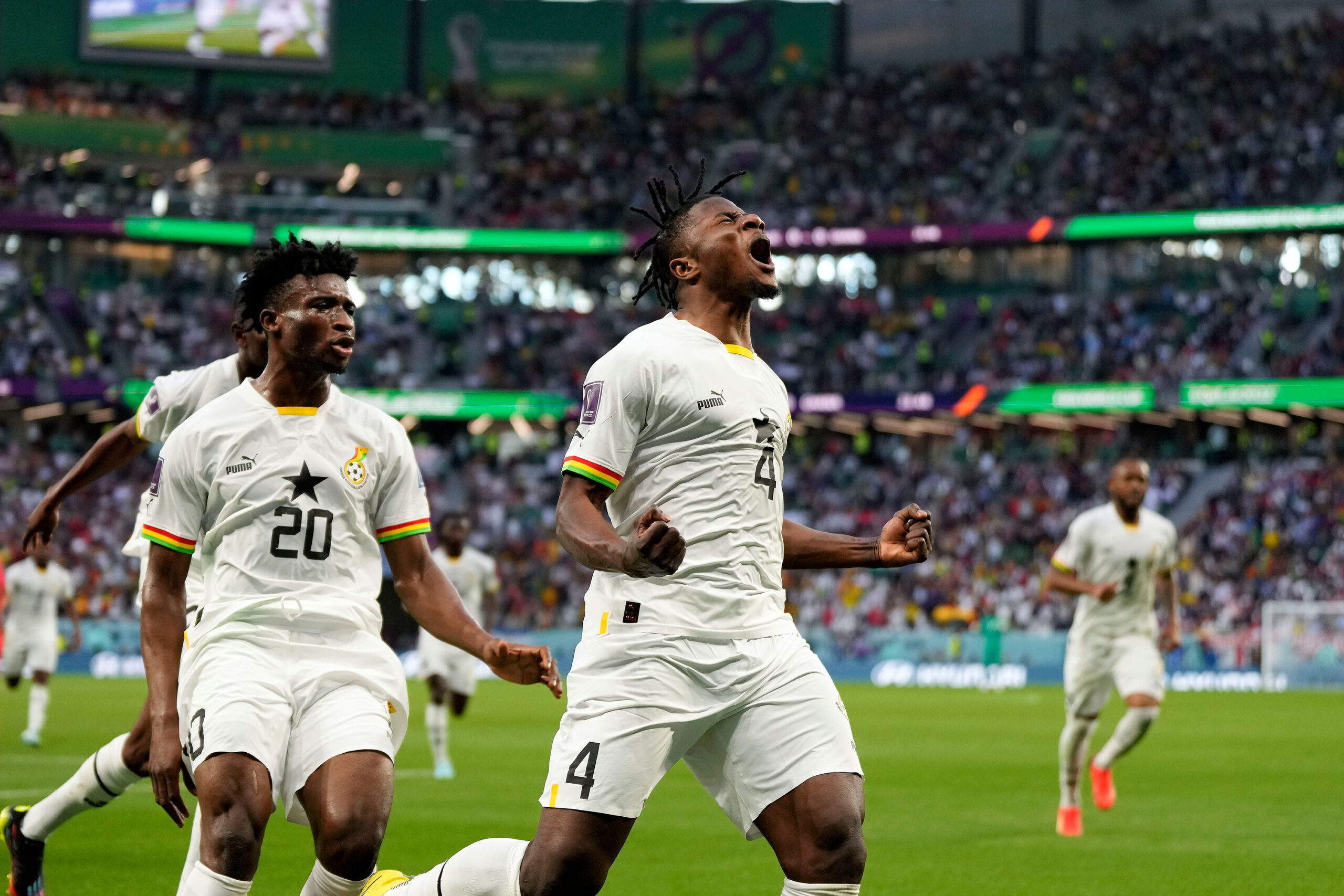 The 2022 World Cup in Qatar has yet again brought to the fore, the concept of a United States of Africa. This concept originated from Marcus Garvey’s 1924 famous poem—“Hail, United States of Africa.” The aim is to bring all the 54 sovereign States under one umbrella to work together, and not to work at cross purposes, in order to be as powerful as the United States of America. It is this same clamour for a United Africa that birthed the African Union. Now, whether a United Africa with a singular language and currency is possible will most likely remain a story for another day.

Back to the World Cup in Qatar: FIFAʼs top tournament is not only the biggest in global football, but has been proved over and over again to be the most watched sporting event in the world. It was first held in 1930 under the era of FIFA President Jules Remet with Uruguay as the host country. The choice of Uruguay to host the tournament did not sit well with European countries. It meant a long costly trip across the Atlantic Ocean. A risk they were not ready to take, but after much pressure from the FIFA President, France, Hungary, Belgium, Romania and Yugoslavia caved in and sent representatives to Uruguay for the World Cup. In total, thirteen nations participated in this inaugural World Cup.

Perhaps, you might be wondering why there was no African team among these thirteen nations to represent the continent. Obviously, such a thing would at least raise eyebrows nowadays, but the 1930s were an entirely different time: by then, no African nation had gained independence, let alone form a football squad.

The FIFA World Cup has evolved over the years, expanding to let a total of 32 nations compete for the coveted trophy every four years. This year’s tournament is set to be the last with 32 teams participating, with the slots to increase to 48 teams for the 2026 edition which will be jointly hosted by Canada, Mexico and the USA. The United States reportedly holds much of hosting rights; it is billed to host 60 matches, including every match from the quarterfinals, while Canada and Mexico will host 10 matches each. Massive, right?

South Africa became the first African country to host the World Cup in 2010. This particular edition occupies pride of place in the history books as one of the best, most colourful and memorable World Cups ever hosted. The tournament attracted over three million spectators to the 64 games, held across 10 stadiums in nine selected South African cities.

Since the inception of this prestigious tournament in 1930, 21 World Cups have been played (with Qatar 2022 being the 22nd edition), and 20 of the trophies have been split between eight countries alone: Brazil, who have appeared in all editions of the tournament, are its highest winners with a record five times; Germany and Italy are tied at four each; countries like Uruguay, Argentina, and France have all lifted the Mundial twice, with Les Blues currently the reigning champions, having won the last World Cup final in Russia 2018; England and Spain can boast of having won the trophy at least once, in 1966 & 2010 respectively.

However, it is sad to note that only three African nations have managed to advance to the quarterfinal stages of the World Cup since Egypt first participated in 1934: Cameroon in 1990, Senegal in 2002 and Ghana in 2010. Those are the best performances by African countries at the global stage, with Ghanaʼs 2010 run being the most memorable. The Black Stars had been absolutely remarkable as they advanced and gained continental support in 2010. You could say that the collective hopes of one continent lay on the shoulders of one team alone. What eventually happened is a tale as legendary and heartbreaking as any epic Homer could have penned.

Ghana was just on the brink of leaping into a record semi-final of the tournament, until Luiz Suarez became a villain and used his “Hand of the Devil” to deny the Black Stars a clean goal. well-deserved golden opportunity. This dastardly act was duly punished and subsequently, Ghana was offered a golden opportunity via penalty kick. There was so much hope that it seemed a spot at the semifinals against the Netherlands was already in the bag. Top striker, Asamoah Gyan stepped forward to take the penalty and seal a charmed fate. And alas, just like the downfall of great tragic heroes, his overconfidence made him balloon the ball over the crossbar. Like play like play, as we often say in our local pidgin, an entire continent’s dream of winning the World Cup for the first time was dashed to painful pieces.

Knowing that the iconic golden trophy would not come to Africa soon enough, many Africans have taken to consoling themselves by attributing France’s World Cup winning triumph over Croatia in 2018 as a secondhand victory for Africa, since more than half of the French players were children of African descent.

Qatar 2022 is another opportunity for the continent to try again. Of the five African teams that went to Qatar to represent the continent, only Senegal and Morocco have been able to weather the storm and advance to the knockout stages of the competition. And with the Terenga Lions’ humiliating defeat in the hands of the Three Lions of England, Morocco remains the only hope of Africa winning the 2022 World Cup in Qatar.

The Atlas Lions surprised us all after beating Canada to progress to the next stage of the World Cup as group leaders, even ahead of two occasional favourites: Belgium and Croatia.
Although Senegal’s defeat against the Three Lions may be because of the absence of their talisman, Sadio Mane, who was out, injured, but they put up a good fight.

Away from the performances of African teams at the World Cup, there is the issue of how their fans have conducted themselves so far. There is a heartwarming video making the rounds on social media of a Moroccan fan dancing with Senegal supporters in the latter’s historic victory over Ecuador. Apparently, this football tournament has proved to be the only period Africans put their differences aside in order to unite for a common purpose. At the local level, football has united us more than ever before. In Nigeria, for example, football tournaments at the international level have become the only period where major and minor tribes in the country unite to support the Super Eagles, irrespective of religion, region and ethnicity.

Now, here’s a singular incident to demonstrate how huge the role football has played in bringing peace and stability to African countries. At the height of a civil war in Cote d’Ivoire in 2005, Didier Drogba—a former Chelsea legend and one of the most iconic strikers this continent has ever produced, appealed to the warring parties to sheath their swords and give peace a chance. He made this appeal after winning Cote d’Ivoireʼs qualifying match for the 2006 World Cup in Germany. As that would be the first time his country would represent the continent at the prestigious tournament, Drogba understood the significance it bore for all Ivorians.

Drogba’s call for unity is believed to have led in part to the signing of a peace accord between the government and rebel groups in 2007. When the peace accord broke down and resumed in 2011, the Ivorian icon was again, part of efforts to restore peace, this time around as an official envoy in an 11-member Truth and Reconciliation Commission established to ease the country’s divide.

But, It is instructive and sad that amongst all of the things held dear in the modern world, a football tournament is often the only period we can come together as one. There is something deeply wrong with us as a people. In a time where divisions have led many to nothingness, it is imperative we bolster efforts to strengthen the unity of Africa through renewed spirits of Pan-Africanism. We need to take pride in ourselves and our continent, and we need leaders in the mould of Kwame Nkrumah, Nnamdi Azikiwe, Abubabkar Tafawa Balewa, Obafemi Awolowo, Nelson Mandela, as well as other iconic leaders in the past, to lead the charge. A truly united Africa would be such a force the like of which the world has never seen before.

With that being said, the 2022 World Cup in Qatar is turning out to be one of the most exciting and awe-inspiring tournaments FIFA has ever held. For one, it has reinforced the unique allure of the underdog myth, much to the surprise and chagrin of football experts, gamblers and pundits. Now, all we can do is hope that Morocco would prove astounding enough to upset the odds and bring the trophy home, fulfilling a dream that nearly came true in South Africa 2010.

May their roads be rough! (Apologies to Tai Solarin).

Zayd Ibn Isah writes from Abuja. He can be reached via isahzayd@gmail.com