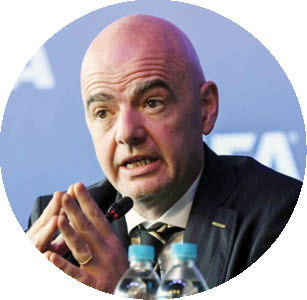 The sports governing body fined him one million Swiss francs ($1.06 million) after a probe into bonus payments.

FIFA said in a statement on Tuesday that the investigation into Kattner covered various charges concerning bonus payments in relation to FIFA competitions that were paid to top management officials (including Mr Kattner).

“The adjudicatory chamber of the independent Ethics Committee has found Markus Kattner, former FIFA Deputy Secretary-General and Acting Secretary-General, guilty of conflicts of interest and having abused his position, in violation of the FIFA Code of Ethics.

”various amendments to and extensions of employment contracts, reimbursement of private legal costs, and Kattner’s duties as an official”.

The 45-year-old Kattner, who holds German and Swiss citizenship, joined FIFA as Director of Finance in 2003 and four years later became Deputy Secretary-General.

He became Acting Secretary-General in September 2015, after the departure of Valcke, but was then fired in May 2016.

According to the Ethics Committee’s final judgment, Kattner argued that the ethics process against him had not been fair and that he did not grant any bonus payments either to himself or to anyone else in the top management.

The official can appeal the FIFA ban to the Court of Arbitration of Sport in Lausanne, Switzerland. (Reuters/NAN)