The Head of the Civil Service of the Federation, Dr Folashade Yemi-Esan, has said that the Federal Government is committed to the review of the… 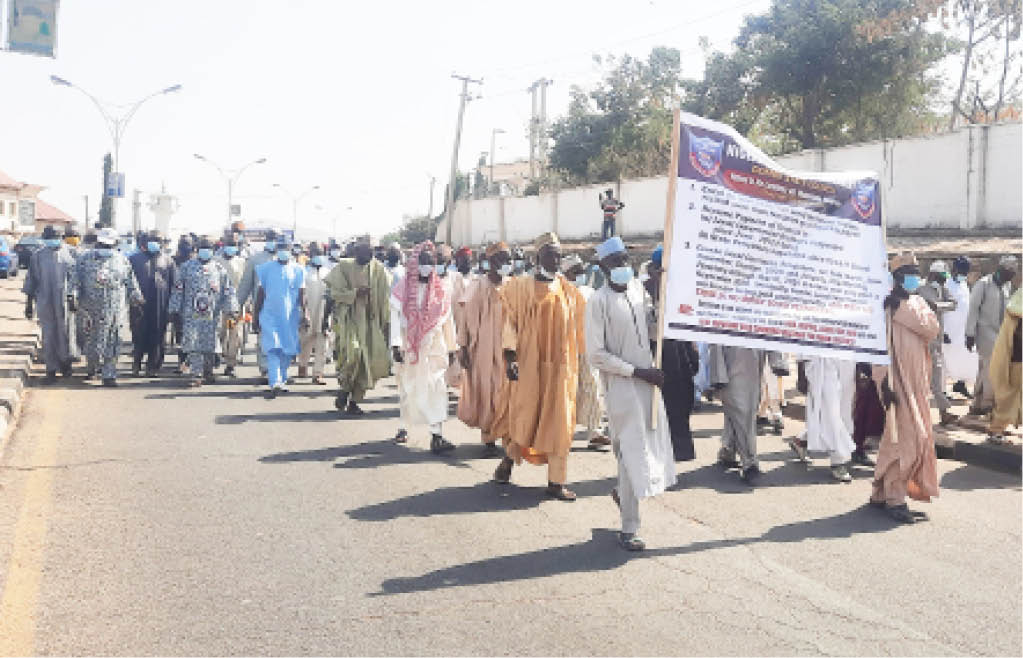 Pensioners in Gombe during a peaceful protest over unpaid gratuities, pension, recently

The Head of the Civil Service of the Federation, Dr Folashade Yemi-Esan, has said that the Federal Government is committed to the review of the Pension Reform Act, 2014 which it sees as a major assignment which must be approached headlong and with every sense of responsibility.

She said this on Thursday in Abuja at a townhall meeting on “Effective Pension Administration in the Federal Public Service”.

She said the Joint National Public Service Negotiating Council, the umbrella body of the unions in the Public Service in its meetings over the past six years have continued to bring to the fore some of the challenges encountered by its members due to the implementation of the Act.

“We have also received submissions from the Contributory Pensions Union of Nigeria, while a number of officers had also echoed the need for the review of the PRA 2014 to enhance the welfare of officers.

“Thus, the Office of the Head of the Civil Service of the Federation has identified the review of the Pension Reform Act, 2014 as a major assignment which must be approached headlong and with every sense of responsibility,” Yemi-Esan said.

She noted that the enactment of the Pension Reform Act, 2004 was a major watershed in pension administration in Nigeria.

“For the Public Service particularly, a new Contributory Pension Scheme (CPS) was instituted to replace the Defined Benefit Scheme (DBS) and new agencies of Government such as the National Pension Commission (PENCOM) and the Pension Transitional Arrangement Directorate (PTAD) were established for the management of both the new and old schemes.

“I wish to note that both PENCOM and PTAD have done a lot of work and recorded major milestones since their establishment. However, these achievements were also accompanied by several teething problems, a number of which have not been surmounted overtime,” she said.

She said that this is why it is relevant to state that, notwithstanding the reassigning of the functions of the erstwhile Civil Service Pension Department and other similar departments under the Office of the Head of the Civil Service of the Federation to PTAD, the office still has the core mandate of providing policy direction for the management of all human resource-related matters of the Federal Government.

She added that it is in this regard, that the office continues to receive and address complaints on myriad pension-related issues emanating from officers who retired under both the Defined Benefits and the Contributory Pension Schemes.

She said that in a collective bid to support retirees in resolving these complaints, her office established a standing committee on pension matters comprising her office, PENCOM and PTAD.