The Minister of Information and Culture, Alhaji Lai Mohammed, has said the federal government will roll out the Digital Switch Over (DSO) in Lagos state… 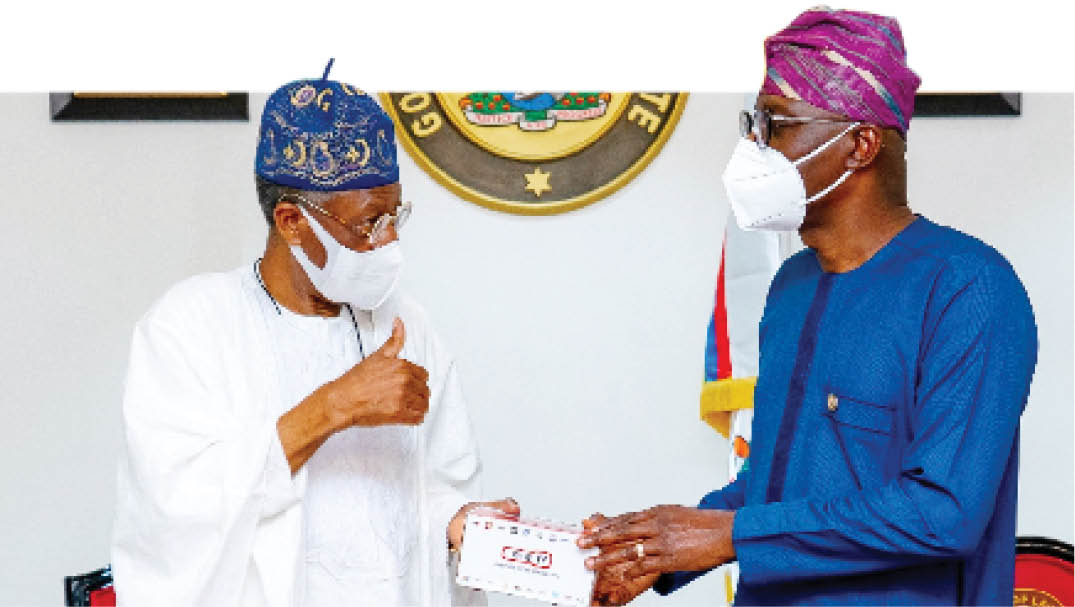 From left: Minister of Information and Culture, Alhaji Lai Mohammed presents a FreeTV Set Top Box to Lagos State Governor, Mr Babajide Sanwo-Olu, during a courtesy visit of the Federal Ministerial Taskforce on Digital Switch Over at the Lagos House, Marina at the weekend

The Minister of Information and Culture, Alhaji Lai Mohammed, has said the federal government will roll out the Digital Switch Over (DSO) in Lagos state on April 29, 2021, which could create one million jobs in the three years.

The minister who led the Ministerial Taskforce of the Federal Ministry of Information and Culture on DSO on a courtesy visit to Governor Babajide Sanwo-Olu, said the DSO would lead to the creation of jobs in the manufacturing of Set Top Box or decoder manufacturing, TV production, film production, distribution such as the supply of STBs, TVs and Dongles for the internet as well as TV and online advertising.

“The same transmission channel used to broadcast a single analogue programme could carry a multiplex of up to 20 digital programmes of equivalent quality and that explains why the DSO television platform, branded as FreeTV, offers its viewers about 60 digital channels, including sports, music, movies, and news,” he explained.

The DSO was rolled out in Jos on April 30th 2016 and had since then been rolled out in four more states including Kwara, Kaduna, Enugu and Osun and the Federal Capital Territory (FCT).

He said after launching the DSO in Lagos, Kano will follow on June 3, Rivers on July 8, Yobe on July 15 and Gombe on August 12.

Responding, Sanwo-Olu expressed determination to support the take-off of the DSO in the state.