FG to begin enforcement of water test for boreholes – Minister

The Federal Government is planning to enforce a mandatory water test policy for the drilling of boreholes and other water projects. The Minister of Water… 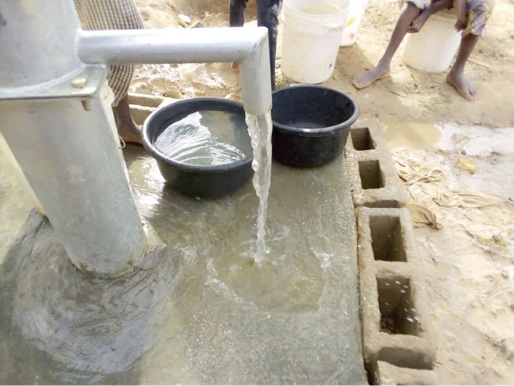 The Federal Government is planning to enforce a mandatory water test policy for the drilling of boreholes and other water projects.

The Minister of Water Resources, Malam Suleiman Adamu, announced this on Sunday when he appeared as a guest on the News Agency of Nigeria (NAN) interview forum in Abuja.

Adamu said this policy is part of the Federal Government’s efforts to strengthen its National Reference Laboratories to solve the problems of water quality, standards and monitoring in Nigeria.

“We are going to come up with a policy in all our water projects that when you drill boreholes, part of the condition is you must do water tests,” he said.

Adamu said that periodic water tests and quality water surveillance were being carried out in adherence to the Nigerian Standard for Drinking Water Quality.

“For our own projects, the water quality test should be conducted within our laboratories.

“In that way, we keep them busy, but we also use the laboratories for surveillance because we are also in charge of water quality surveillance.

“So, periodically, we go out, we test not only existing water supply schemes, but also the rivers with the source of the raw water,” he said.

Adamu said that the ministry was equally giving priority to the completion of the National Reference Laboratories.

“We give priority to the completion of the laboratories. They are among the projects that we prioritise for completion, and we are working very hard to complete them.

“We’ll take a few that can be run directly by the government.

“We may also align some of them with universities or maybe some arrangement for others to run them,” he said.

The minister said this was because there were certain tests or certain situations where one needed to authenticate some of the water quality tests.

He reiterated that the priority of the Federal Government is to complete the already existing laboratory to strengthen them and authenticate water quality tests.

Adamu explained that sometimes when there was an outbreak of infections, relevant tests were conducted to authenticate some of the hypotheses around the causes of the infections. (NAN)