The federal government has raised a Technical Working Group (TWG) to increase investments in infrastructure nationwide as a means to grow the economy. The Minister… 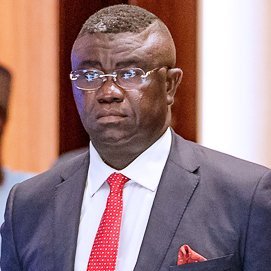 The federal government has raised a Technical Working Group (TWG) to increase investments in infrastructure nationwide as a means to grow the economy.

The Minister of State for Finance, Budget and National Planning, Clem Agba, chaired the inaugural meeting of the group for the National Council on Infrastructure in Abuja on Wednesday.

He said the government was determined to address the infrastructure gaps by ensuring consistent budgetary allocations for capital projects at 30 per cent in the annual budget since 2016.

“To this effect, the national infrastructure stock has increased from 25% in 2014 to at least 35% in 2020. There’s a need to do more, which has necessitated the inauguration of the National Council on Infrastructure, along with its TWG, to essentially bring together stakeholders from MDAs and the private sector to fast track delivery of priority projects and programmes.”

The group will work to coordinate the National Integrated Infrastructure Master Plan, both in the short-term and long term.

According to him, the TWG is also expected to provide policy guidance to the council towards driving the sustainable implementation of the master plan.

“It is in this regard that today’s event is crucial to the achievement, landmark and overall plans of the NIIMP.”

The council will create a model for the National Infrastructure Advisory Council as stipulated in its mandate, to ensure political commitments towards increased funding for infrastructure development in Nigeria,” the minister added.