The Federal Government is looking at the best options in terms of the surveillance of tge Abuja-Kaduna rail line, including concessioning it in a Public… 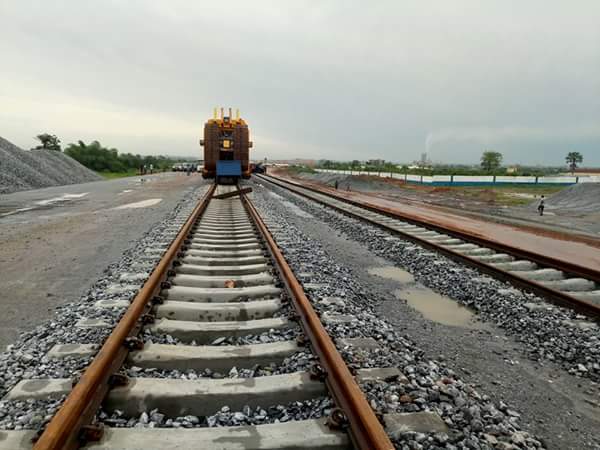 The Federal Government is looking at the best options in terms of the surveillance of tge Abuja-Kaduna rail line, including concessioning it in a Public Private Partnership (PPP) arrangement.

The Minister of Transportation, Muazu Sambo, disclosed this to State House reporters yesterday after the Federal Executive Council.

The government had in the 2022 budget earmarked N71, 671,088,783 for the installation of acoustic sens­ing security surveillance system for Abuja-Kaduna rail project.

The minister stressed the need to have surveillance facilities to monitor the tracks.

“We’re looking at so many options, we want to go for the best one, a sustainable one and ultimately, whatever we have as a template between Abuja and Kaduna that succeeds will also serve the thousands of kilometers of rail lines across the country,” he said.

The minister said it would be insensitive to the plight of the families of the abducted Abuja-Kaduna train passengers to reopen the train service now.

He said the government had been working round the clock to find technology-based solutions that would make the country’s railway services more secure and prevent a recurrence of the Kaduna-bound train attack.

“There’s a solution that the Kano State Government has employed for the Felgore Forest, sanctioned by the DSS. We’re looking at that. We’re also mindful of costs. Now, if for example, you’re going to spend between N3bn and N9bn just to provide surveillance or monitoring system along the Abuja-Kaduna rail line alone, how much is government going to spend for the entire country?

“So, we’re also looking at the PPP options. For example, there are notable companies that have solved this thing outside this jurisdiction where we give them the right of way, the infrastructure and the personnel and then we pay as we go, which is a more attractive option.”

The minister disclosed that the FEC approved a contract for the Nigerian Railway Corporation worth N1.49bn for the repair of crane.