The federal government Thursday said it has identified individuals, companies and forex operators with links to terrorism financing in Nigeria.  The revelation came about the… 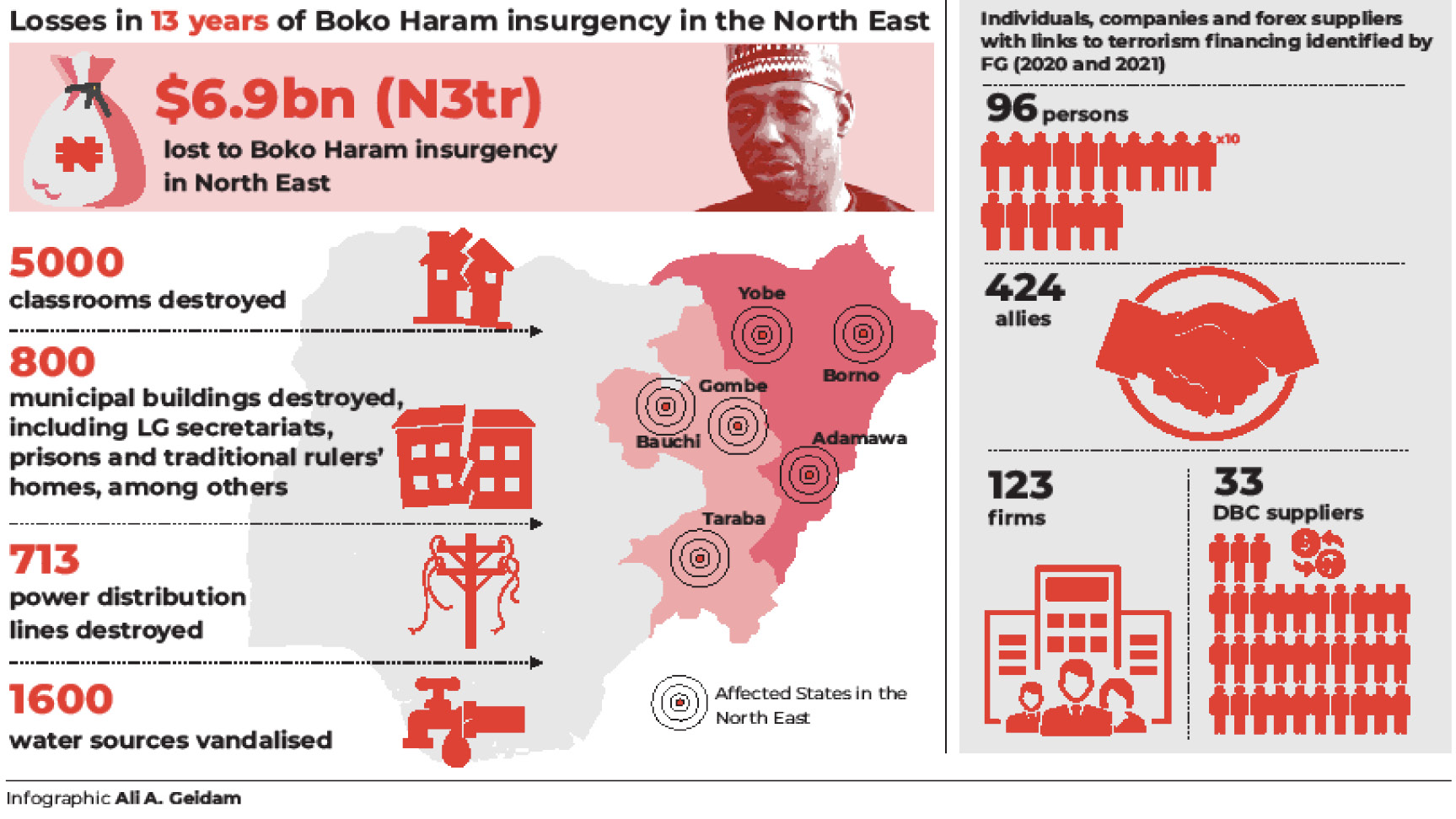 The federal government Thursday said it has identified individuals, companies and forex operators with links to terrorism financing in Nigeria.

The revelation came about the time when many families of Bureau De Change (BDC) operators took a protest to the palace of the Emir of Kano, Alhaji Aminu Ado Bayero, over the prolonged incarceration of their husbands, parents and children by the Nigerian authorities without arraigning them in court.

Daily Trust had severally reported how dozens of BDC operators and their allies, some of them with agents in the United Arab Emirates (UAE), had been arrested over links to terrorism financing.

However, their families and acquaintances had faulted the claim saying they were into legitimate businesses. They called on relevant authorities to subject them to fair hearing in courts.

The Minister of Information and Culture, Alhaji Lai Mohammed, while addressing newsmen in Abuja on Thursday, disclosed that the federal government had established that some individuals, their allies and some companies have links to terrorism financing.

Mohammed said the Economic and Financial Crimes Commission (EFCC), the Independent Corrupt Practices and Other Related Offences Commission (ICPC) and the Nigerian Financial Intelligence Unit (NFIU) investigated various graft cases between 2020 and 2021, resulting in the recovery of looted assets running into hundreds of billions of naira and foreign currencies.

On terrorism, he said analysis by the NFIU between 2020 and 2021 revealed 96 financiers of terrorism in Nigeria, 424 associates/supporters of the financiers, involvement of about 123 companies and 33 bureaux de change.

The minister also said NFIU records showed that 26 suspected bandits/kidnappers and 7 co-conspirators were also linked to terrorism financing in the country.

According to him, the analysis has resulted in the arrest of 45 suspects who, he said, would soon face prosecution and seizure of assets.

Lai Mohammed said from its analysis of tax evasion and tax avoidance linked to corruption, the NFIU had identified N3.9 trillion in VAT and N3.7 trillion in Withholding Tax due to the government.

“NFIU has also sent 1,165 intelligence reports on cases of corruption, money laundering and other serious offences to 27 domestic agencies for investigation, prosecution and asset recovery,” he said.

He said during the same period, 2020-2021, the organisation returned fraudulently-obtained funds totalling US$103.7 million; 3,000 Pound Sterling; 7,695 Singapore Dollars and 1,091 Euros to 11 countries of victims who came into the country.

The minister also revealed that ICPC, through its Constituency and Executive Projects Tracking Initiative traced 2,000 projects worth over N300 billion.

Governor Babagana Zulum of Borno State on Thursday put the total losses suffered by the North East as a result of terrorism at about $6.9billion dollars, which is about N3 trillion.

Daily Trust reports that for nearly 13 years, the Boko Haram fighters have been waging war against the Nigerian State.

Governor Zulum said the losses so far as a result of the crisis included over 5, 000 destroyed classrooms, 900,000 homes burnt beyond repairs, 713 damaged energy distribution sources, as well as 1,600 destroyed public water sources, among others.

Zulum, who decried the humanitarian crisis in the region, said problems have forced many internally displaced people to go into prostitution.

The Borno governor also warned that Boko Haram’s menace will be “a child’s play” if the Islamic State’s West Africa Province (ISWAP) is allowed to grow in the country.

He gave the warning on Thursday while appearing on the weekly briefing organised by the Presidential Communication Team at the State House, Abuja.

Zulum, who asked the Nigerian Army to re-strategise and defeat ISWAP, said the group, which posed a threat to the entire nation was building up in Borno State by exploiting its closeness to the Sahel. While speaking on the successes achieved so far in the war against insurgency in the North East, he said: “All that I have said now would never have been feasible without the support of the government. But notwithstanding all the contributions of the federal government, we still have some challenges.

“One, I said it before, a growing number of ISWAP in some parts of the state is a matter of great concern to everybody. Luckily, I was told there was military deployment yesterday to southern Borno State to fight the insurgents in the Tudun Katarangwa area.

“ISWAP will be a threat to the entire nation. Because of its proximity to Sub Saharan Africa, they are coming from Libya and others resettling here,” he said.

He also urged President Muhammadu Buhari to re-engage external mercenaries for additional support in the battle against terrorism.

Governor Zulum underscored the need to sanitise the recruitment process into the armed forces, police and other security agencies in order to address the security challenges.

He criticised the involvement of VIPs in the recruitment process of various security agencies.

Zulum said that the 2023 general elections must not be allowed to shift attention away from the need to tackle the insecurity in the North East and other parts of the country.