The federal government has honoured states that have performed well in the provision of routine immunisation and COVID-19 vaccinations in the country. Nasarawa State was… 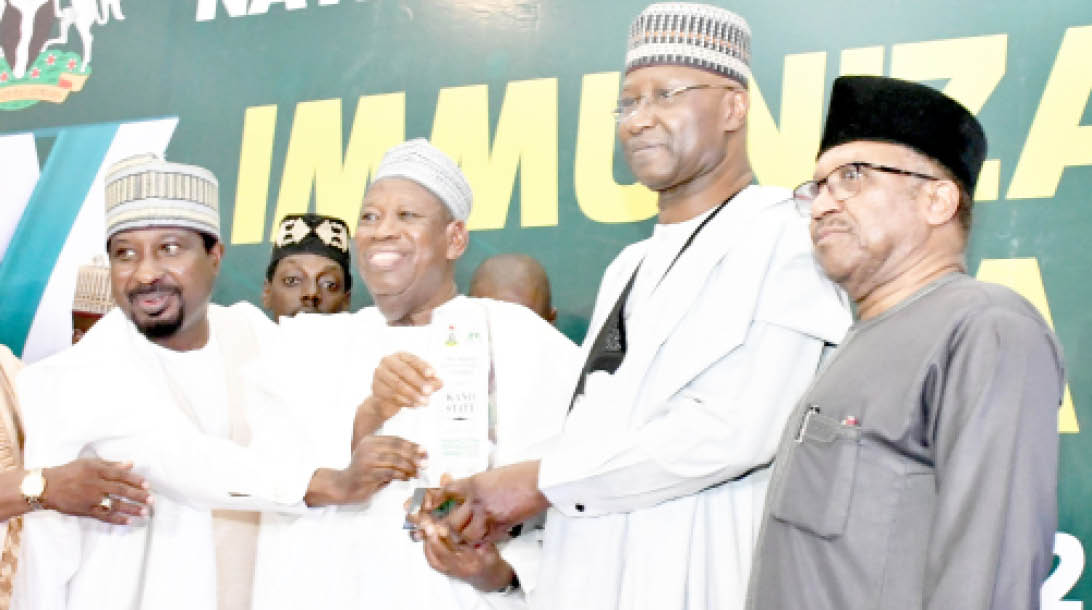 L-R: Chairman, Senate Committee on Appropriation, Senator Barau Jibrin; Governor of Kano State, Dr Abdullahi Umar Ganduje receiving the Overall Award of Most Improved State for COVID-19 vaccination from the Secretary of the Government of the Federation, Boss Mustapha, and the Minister of Health, Dr Osagie Ehanire, during the Immunization Performance Award 2022 in Abuja weekend Photo: Felix Onigbinde

The federal government has honoured states that have performed well in the provision of routine immunisation and COVID-19 vaccinations in the country.

Speaking during the ceremony organised by the National Primary Health Care Development Agency (NPHCDA) in Abuja at the weekend, the Secretary to the Government of the Federation, Boss Mustapha, enjoined the awardees to see it as appreciation for a job well done and motivation for greater performance.

He said while there is an “impressive decline” in deaths arising from COVID-19 as a result of the ongoing vaccination, “We should not rest on our oars as the virus is still very much with us. And as we know, it mutates, making it more dangerous and deadly.”