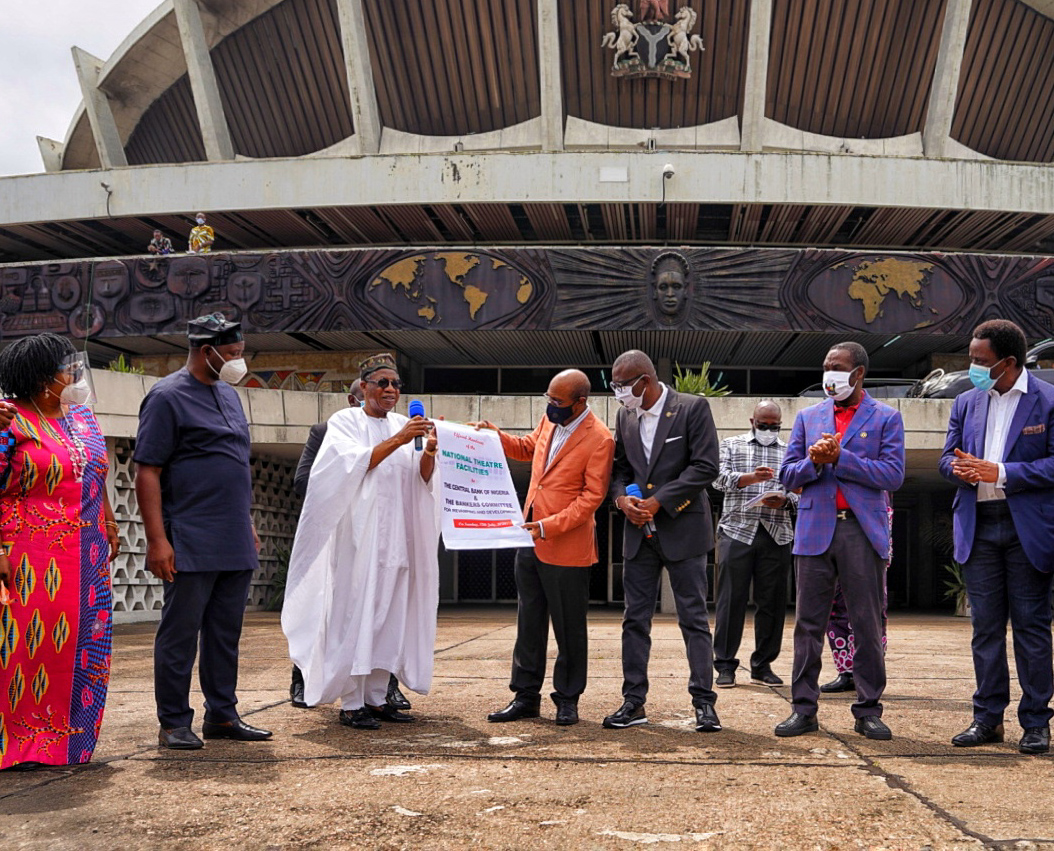 The information and culture ministry has handed the National Theatre over to the Central Bank and the Bankers Committee in a deal that will see the monument renovated in a N25 billion deal.

Information minister Lai Mohammed insisted the entire and the adjoining 134-hectare fallow land around was only being given over for renovation work in a public private partnership.

The National Theatre has had no major renovation in the last 40 years. It was established to encourage performing arts countrywide and create opportunities for artistes.

It was also meant to aid promotion of social development.

The monument, located at Iganmu, Surulere, Lagos, was completed in 1976 in preparation for the Festival of Arts and Culture (FESTAC) in 1977.

The collection of National Gallery of Modern Nigerian Art is housed in a section of this building.

Mohammed said the Theatre in its current state was not “living up to its billing”.

Icon, not to be ceded

“The iconic National Theatre remains a national heritage and will not be ceded to     any person or group, as some have chosen to frame what we are doing     here today” he said, according to a statement on Sunday.

The renovation is to come in two phases. The first phase will see the Theatre restored and upgraded to its “glory days”, estimated to cost N7 billion.

It will include upgrade of the main halls, cinema halls, conference hall, banquet hall, press hall and the bar, installation of new seats, upgrade of sanitary facilities, installation of lifts, acoustics and specialist lightings and replacement of air conditioning, lighting and plumbing.

The creative clusters will be supported by a multi-storey parking to accommodate 1,000 cars, a visitors’ welcome centre which will house commercial and retail facilities, as well as     administration and management offices.

Mohammed said the project is not expected to cause job losses but create up to 10,000 more.

“’The good news is that this project will not lead to a single job loss. Instead, it will create more. Some 6,000 jobs will be created during the construction phase, while the completed project could generate up to an additional 600 permanent and 2000 to 3000 call-on/call-off jobs. This is as good as it gets!” he said.

The project is expected to be completed in 18 months.