The federal government has given oil marketers the liberty to determine price of petrol. 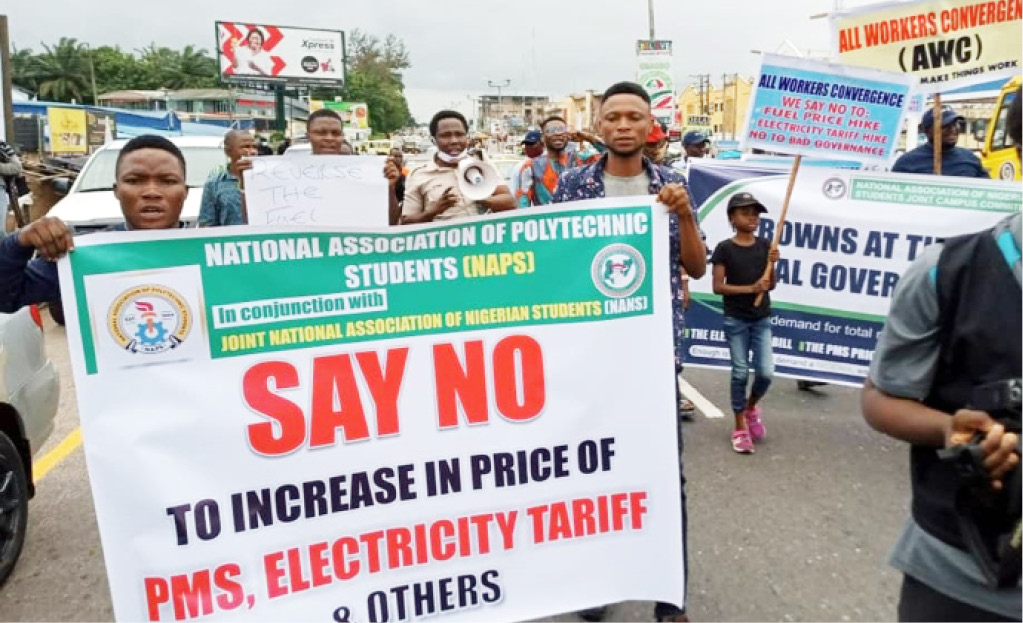 The federal government has now given oil marketers the full liberty to bargain, import and determine how much they will sell petrol to the citizens.

This was disclosed on Tuesday by the Petroleum Products Pricing Regulatory Agency (PPPRA).

Why marketers have not resumed fuel importation — FG

The agency said the full deregulation of the downstream petroleum sector had already begun and the government would no longer fix the pump price of petrol in the country.

The Pipeline and Petroleum Marketing Company (PPMC), a subsidiary of the Nigerian National Petroleum Corporation (NNPC), had on September 2, announced a new ex-depot price of N151.56k for PMS against the N138.62k announced in August.

The development led to an increment in the pump price of the product to between N160 and N163 in filling stations across the country.

However, with Tuesday’s announcement of complete deregulation of the price of petrol and its accompanying complications, stakeholders in the industry have differed on what awaits the economy and Nigerians.

While some of them said the development would make petrol and other commodities more expensive, others said the price would gradually come down like what happened in the communication sector.

Others said the only way deregulation of the oil sector would become useful to the citizens is when Nigeria begin to refine its crude to oil the local market and also save foreign earnings.

At a press briefing in Abuja, the Executive Secretary of the PPPRA, Saidu Abdulkadir, also said this would play out fully when many marketers resumed the importation of fuel.

He said presently, foreign exchange challenges and prevailing economic uncertainty have been preventing the marketers from importation.

Represented by the General Manager, Administration and Human Resources of PPPRA, Mr Victor Shidok, Abdulkadir said: “With government’s pronouncement that the sector is deregulated means that prices would strictly be based on the forces of demand and supply.

“You can have a regulator that always serves as a watchdog to see how these forces are being played out; how the interests of all operators and consumers are taken care of.

“It is a market that is open based on bargaining power and based on where you source your product.

“Petroleum Products Marketing Company (PPMC) is a marketer; it also sells the product and also carries out the analysis as to the price it wants to sell the products to its customers.

“That is the announcement they always make after doing an analysis of their cost and analysing their margins,” he said.

Giving a background on how the price-fixing works, Abdulkadir said the PPMC had been the one announcing the price of petrol over the last few months because it was within its rights to do so as one of the oil marketers and major supplier of the commodity.

He explained that the price of petrol is not directly correlated with crude oil price, adding that a number of other factors are responsible for the price of the commodity.

He reiterated that the price of petrol in the Nigerian market would be determined by market forces.

He said the PPMC, just like other marketers and importers, would now continue to determine the prices at which they would sell to their customers.

According to him, the PPPRA would continue to remain relevant irrespective of the deregulation of the downstream petroleum sector, he said.

The agency, he said, would continue to regulate the sector, and stipulate codes of conduct within which marketers must operate.

The agency also said because of the difficulties in accessing foreign exchange by oil marketers, the PPMC is currently the sole importer of the commodity into the country and announces the prices at which it sells the commodity to oil marketers.

“You know the role that foreign exchange plays with the sourcing of PMS.

“When you are not producing and earning foreign exchange as you ought to do, then there would be pressure on the little that you have.

“That is why you see the galloping foreign exchange.

“We did not expect it would remain like that forever; that is why the government is doing all it can and in the near future, we would begin to see an improvement in the value of the naira.

“Secondly, we believe marketers are still studying the market before they come in fully to resume fuel import.

“There is also scepticism whenever a new policy is being put up.

“We do not envisage that the exchange rate would remain at the rate at which it is currently,” the PPPRA boss said.

Speaking with Daily Trust Tuesday night, the President of Independent Petroleum Marketers of Nigeria (IPMAN), Chinedu Okonkwo, said the government’s decision to hand over the market to them was the best one taken by any government in Nigeria’s recent history. Okonkwo, said opening up the market would bring into the country a trillion naira investment that would have a multiplier effect.

According to him, many local and foreign investors that have been holding on to their money because of previous indecision on full deregulation by the government would now come and invest, according to him.

On the issue of Foreign Exchange (FOREX) scarcity, the IPMAN president said the marketers would sort that out.

“That is not a problem to us at all.

“That is not the reason most marketers have not resumed importation, the marketers were rather trying to see the direction the government was headed on full deregulation.

“But now that they have seen it, they would start importing.

“A lot of them would source for forex on their own and start importation soon”, he said.

He also dispelled fear that handing over the market to them would cause scarcity and fuel queue.

“Let me tell you: this would eventually force down the pump price of fuel.

“There will not be any scarcity or hoarding or queue.

“This is a simple economics theory: prices come down when there is too much of the product in the market.

“It is simple to understand.

However, the IPMAN Deputy President, Alhaji Debo Ahmed, said the development would mean that the pump price of petrol will continue to go up as it would be determined by the foreign exchange fluctuation.

He said the implication of the full deregulation is that marketers would source for dollars on their own to import petroleum products as it is obtainable with diesel, which has been fully deregulated.

Ahmed said:  “Every marketer and every company will source dollars for themselves.

“It is just like diesel. Diesel has been deregulated, people are importing it and we are buying it.

“The only thing that will happen now is the quality of the product, which is the work of the PPPRA and some other agencies.

“If the government has deregulated, whatever you buy is what you are going to sell.

“Definitely no matter what, the pump price will go up.

“Before the government was doing it little by little to make sure that the cost implication does not affect many people.

“Now that they have deregulated, if a lot of importation is done, it would bring down the cost but if not, the pump price will continue going up.”

According to him, the pump price of petroleum would also go down if the refineries were functioning.

“I don’t know of any of these refineries that are working; none of them is working.

“If the refineries are on, definitely the cost will go down and selling price too will come down.

‘But since we are importing, it is the price of dollars that will determine the price,” he said.

On its part, the Major Oil Marketers Association of Nigeria (MOMAN) said the deregulation of PMS will be beneficial to Nigeria and Nigerians in the long run.

MOMAN’s Chairman, Mr Tunji Oyebanji made the assertion in a statement issued in Lagos while reacting to the outcry over the recent increment of the ex-depot price of petrol.

Oyebanji said: “So, as things stand, we are into full deregulation.

“Unfortunately, this is coming at a time when most of our citizens are struggling with difficulties created within the context of the post COVID-19 economy.

“However, we believe that Nigeria has been presented with a historic opportunity to get it right this time as a country to rebuild our economy for the benefit of all Nigerians.

“We welcome the government’s action in allowing the market to determine prices as we believe it will prevent the return of subsidies while allowing operators the opportunity to recover their costs,” he said.

According to him, this will in the long run, encourage investments and create jobs.

“We all must remember the country is broke and can no longer afford subsidy payments.

“There is no provision for it in the budget.

“With this, the incentive for smuggling will be reduced.

“More funds will be available to the government for investments in infrastructure, roads, health, education and power,” he said.

Oyebanji also explained that deregulation meant that prices would go up and down depending on the market forces.

“They went down in April, now they will go up as we are entering the European winter season and demand for refined crude goes up.

“Already there are indications of more investments in local refining in Nigeria, which will moderate the cost.

“As you can see, not everyone is selling at the same price.

“Consistent with global best practices, MOMAN does not dictate prices to its members as this will be anti-competition in a fully deregulated market,” he said.

‘The poor will continue to suffer’

However, some entrepreneurs in Abuja, Keffi, Kaduna and Lagos said the poor will continue to suffer.

A vegetable oil miller in Kano, Aminu Mani, said the cost of living will go up because production is determined by the availability of fuel and electricity.

“The prices of the two basic necessities have all gone and so, we have no option but to increase the prices of our products,” he said.

Helen Zuntu, who operates a tailoring shop in Kaduna, said life is getting tougher.

“I know we the poor would continue to suffer.

“The government should save us and do the needful.

“I don’t think if we would be talking about subsidy or deregulation if our refineries are working.

“It is a shame that we are still thinking of how to manage our God-giving resource after sixty years of independence,” she said.

It would be recalled that the Minister of State for Petroleum Resources, Timipre Sylva, said the government deregulated the downstream sector to save the country from going bankrupt as a result of subsidy payment.

“We decided it was high time to deregulate the sector to save huge subsidy payment benefitting only a few Nigerians,” he said.