The Federal Government of Nigeria has faulted the Public Health Emergency bill 2021 currently being considered by the Senate, saying some of its provisions are… 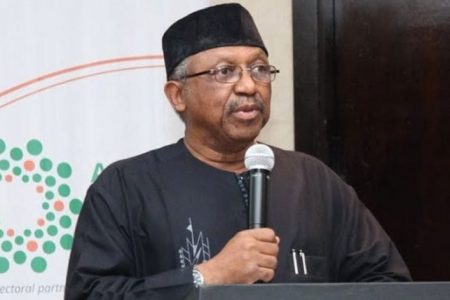 The Federal Government of Nigeria has faulted the Public Health Emergency bill 2021 currently being considered by the Senate, saying some of its provisions are conflicting with the functions of the Nigeria Centre for Disease Control, NCDC.

The Minister of Health, Dr Osagie Ehanire, stated this in his submission at a public hearing on the bill, organised by the Senate Committee on Primary Healthcare and Communicable Diseases.

The bill seeks to repeal the Quarantine Act 2004 and enact the Public Health Emergency Act 2021.

It aims at providing for an effective and efficient legal and administrative machinery to address the challenges posed by any sudden outbreak of infectious diseases endangering public health in Nigeria.

The minister said some of its provisions were already contained in other enactments of the National Assembly such as the NCDC Act of 2018.

“To be specific, sections 1 and 3 of the bill portend potential conflict with existing Act of the NCDC as far as task force for formulation and implementation of emergency measures are concerned,” he said.

Provisions of the bill

The bill provides that the President shall appoint a Task Force upon the declaration of a state of emergency to coordinate and oversee multi-sectoral intergovernmental efforts to contain the spread of the infectious disease during a period of a public health emergency.

The minister said though the bill was a welcome development, some provisions conflicting with functions already being performed by NCDC must be removed.

“The powers being sought for the Task Force in the amendment bill is already saddled with the NCDC and may therefore be deleted,” he added.

The Director-General of NCDC, Dr Chikwe Ihekweazu, in his presentation, noted that what constitutes public health emergency must be clearly defined to avoid operational clashes between the proposed task force and NCDC or delete the provisions, proposing the task force.

“The powers vested on the task force as stated are similar to those vested in NCDC, it may amount to the duplicity of functions.

“So we recommend a careful review of the functions of those of NCDC as stated in the current mandate signed into law by the President,” he said.

The Coordinator, Center for Legislative Engagement, YIAGA Africa, Dr Ernest Ereke, said Nigerians must not in any way be derogated by any of the provisions of the bill as far as quarantine laws are concerned.

“Our position which we have made known to the National Assembly is that it must not derogate from citizens rights as earlier drafted.

“We owe it to the citizenry and to the country to ensure that whatever legislation that is passed or enacted by the parliament is in conformity with the wishes and aspirations as well as desires of Nigerians and that such legislation must not trample or derogate the rights that the constitution already guaranteed Nigerian citizens,” he said.

But the Chairman of the committee, Senator Chukwuka Utazi (PDP Enugu), allayed the fears of YIAGA Africa, saying the bill had been redrafted and cleaned up, devoid of those draconian provisions that the public earlier kicked against.