The Federal Government has constituted a 10-man Interim Management Committee (IMC) to oversee the affairs of the Nigeria Professional Football League, NPFL. A statement signed… 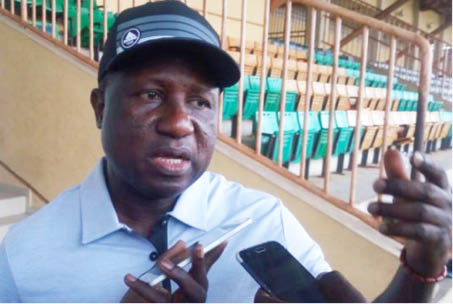 The Federal Government has constituted a 10-man Interim Management Committee (IMC) to oversee the affairs of the Nigeria Professional Football League, NPFL.

A statement signed by Mohammed Manga, the director (Press & Public Relations) at the Ministry of Youth and Sports Development, and made available to the press on Saturday indicated that the IMC would run the affairs of the league until a proper professional league board is put in place statutorily.

The statement added that the move was in line with the 10-year football master plan approved by President Muhammadu Buhari for revitalising the domestic league in the country.

The IMC is to be chaired by Gbenga Elegbeleye, a former Director-General of the defunct National Sports Commission.

Paul Bassey is the Vice Chairman while Davidson Owumi is appointed the Head of Operation of the IMC.

Other members of the IMC are Kunle Soname, Daniel Amokachi, Calvin Emeka Onwuka, Aliyu Adamu and a representative of the Nigeria Football Federation.

Barrister Danladi Ibrahim and a representative of the Nigeria Police Force complete the list while Olumide Bamiduro is appointed the Secretary of the Committee.

The statement disclosed that the terms of reference of the Committee would be announced shortly.

The federal government on the 9th of September, 2022 declared the Shehu Dikko-led League Management Company (LMC), the body running the elite league, as an illegal body, banning it with immediate effect.