The expiration of Nigeria’s earth observation satellite built and installed in 2011 is giving stakeholders a lot of concerns.  The satellite launched 10 years ago… 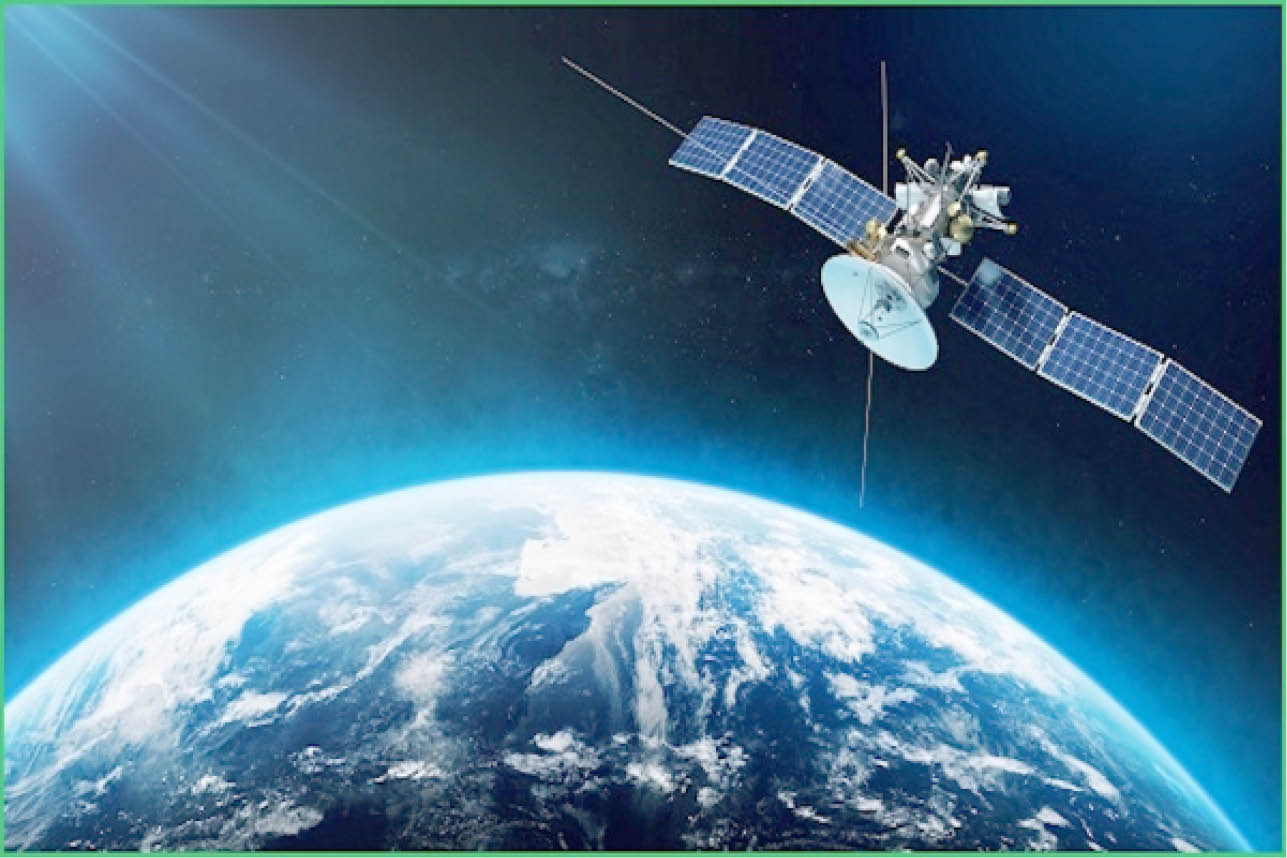 The expiration of Nigeria’s earth observation satellite built and installed in 2011 is giving stakeholders a lot of concerns.

The satellite launched 10 years ago had exceeded its seven-year lifespan and now functioning on “grace.”

Nigeria, a country of about a 210million people and very porous borders is  bedevilled by kidnapping, banditry, communal clashes, attacks on government facilities and killings.

And despite concerted efforts by security agencies to control the situation, it remains volatile.

Though there have been unconfirmed reports that locals witnessed aerial vehicles delivering weapons to insurgents and bandits in the forests, especially in the North- West and North-East of the country, it seems the government has not found a solution to the influx of illegal weapons into the country.

A Lagos-based security analyst, Oladipo Ajala, said with good earth observation satellite, Nigeria’s worsening security would have been brought to a minimum level, if not completely eradicated.

Ajala said the Nigerian Immigration Service and the Customs should have used modern technologies provided by satellite to control the inflow of illegal weapons into the country.

But the director-general of the National Space Research and Development Agency (NASRDA), Dr Halilu Shaba, rather painted a gloomy picture when he said Nigeria’s satellite was outdated but still functioning by ”grace.”

Speaking on satellite operations and national security when he featured on a Channels Television’s programme recently, Shaba said Nigeria had only one (earth observation) satellite and that it was not enough to serve the country.

He said the satellite was installed in 2011 and should have been changed because it had a seven-year lifespan.

“We have only one satellite (built in 2011). It has a seven-year lifespan, which is supposed to have expired in 2018. In our culture of satellite industries, you build a new satellite that is supposed to replace the one before you. We have not done that.

“We are living on grace because, normally based on the fuel of the satellite, you imagine that it is going to last for seven years, but since 2018, the satellite has been functional and it is still giving us the necessary data,” Shaba said.

He said though having more than one satellite and changing the old one is a priority, the country’s dwindling resources have made it difficult to achieve that.

Daily Trust on Sunday  reports that Nigeria’s satellites are meant to provide communications, data and images for government agencies and the private sector.

The hope was that the launch of the satellites would save the country billions in foreign exchange and earn huge revenues for the government as well. However, many government agencies still patronise foreign satellites, and as a result, deny the country an estimated $20billion (N720 billion) revenue annually, officials and experts in the space sector told our reporter.

Investigation by Daily Trust on Sunday revealed that Nigeria may have spent more than N85 billion on five satellites since 2003.

NigeriaSat-1 was followed with the launch of a communication satellite, NigComSat-1, valued at $200million, which was ordered and built in China in 2004. It was completed and launched on May, 13 2007.

Althought it failed in orbit in 2008 after running out of power due to an anomaly in its solar array, it was re-launched in 2011 as NIGCOMSAT1-R at no cost to the federal government.

Then came NigeriaSat-2 and NigeriaSat-X satellites built at a cost of over £35 million. They were launched into orbit by Ukrainian Dnepr rocket from Yasny military base in Russia on August, 17, 2011.

However, officials said the two had been de-orbited because they had stayed their normal courses in orbit.

The director, Centre for Satellite Technology Development (CSTD), Dr Spencer Onuh, had told Daily Trust on Sunday in an exclusive interview that there was an urgent need to replace Nigeria’s satellites.

“What do you want them to do when there is a failure?  Let me tell you, NigComSat 1R is not enough for this country; it is not sufficient. There must be a backup. Many TV stations and even the national TV network will be very careful to transfer their services fully to NigComSat 1R because it is just one. The stations are set up for business, and they would not want anything to disrupt their services.

“Even private companies that own satellites don’t have only one. Some of them have five to six satellites, but mostly communication satellites which spin money. The return on investment is very fast but what happens in most advanced satellite countries is that these things are given out to the private sector to manage; they are not under government management and you can see the results,” Dr Onu had said.

The director/chief executive of the Centre for Atmospheric Research, Anyigba, Kogi State, Professor Babatunde Rabiu, said the basic ground infrastructure that enabled space technology to thrive was lacking in Nigeria.

“You can’t do space research and development without power.  Power is critical to space infrastructure,” he said.

The expert in space technology, however, called for reintegration of all the country’s space programmes.

But the Nigerian Communications Satellite Limited (NIGCOMSAT) said it had signed a mutual backup service memorandum of understanding with Berlintersat, at the Berlintersat headquarters in Minsk, Belarus.

Signing this memorandum of understanding can be seen as a strategic move by NIGCOMSAT Ltd to reposition for commercial viability, a statement from the company said.

The mutual backup service would enable NIGCOMSAT to push its services further and beyond the frontiers already covered as its clients no longer have any reason to worry about the absence of backup for NigComSat-1R, it said.

But presiding over the National Space Council (NSC) meeting at the State House in Abuja on Thursday, President Muhammadu Buhari pledged the support of his government towards the success of the space programme, particularly in the provision of relevant resources needed for the growth and ultimate realisation of the various mandates of the Nigeria Space Agency.

The president, who also doubles as the NSC chairman directed the Minister of Science and Technology, Dr Ogbonanya Onu to, as a matter of urgent attention, to prepare and submit to the Federal Executive Council for consideration and approval “a revised 25-year roadmap for the implementation of the National Space Policy.’’

Onu stressed the need for the space agency to collaborate with relevant stakeholders for the actualisation of its agenda, which seeks to promote the development of space capabilities that address the urgent needs of Nigerians.

However, Shaba in a presentation made in the meeting said the Nigeria Sat-2 satellite is still functioning effectively and supplying relevant data despite the need for its replacement as it has exceeded its designed lifespan in orbit.

The NASRDA boss informed the meeting about the progress made on building and launch of two very important satellites which are the Synthetic Aperture Radar (Nigeria SAR -1) and an optical earth observation satellite (NigeriaSat-3).

He said when launched, the two satellites would go a long way in providing relevant data, on mapping and geospatial information for decision makers in addressing issues of urgent national importance like security and economy.

Shaba appealed for intensified funding of the agency’s activities in order to actualise the set objectives for the technological advancement of the country.

He also gave a detailed briefing on the agency’s support to the Nigerian armed forces, especially in their fight against terrorists and the provision of digital support for agriculture and population activities, as well as the distribution of infrastructure and projects monitoring.

The National Space Council oversees the activities of the National Space Agency, especially in the areas of policy development, national security and international space policy matters. It has the president and the vice president as chairman and vice chairman respectively, with the NASRDA director-general as secretary and other members.