The General Manager (GM) of the FCT Water Board, Engr. Tauheed Abayomi Amusan, has congratulated the immediate past Acting GM and the Head of Water… 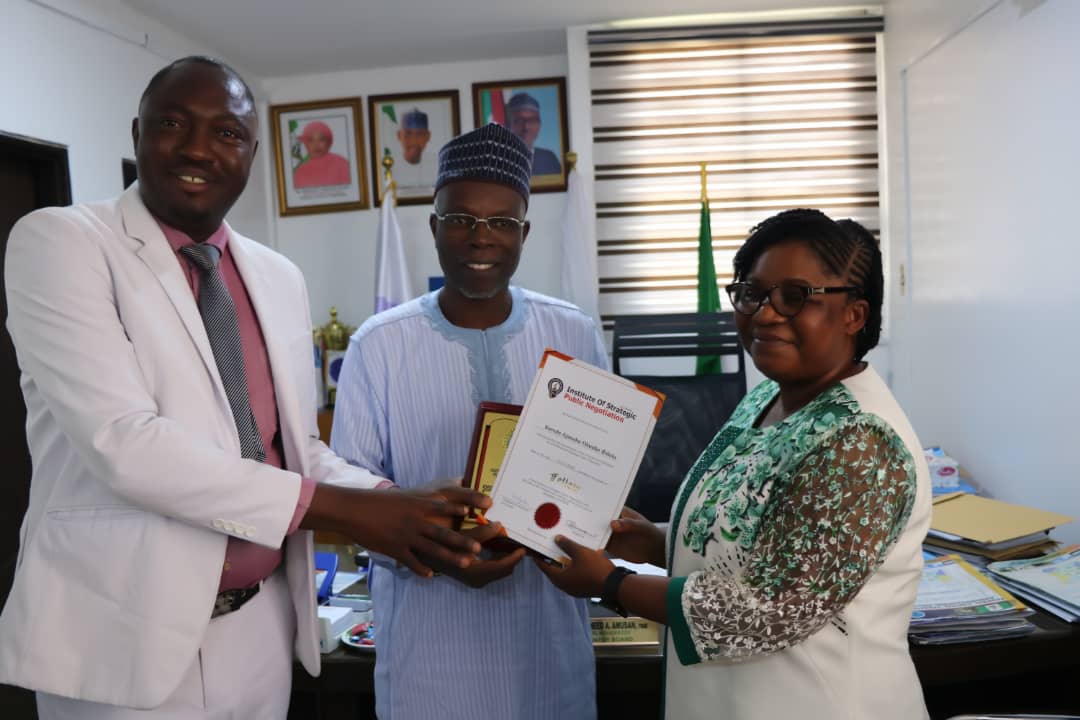 The General Manager (GM) of the FCT Water Board, Engr. Tauheed Abayomi Amusan, has congratulated the immediate past Acting GM and the Head of Water Quality Control Department of the Board, Mrs. Korede-Ajanaku Olanike Ibilola, who was conferred with a fellowship award of the Institute of Strategic Public Negotiation (ISPN).

Speaking during a brief conferment ceremony which was held in his office, Amusan said it was a thing of joy that one of theirs is found worthy to be honoured by the institute.

He said, “While rejoicing with you on this well-deserved honour, let me remind you that to whom much is given, much is expected. This honour is for the entire board and it is my hope that it will spur others to work in concert towards achieving the organizational goals of the Board.”

The Registrar/CEO of ISPN, Mr. Victor Oshioluemoh Esq, represented by Mr. Sukana Danjuma Tusha, a governing council member of the Institute, congratulated the recipient, saying the award was conferred on her after an extensive evaluation of her achievements.

“The conferment of the award is to publicly celebrate your personal excellence, exceptional accomplishments, paying glowing tribute to your exemplary character which is having a positive impact on the society. This award is not only prestigious; it is also admirable because it is the apex honour of the institute.

“We are optimistic that it is well deserved as you have the ability to propagate the positive values and ideologies of the institute. In addition, we are confident that you can act in an advisory capacity for the growth and advancement of all within the immediate and remote concerns of the institute as your antecedents have shown,” he said.

The award recipient, while thanking the Institute, pledged to give her best in service to the country and for the benefit of humanity.