A man identified as Danjuma Adamu, and his son, Jafet Danjuma, have been allegedly shot by personnel of the Nigerian Air Force (NAF) for resisting… 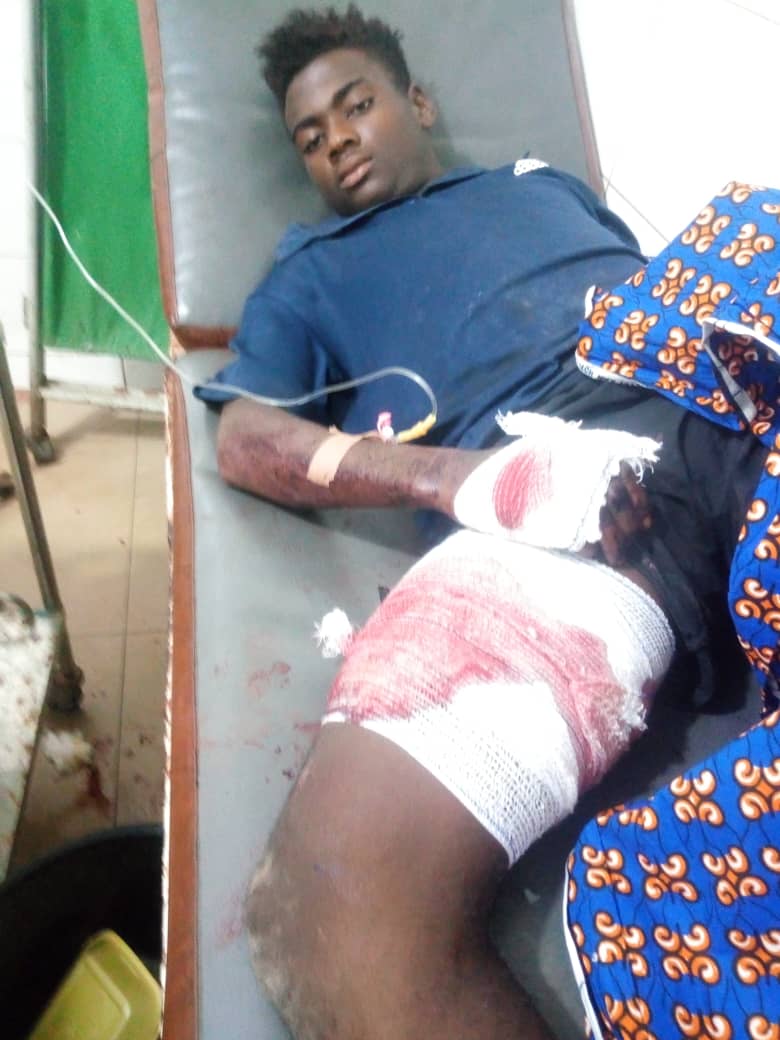 A man identified as Danjuma Adamu, and his son, Jafet Danjuma, have been allegedly shot by personnel of the Nigerian Air Force (NAF) for resisting the demolition of a two-bedroom flat belonging to the family in Barakallahu community, Igabi Local Government Area of Kaduna State.

Our correspondent learnt that the victims were receiving treatment at the Barau Dikko Specialist Hospital, Kaduna.

Daily Trust reports that the incident caused angry youths and women from the community to block the Kaduna-Zaria expressway to protest, leaving travellers stranded for about an hour.

Unconfirmed reports stated that a woman was also shot by security personnel who came to dispel the protesters.

Our correspondent gathered that NAF operatives and men of Operation Yaki went to the area around 8am while the owners of the house were in church to demolish the two-bedroom building.

It was further gathered that by the time the owner of the house returned home after being alerted by his neighbours, part of the house had been demolished.

According to an eyewitness, who pleaded for anonymity, “when the elderly man enquired from the military men what was going on, they did not offer any explanation to the elderly man, instead, they hit him with the butt of their gun.”

The source added, “This did not go down well with the man’s son, Jafet Danjuma and some other youths who engaged the soldiers in an attempt to stop them from demolishing the house and harassing his father.

“Unfortunately, in the commotion, the soldiers shot both father and son and also broke the father’s lap who is now receiving treatment at the Barau Dikko Hospital.”

When contacted, the NAF Public Relations Officer, Ibrahim Bukar said, “I will confirm and get back to you.”

Barakallahu is a community in Igabi Local Government Area of Kaduna State, some five kilometers away from Kaduna main town, along the Kaduna-Zaria Road.

The community is made up of predominantly Hausa and Gbagi natives, who claimed to have lived in the community since 1984 after their community known as Unguwan Waziri was taken over by the Nigerian Air Force (NAF).

There has been a lingering land dispute between the community and the NAF since 2006 which forced people to relocate from the community for fear of getting their lands revoked and houses demolished.

Several interventions had been sought by the community, including taking the NAF to court, a matter which the community won at a Kaduna State High Court in 2020 and the NAF was asked to pay N5 million general damages for trespassing into 74.436 hectares of land belonging to the community. The NAF appealed the matter.

The NAF however claims the whole of Barakallahu belongs to the Service as shown on a service map made available to Daily Trust by the then Air Officer Commanding, NAF Training Command Kaduna, Air Vice Marshal Christopher Okeke.