The story, which went viral generated a controversy. But suddenly, the ministry issued a statement, accusing the media of misleading the public. 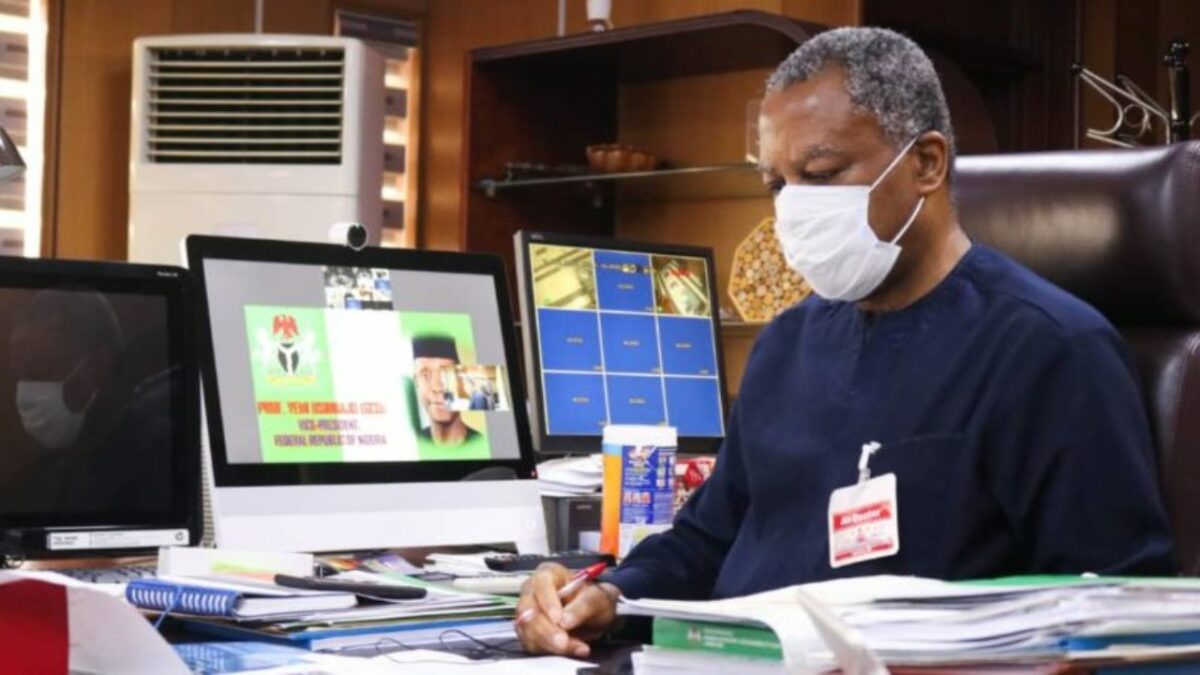 On Sunday, the Ministry of Foreign Affairs under the leadership of Geoffrey Onyeama, accused the media of misquoting the minister on a report of Benin Republic willing to be “Nigeria’s 37th state”.

The newspapers that reported Onyeama’s meeting with Aurélien Agbenonci, his Beninois counterpart captured what took place between the two ministers, particularly what Mr Onyeama had said in regard to the willingness of Benin Republic to be part of Nigeria.

When the video got to the public, it generated controversy. To address this controversy, the Foreign Affairs Ministry issued a public statement, debunking specific details it claimed are largely misleading.

In the statement, the Spokesman to the Foreign Affairs Ministry, Ferdinand Nwonye, said what the Minister said was largely misconstrued and taken out of context.

“The attention of the Ministry of Foreign Affairs has been drawn to misleading reports in the media that the Republic of Benin is aspiring to be the 37th State of the Federal Republic of Nigeria.”

“The Honourable Minister of Foreign Affairs, Geoffrey Onyeama in the presence of his counterpart from the Republic of Benin granted a press interview after a very fruitful meeting between ministerial delegations from both countries and stated therein ‘… the President of Benin Republic said he would like the relations between the two countries to be so close as if Benin was the 37th State of Nigeria.’

“The Federal Republic of Nigeria has no territorial ambition and has never aspired to make Benin or any country as part of Nigeria. The Minister of Foreign Affairs was therefore quoted out of context and the general public should kindly disregard the wrong information,” he said.

Claim: Onyeama did not say Benin Republic expressed desire to become the 37th state in Nigeria.

Based on the statement the ministry issued on Sunday, many critics, including some government apologists, accused the media of spreading lies. Daily Trust  has, however, analyzed the transcript of the conversation Mr Onyeama had with journalists, so as to set the record straight and, of course, clear the air.

“The President of Benin said as far as they are concerned, they want (not just saying it like that) but that in reality, Benin should be the 37th state of Nigeria.”

The claim that Onyeama was quoted out of context is false. The transcript of the interview he granted indicates that he said Benin Republic has expressed the desire to be part of Nigeria.