There was an incident of bird strike a few minutes after a Max Airlines flight took off from the Mallam Aminu Kano International Airport, Kano,… 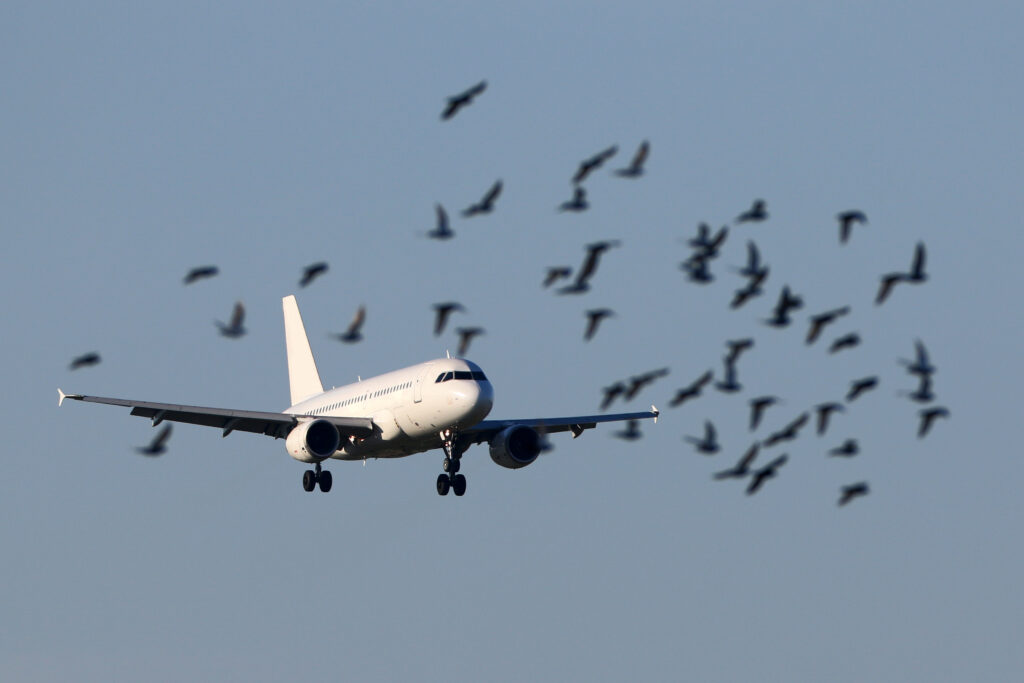 The bird strike damaged the engine blade of the aircraft, the Boeing 737-300, which was replaced before it returned to service. It happened 24 hours after an Aero Contractor flight NIG382 heading for the Nnamdi Azikiwe International Airport encountered a similar bird strike few minutes after it took off at the Port Harcourt International Airport (PHIA), Rivers State.

The aircraft, a Boeing 737-500 with registration number 5N-BKR, departed PH for Abuja with 91 persons on board – 85 passengers and six crew members. Aside these two incidents, there have been several other incidents of bird strike causing substantial damage to aircraft engines.

On March 21,2021, a Kano-Lagos Aero Contractors flight also returned to Kano after one of the engines suffered a bird strike during take-off.

What is bird strike?

Bird strike is a common occurrence in aviation globally. According to Wikipedia, annually, there are over13,000 bird strikes in the US alone. However, the number of major accidents involving civil aircraft is quite low and it has been estimated that there is only about one accident resulting in human death in one billion cases. The majority of bird strikes (65%) cause little damage to the aircraft but the collision is usually fatal to the bird(s) involved.

According to the Nigeria Civil Aviation Authority (NCAA), Nigeria is home to about 1000 birds and 370 species. In 2020, Airline Operators of Nigeria (AON) disclosed that Nigerian airlines lost about N6 billion to bird strike menace. Arik Air, one of the foremost airlines in Nigeria said it lost about $3.6m to bird strikes between 2013 and 2019.

Is bird strike a life-threatening incident?

In the US and other advanced countries, it is said that 80 percent of bird strikes are unreported due to the minimal risk it poses. But the damage could be substantial depending on the size of the birds and the part of the plane it hit. More than 219 people traveling by airplane have been killed worldwide as a result of bird strikes since 1988, according to the US bird strike committee. The financial losses too are equally huge. It is estimated at about $400m worth of damages in the US alone and up to $1.2bnworldwide.

According to Boeing, “Bird-strike events are relatively common, occur most often on the ground or at low altitude, and are usually benign. However, bird strikes can have significant economic and occasional safety consequences for flight operations. Pilots and operators should be knowledgeable about the hazard, and flight crews should use facts, data, and standard operating procedures to reduce the potential for and consequences of a bird strike.” Experts say it poses little risk to passengers onboard with pilots taking the precautionary measure of returning to the base. This is closely related to noticing a snag after take-off which is not impossible in flying.  But the regulatory authority has prescribed the standard procedure for pilots to follow in the event of a snag being noticed after take-off or when the plane suffers a bird strike.

This was why the NCAA DG, Capt. Musa Nuhu commended the decision of the pilots of both Aero Contractors and Max Air to make a detour immediately after the strike. While bird strike usually damages aircraft engine blade, the best and the most recommended step for a pilot to take is to immediately return to base to check parts of the plane which ingested the birds.

Strategies to stop bird strike Airports worldwide are responsible for bird and wildlife control. This is why the Federal Airports Authority of Nigeria (FAAN) remains the first point of contact when it comes to explaining the presence of birds around airports in Nigeria.  Authorities are expected to regularly cut grasses at the airports to reduce the possibility of harbouring birds which could hamper flight operations.

The Federal Airports Authority of Nigeria (FAAN), the manager of the airports, had in 2020 said it would acquire Phonic Bird Wailers, an equipment that would help in combating wildlife and bird strikes in the country.

In a chat with Daily Trust, Spokesperson of FAAN, Mrs. Henrietta Yakubu, said the authority is working tirelessly to curb the bird strike incidents but lamented that while they cut the grasses around the airports regularly, the birds keep reappearing.

Asked on the Phonic Bird Wailers, she said the equipment had arrived the country but had not been mounted.

“We are working on it. We don’t know where the birds are coming from but we are being very proactive on it.”

An aviation expert, Capt. Alex Nwuba in a chat with our correspondent called on the authorities to find a way of arresting the birds.

He said, “Birds strikes are seasonal and basically the best recommendation is to try to figure out; first catch the birds, understand their migration pattern and see what steps one can take to prevent the occurrence of these birds on the airfield or fire a gunshot before departure.”

He said the PhonicBird Wailers is a right equipment to checkmate birds on Nigerian airspace and wondered why they are yet to be installed.