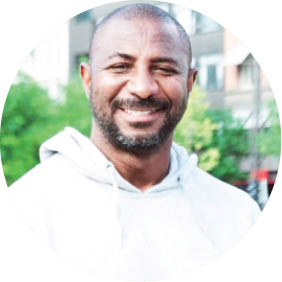 The appointment was made known on Tuesday at a press conference in Abuja by the outgoing chairman, Barrister Paul Edeh, who is also president of Ratels Sports Foundation and NWFL side, Naija Ratels.

Edeh noted that the choice of Sule was borne out of the fact that they both share the same vision which is to develop the game of football, particularly female football from the grassroots.

He also explained that his decision to hand over the chairmanship of Honey Badgers was to enable him to concentrate on sports development through the Ratels Sports Foundation which he said is getting bigger by the day.

“We believe that Abdul Sule will bring in his wealth of experience to bear on Honey Badgers. Secondly, before he left Confluence Queens, we all saw how he took the club to the peak.

“This appointment is another sign of our ambition and desire to be as competitive as possible in the league. We congratulate him and wish him well in his new assignment,” said Edeh.

Responding, Sule said he gladly accepted the new responsibility because he is a lover of new challenges.

“This is a wonderful opportunity for me because Honey Badgers have shown great progress since it was formed in 2019. They got promoted from the Nationwide to the Championship and I am convinced that the future will be better.

“I admire the way Barrister Edeh is handling affairs of the club. We have big plans for the team. The players we have now are good enough to get us promoted to the topflight,” said the former BCC Lions player.