He told newsmen that a two-party system if adopted would help build a stronger democracy and boost the nation's socio-economic life. 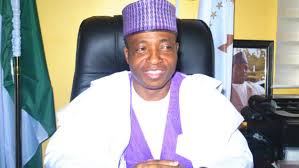 Wed, 3 Mar 2021 15:53:37 WAT
A former presidential candidate on the platform of the defunct Advanced People’s Democratic Alliance (APDA), Alhaji Mohammed Shittu, has joined the ruling All Progressives Congress (APC).
APDA was one of the 74 political parties de-registered by the Independent National Electoral Commission (INEC) in 2020.
Shittu, a former national chairman of APDA, who registered at his Gwagwa Ward in the Federal Capital Territory (FCT) Abuja, advocated for a two-party system in the country.
He told newsmen that a two-party system, if adopted, would help build a stronger democracy and boost the nation’s socio-economic life.
“From today, we are joining to build a strong political party that will build a strong economy and a peaceful country.
“I’m appealing to Nigerians that a two-party system should now be entrenched in our constitution for us to build a strong nation.
“For the growth of this country, political parties have to come together.
“So, we have decided today that we are collapsing into APC to build a strong nation.
“APC has brought the agenda for change and now we believe that it is time that the forces that want this country to grow must come together,” Shitu said.
Shittu, a former National Chairman of the APDA, was accompanied by a former presidential candidate of the defunct United Progressive Party (UPP), Chief Chekwas Okorie, who also joined the APC recently.