A former governor of Plateau State, Senator Joshua Chibi Dariye has spent his first night in prison, after he was sentenced to 14 years imprisonment… 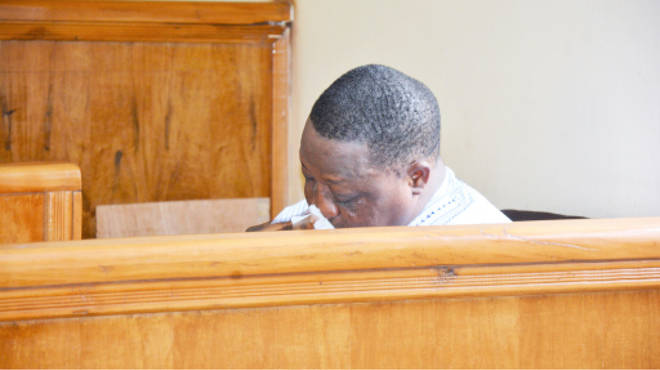 A former governor of Plateau State, Senator Joshua Chibi Dariye has spent his first night in prison, after he was sentenced to 14 years imprisonment on corruption charges, 13 years after jumping bail in London for money laundering.

An FCT High Court in Gudu presided over by Justice Adebukola Banjoko yesterday found Dariye guilty of 15 out of the 23-count charge levelled against him by the Economic and Financial Crimes Commission (EFCC) on offences bordering on criminal breach of trust and misappropriation of N1.1billion Ecological Funds for the state and other state’s funds.

Dariye was convicted on 11 counts bordering on criminal breach of trust and sentenced to 14years imprisonment, the maximum sentence provided for by the law. He was also convicted on four counts bordering on criminal misappropriation and sentenced to two years imprisonment, the maximum allowed. The judge however held that the sentences would run concurrently, meaning Dariye would spend a maximum of 14 years in prison.

Aside the ecological funds, Dariye was also found guilty of criminal breach of trust as regards N204 million, N53.6 million and N21 million being funds of Plateau State Government.

The court ordered the EFCC to repatriate the N80m and other funds recovered during investigation to the coffers of Plateau State government. The court however did not make any pronouncement on the N100m said to be paid to Marine Float, a company said to be owned by former Vice President Atiku Abubakar, as the court was told EFCC was still investigating the matter.

In the over six-hour-long judgment, Justice Banjoko held that the evidence of Inspector Peter Clerk, a retired officer of the Metropolitan Police (London), revealed that Dariye jumped bail and was declared wanted but that the Metropolitan Police had to relax their pursuit of him, when they were informed the EFCC had started his prosecution. He had told the court how investigation of fraudulent activities on Dariye’s nine accounts with Barclays Bank had led to the former governor’s arrest and questioning on money laundering.

The court was told that the funds seized from Dariye were later forfeited and repatriated to Nigeria through the Attorney General of Federation.

The judge held that the court could not imagine the level of “systematic stealing of over half a billion from the state’s accounts,” adding that “Even through the statements of accounts tendered before the court, there were random dates the defendant (Dariye) was richer than the state; he could bail out the state”.

The court held that evidence led during the trial revealed that when Dariye took possession of the cheque of N1.1bn meant for special ecological intervention in the state, he directed that the money be paid to individuals that had nothing to do with the ecological projects in the state.

Dariye in his statement to the EFCC tendered exhibit gave directives for the disbursement of the cheque to include: N100m for PDP S/West collected by Yomi Edu, former Minister of Special Duties; N100m for PDP N/East credited to Marine Float; N66m for PDP in Plateau shared among the 274 wards.

Former deputy Senate president, Ibrahim Mantu was also said to have been paid N10m; Pinnacle Communications got N250m and Ebenezer Retina Ventures, a company owned by Dariye was credited with N176m; and N80m paid to Union Savings & Homes was later traced to Dr Kingsley Ikuma, the Permanent Secretary of Ecological Funds as bribe to secure the release of the cheque.

Plateau State Government, in whose name the N1.1bn cheque was initially issued was directed to be paid N550m.

“It is clear that the lodgement of cheque at the All States Trust Bank with directives for disbursement was an indication of the direction the defendant intended it to go,” the judge held. She added that the court found that Dariye, a public servant with dominion over the N1.1bn meant for Plateau state government, acted dishonestly in the manner the cheque was cleared and disbursed.

The court held that the offence “Was a litany of woes” that left a “devastating trail of victims” among which were adults capable of making their own choices but ended up scarred. “There was the case of Dr Kingsley Ikuma, a permanent secretary in the Ecological Fund, who lost his job, reputation and remains a wanted man till today.”

During allocutus, Dariye’s counsel, Paul Erokoro (SAN) begged the court to be lenient on the convict, stating that the offence was committed in 2001, two years when the 1999 Constitution came into effect and that Dariye as part of the first sets of leaders after the enactment, was ignorant of the financial laws.

He said, “Mistakes were made, my Lord, should this man be punished by our mistakes? My Lord, appeals against your judgment hardly succeed. When we get there (appellate and apex courts), they tell us you were right in your judgment, so we are appealing for a non-custodial sentencing.”

Is there a saint in Nigeria? Dariye asked

While prosecution counsel, Rotimi Jacobs (SAN) was urging the court to impose the maximum sentence to serve as deterrent, Dariye signified to the court that he wanted to say something.

When the judge gave him the opportunity, Dariye, who was visibly angry that prosecution counsel said he didn’t show any remorse, said, “You cannot predict my state of mind. Let us not spoil tomorrow because of today. Can you raise your hand to swear there is a saint in Nigeria?”

However, Jacobs told the court that because of the rampant nature of the offence, the court was expected to pass a severe sentence for deterrence. On the request for non-custodial sentencing, he said “The defence said the prison is congested, but what he didn’t say is that the prison is congested with poor people because the big men are not there and the money meant for the prisons’ rehabilitation are being embezzled by these big men.”