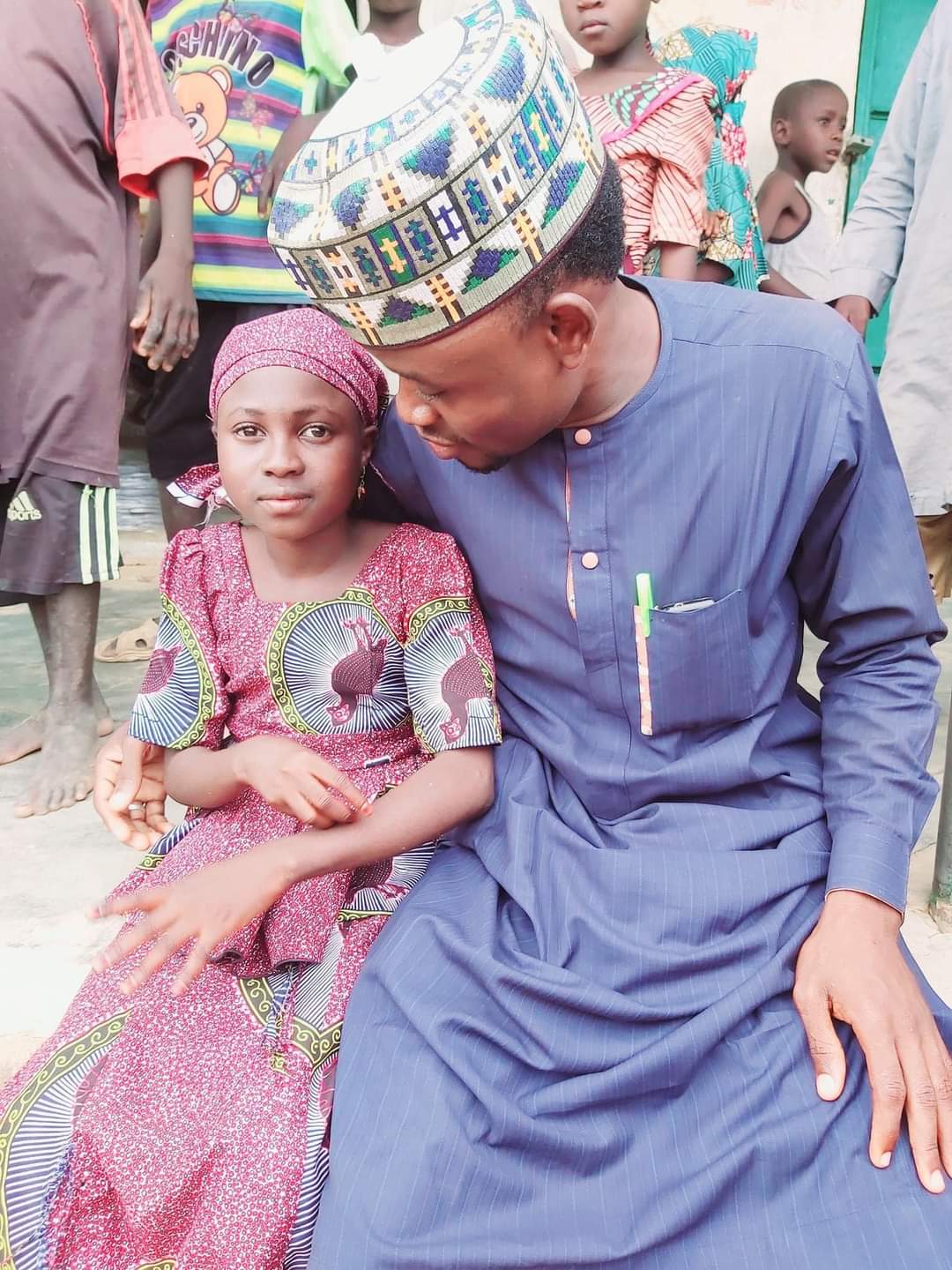 Member of the Bashir Ahmad Foundation and Saratu

Sun, 24 Jul 2022 12:32:56 WAT
Former Social Media aide to President Muhammadu Buhari, Mallam Bashir Ahmad, has offered scholarship to a talented out-of-school girl, Saratu Dan-Azumi, from Primary school to university.
A viral video of the girl showing her talent in mathematics, by giving a rapid response to every question on calculation recently went viral.
Several people took to their social media handles to express their happiness over the wisdom of the young Saratu, who lives in Gwadayi village, Shagogo ward of Gaya Local Government Area of the state.
However, as soon as he received the video, the former aide, who contested for the House of Representative ticket in the last primary election on the platform of the All Progressives Congress, commenced searching for the girl.
Through his foundation, Bashir Ahmad Foundation, the girl was found and was offered the scholarship with the consent of her parents and their village head.
“After receiving the video of the young talented girl from different people, I sent a delegation of my foundation to look for her and luckily she was found. We have agreed with her parent and we are going to sponsor her education to University.
“We have already chosen a school for her and on Monday she will be enrolled in primary school. After that we will continue to look after her study and ensure that we fulfill our promises,” he wrote on his official Facebook account.
He added that apart from supporting her education, the foundation would enroll her in the Gaya Digital Centre where she will acquire knowledge in information and communication technology.

After Bashir’s intervention, several other people also visited the talented girl and promised to support her in acquiring formal education, with many of them offering financial assistance.