Manchester United have an almost fully-fit squad for today’s home Europa League clash with Club Brugge, according to Ole Gunnar Solskjaer. The manager only ruled… 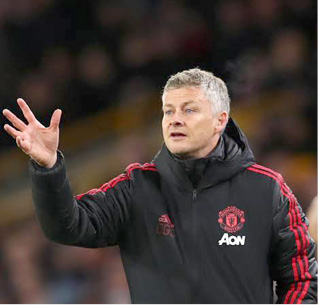 The manager only ruled out two of the players who trained in front of the media on Wednesday morning – defenders Axel Tuanzebe and Tim Fosu-Mensah.

“[Axel and Tim] are getting close to a Reserves match or a behind-closed-doors match,” said Solskjaer. “We need them to play in that kind of game before we use them in the first team.”

Fosu-Mensah is yet to feature for the Reds this season after undergoing knee surgery in the summer, while Tuanzebe has been missing since picking up a thigh problem during the Carabao Cup tie against Colchester in December.

Other than Fosu-Mensah and Tuanzebe, and long-term absentees Paul Pogba, Marcus Rashford and Lee Grant, Ole has a long list of players to select from.

“We had a couple of knocks in training but hopefully they’ll be okay,” he commented.

“We’ve got a strong and fit 25-man squad and it was a good session. We’re looking stronger.”

Scott McTominay and Mason Greenwood, who both missed the first leg, could be involved, as could youngsters Tahith Chong, James Garner and Angel Gomes, after taking part in today’s training session.

Odion Ighalo will also be hoping to make his first start for the Reds, after three cameo appearances off the bench so far.

Luke Shaw was the player who sat alongside Solskjaer in the press conference, and the manager hinted that the 24-year-old may start in his customary left-back position, after being fielded as one of a back three in the first-leg.

“I know [Brugge right-winger] Krepin Diatta from my time in Norway,” Ole added. “He might be a handful for Luke, you never know!

“Luke was out for two months and he’s done really well in a new position. It’s mixing between left-back and the left side of centre-back. He runs forward more as a left centre-back than as a full-back. I’ve been very pleased with him there.“

Nigerian Dennis is out for Club Brugge

The Belgians travelled to Manchester without captain Ruud Vormer and forward Emmanuel Dennis, both of whom picked up injuries during Sunday’s league win over Charleroi.

Colombian midfielder Eder Balanta, who scored the only goal in that game, is suspended after receiving his third caution of the season in Europe, but first-leg absentee Krepin Diatta is among Brugge’s 22-man squad for the encounter at Old Trafford.