Euro falls below dollar for first time in 20 years

The euro has fallen below the dollar for the first time in nearly 20 years as the war in Ukraine pushes the single currency down.… 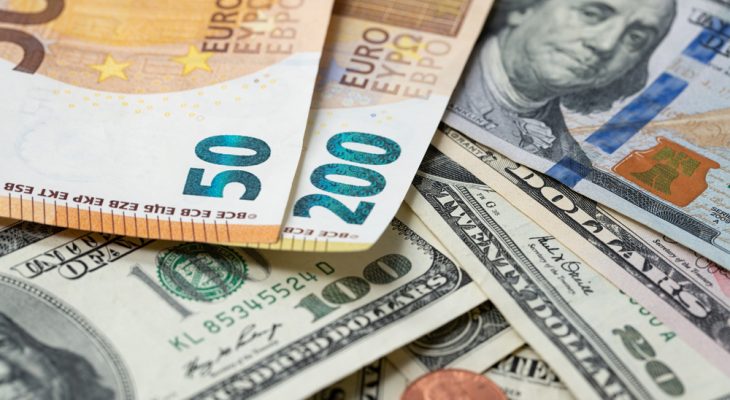 By By Sunday Michael Ogwu

The euro has fallen below the dollar for the first time in nearly 20 years as the war in Ukraine pushes the single currency down.

A single euro bought $0.998 on the foreign exchange market; down by 0.4 per cent in the day’s trading.

Fears that Russia may restrict Europe’s supplies of energy have increased the chances of a recession in the euro area.

The European Central Bank has lagged other central banks in raising rates, further weakening the euro.

The dollar has also been strong in recent months, buoyed by the US central bank raising interest rates and investors seeking the haven of dollar assets in times of global turmoil.

A weakening currency will make imports more expensive for eurozone countries, especially goods priced in dollars such as crude oil.

That could contribute to even higher inflation in the eurozone, which is already running at 8.6 per cent for June.

A spokesperson for the ECB said it did not “target a particular exchange rate. However, we are always attentive to the impact of the exchange rate on inflation in line with our mandate for price stability.”

The bank is expected to start increasing interest rates this week.

The euro has fallen almost 12 per cent against the dollar since the start of the year.

The single currency has been worth more than the dollar for most of its history. It lagged below the dollar in the years following its launch in 1999, but the last time it traded below the dollar was December 2002 – less than a year after euro notes and coins were introduced for the first time.