By Landry Ninteretse Last week, EU and AU leaders met in Brussels to analyse the future of relations between the two continents and revisit the… 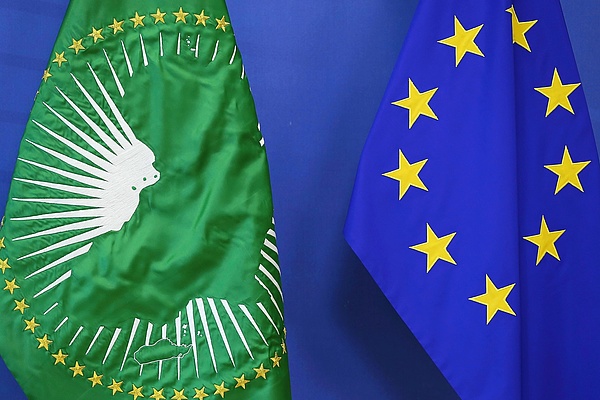 Last week, EU and AU leaders met in Brussels to analyse the future of relations between the two continents and revisit the terms of the historical “‘partnership”. As somehow expected, the summit failed to make concrete commitments to address the fundamental issues underlying the unequal and inequitable relationships between Africa and Europe.

What was meant to be an opportunity to consolidate trust and establish a more honest and respectful balanced relationship turned into another gathering where no new and concrete measures were taken to tackle the most pressing crises Africans are currently facing, especially the climate crisis in which EU states have a heavy current and historic responsibility.

Ahead of the summit, civil society groups released a statement calling on EU/AU leaders to prioritise people and development-centred climate and energy goals,  priorities that are linked to Africa’s sustainable development goals. Earlier this month, the EU announced a €150-billion investment plan for Africa to focus on the green transition, an announcement that coincided with TotalEnergies’ release of its 2021 financial results.

The French oil giant made historical profits of $18-billion and seems to be on the right track to increase even more its profit if the current oil and gas boom persists. Through multiple mechanisms of influence and support from the French government, TotalEnergies has successfully expanded its investments and operations in eastern and southern Africa.

On February 1, TotalEnergies signed a final investment decision with the governments of Uganda and Tanzania for the East Africa Crude Oil Pipeline (EACOP) and associated projects, which have been marred by irregularities and gaps. Those projects pose a huge threat to sensitive ecosystems in East Africa and have resulted in widespread displacement of populations that are poorly compensated, loss of livelihoods and human rights violations.

French President Emmanuel Macron, who advocates for a green energy transition and implementation of the Paris Agreement, is clearly backing one of the most dangerous fossil fuel deals in the well-preserved natural parks and reserves in the Great Lakes region, a controversial project that has led most of the financial institutions to distance themselves from it. Out of 24 banks that were initially approached to fund the EACOP, 15 have ruled out financial support for the project in the last two years.

In the Mozambican coastal province of Cabo Delgado, TotalEnergies, which had suspended its gas project in March 2021, following violent community resistance that some attribute to jihadism, has recently resumed its operations while pledging to “finance local economic development”.

Shell, a company already ordered to pay farmers and local communities for oil spills and severe environmental degradation, was until recently pushing for seismic surveys for oil and gas reserves along South Africa’s eastern coast, before it was stopped by a court ruling.

Africa and Europe have a love/hate relationship. Over the past centuries, the two continents have had a long history of trade, exploitation, interactions as well as a dark period of slavery, colonialism and a painful and unjust postcolonial era.

Despite its majestic size in terms of area and its many riches (natural resources, younger populations, culture), it is clear that Africa, 60 years after the so-called “independence period” continues to be literally plundered by both external powers through policies of domination and extraction and neo-colonialism practices. The ruling elites remain more preoccupied by self interests and those of the multinationals than the well-being of their populations.

For some Europeans, Africa remains this vast territory rich in natural and mining resources where the strongest manage to “help themselves” as long as they have good ties with the chief. Can we then talk about a win-win partnership, of a relationship of complementarity and common interests between a young continent, with plenty of potential but constantly plundered and impoverished, on the one hand, and another rich, ageing and in search of profit at all costs?

No continent is ravaged by climate impacts more than Africa. From Somalia to Madagascar, from the Sahel to Mozambique, the continent’s vulnerability to climate change has not been more apparent than in recent months. Today, 13 million people are in need of urgent humanitarian assistance in the Horn of Africa (Ethiopia, Somalia, Kenya).

Thousands of families are barely recovering from the destruction caused by cyclone Batsirai which tore through Madagascar earlier this month. Parts of Mozambique, Malawi and Zimbabwe never really recovered from Cyclone Idai that hit the region in 2019. While it took just a few weeks to rebuild the infrastructure destroyed by the 2021 summer floods in Europe, it is uncertainty and despair that prevail when such extreme weather events strike the black continent.

Is Europe really concerned about African countries’ climate risks, despite their insignificant contribution to the climate crisis? Is Europe ready to pay its climate debt and fund a fairer development pathway based on clean energy sources that African countries need to achieve a truly sustainable and safer well-being for its growing population? The answer remains very unclear.

The sixth EU/AU summit taking place after years of delay was expected to be an opportunity to “deepen partnership and greater cooperation to ensure prosperity for the mutual benefit of the two continents”.

However, its outcomes are disappointing.

In this challenging post-pandemic context, which has exposed the fragility and interconnectedness of nations, rich and vulnerable ones, the latter are spending considerably more money in debt repayments than they are spending on public services and multiple crisis responses. The EU’s Global Gateway investment scheme alone won’t solve the climate and energy crisis Africans are confronted with. A just development and energy transition are not negotiable for African economies. At the same time, replacing fossil fuel production and exports requires funding that has to be taken care of, not as new pledges and commitments as historically observed since 2009, but in concrete terms with clear disbursement plans, priorities and timelines, if Europe and Africa are to sustain an honest and healthy relationship, away from double standards, hypocrisy and empty promises.