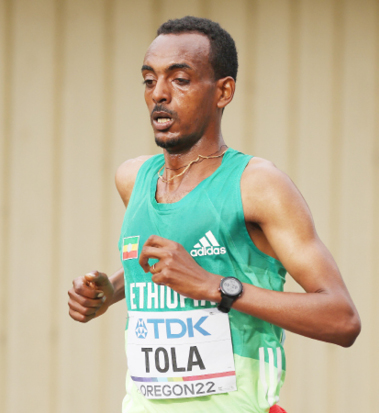 Ethiopia’s Tamirat Tola produced a decisive kick 8km from the finish line to win gold in the men’s marathon at the World Athletics Championships on Sunday.

South African world record-holder Wayde van Niekerk made a confident return to the World Championships on Sunday, easing through his 400 metres heat, as a trio of Americans also advanced.

Rio Olympic champion and twice world champion Van Niekerk set a speedy pace through the first half of the track but slowed through the finish to win, conserving his energy a year after he failed to reach the final in Tokyo, citing mental struggles.