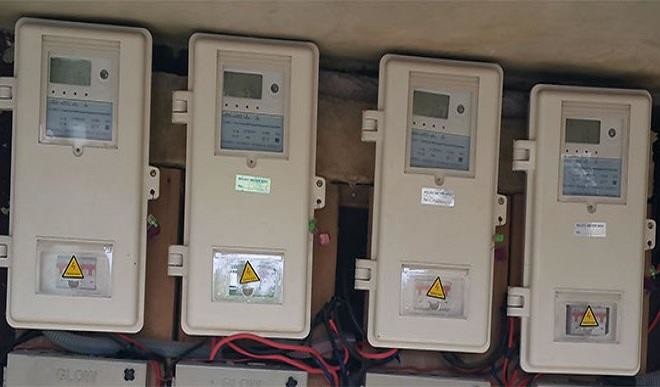 The Nigerian Electricity Regulatory Commission (NERC) recently held a public consultation in Abuja and across the states to get views of electricity consumers on the proposed capping of estimated billing for unmetered customers. In this piece, our reporter dissects the issues involved.

NERC in a notice ahead of the consultation said it was finalising the capping regime aimed at incentivising metering of electricity customers while discouraging estimated billing by the electricity DisCos.

NERC said, “The proposed capping regime will be a transitional measure that would herald the massive deployment of meters to all unmetered electricity customers in Nigeria under the Meter Asset Providers (MAP) regulation.”

The Commissioner, Consumer Affairs at NERC, Mr. Moses Arigu, at the Abuja consultation event in July, said the scheme was designed to ensure timely metering of all new connections and eliminate arbitrary estimated billing.

Mr. Arigu noted that although customers were being metered through MAP by the 11 DisCos, it was not all of the customers that would have their meters installed at once.

He said, “NERC felt those who are not metered should not be arbitrarily charged under the estimated billing regime. The proposed order is expected to be a catalyst for the DisCos to accelerate or fast-track deployment of meters to unmetered customers.”

NERC said it would roll out an order on Capping of Estimated Billing, which would be effective few months after the MAP kicked off in May, 2019.

In June, 2015, under the leadership of a former NERC Chairman, Dr. Sam Amadi, the commission initiated the capping of estimated billing regulation which it had prepared and was to subject it to public consultation.

The content of the initial proposal was drafted to enforce the Condition 41(2) of the Distribution Licence Terms and Condition which stipulates that: “Electricity supply to a customer should be effected with an operational meter first being installed.”

It means customers should not be connected without the DisCo first installing a meter. It ruled out estimated billing of any new DisCo’s customer in the first instance.

In 2012, NERC set up the Public Review Committee on metering situation. The committee after their interactions with consumers, operators and stakeholders in all regions of the country, found that metering was unsatisfactory.

As at 2015, about 50 per cent of the customers were either unmetered or had non-functional meters. In 2018, NERC estimated the figure to be about three million customers, and with the conclusion of the customer enumeration exercise held by the 11 DisCos, stakeholders fear the number of unmetered customers may skyrocket.

These unmetered customers have been served through the estimated billing methodology approved by NERC as a temporary measure until they are metered.

However, many customers have complained of arbitrary billing and incessant disconnection, while DisCos avoid metering them to end the disputes. Many customers are becoming reluctant to pay bills as they tag their charges “crazy bills,” and have thus resorted to high level of energy theft.

NERC in 2012 also unveiled the Credited Advance Programme for Metering Implementation (CAPMI) to overcome the problems of lack of funds in dealing with the metering gap.

The DisCos then committed to do an 18-month phased metering plan to bridge the over four million metering gap, but by 2015, the CAPMI scheme suffered poor implementation desspite customers’ willingness to make advance payment for meters.

Although customers paid for meters, some of the Discos could not meter them, and there were no refunds, with several unresolved customer complaints; it was eventually wound down in 2016.

The commission blamed the DisCos’ negative attitude to metering, hence in June, 2015, it began a process that could consider the option of placing a limit on the ability of a DisCo to arbitrarily estimate consumers who are not metered.

“This has the tendency of encouraging Discos to accelerate the implementation of metering plans that have been talked about but not implemented,” NERC stated.

Initially, NERC would give a four-month moratorium to the DisCos to allow them to appropriately adjust their metering programme and meter their customers.

“As soon as the capping regulation commences, the extant regulation on estimation methodology will be vacated,” NERC had ruled.

The much awaited regulation did not come to fruition after the commissioners’ tenure ended in December, 2015. NERC was left fallow for a year, then got commissioners for another year without a chairman.

However, the present crop of commissioners resurrected this proposed regulation, especially with the rollout of MAP which has been argued to be a remodelled CAPMI.

The Manager, Consumer Affairs at NERC, Mr. Olisa Chukuma, during the July, 2019 hearing, said, “The order upon approval by the commission shall be effective within three months moratorium after the completion of the procurement process and engagement of a MAP for the distribution licensee.”

Mr. Chukuma collaborated Mr. Arigu’s view that if the regulation is approved, it will stimulate the DisCos and their MAPs to accelerate metering of their customers.

An exception to the rule

The commission emphasised on some caveats in the planned regulation. One of it is that unmetered customers whose estimated billing are below a certain threshold, which NERC is still determining, will not be eligible for the application of capping of their estimated bills after the three-month moratorium.

More so, customers with history of metered consumption cannot benefit from the cap as their average payment was determined previously.

“This will discourage customers from vandalising their meters with the hope of ‘benefiting’ from the lower monthly estimated bills,” Chukuma noted.

There are also implications for customers who resist the installation of meters in their premises. Such customers will be disconnected from the network and appropriate sanctions shall be applicable in cases of unauthorised access, energy theft or other forms of vandalism.