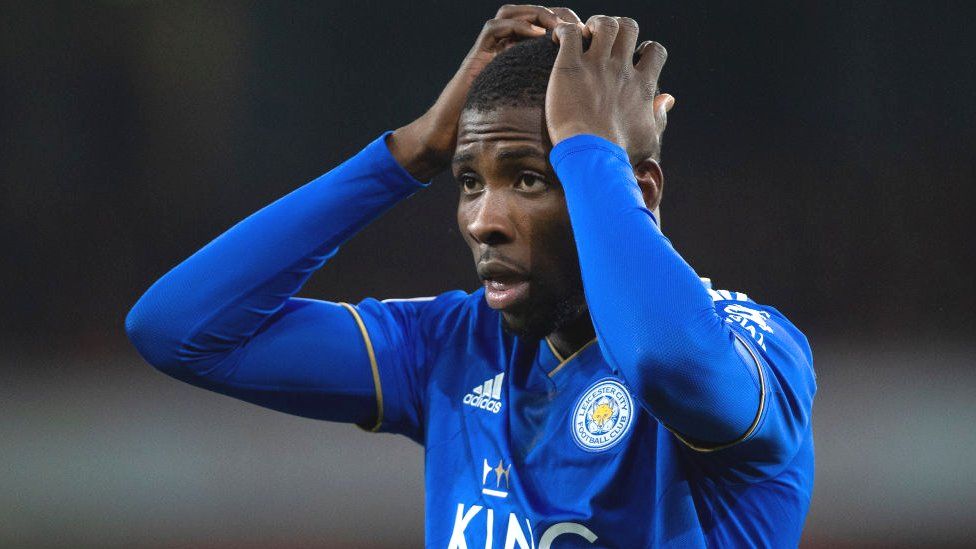 Kelechi Iheanacho was unable to rescue Leicester City from the bench on Saturday as Kevin De Bruyne fired Manchester City to the top of the Premier League.

The Belgian’s sublime free-kick sealed a 1-0 win against their lowly opponents.

Pep Guardiola’s side were without Erling Haaland at the King Power Stadium after the Norwegian failed to recover from an ankle injury.

But De Bruyne ensured the prolific striker wasn’t missed by the champions as he netted with a superb set-piece in the second half.

City’s first away win in their last four games moved them one point above second-placed Arsenal, who host Nottingham Forest on Sunday.

Since their damaging loss at Liverpool, City have recovered with successive league victories to underline their determination to win a fifth title in six years.

Leicester’s first defeat in four matches leaves them one place above the relegation zone.

Haaland had started all but one game this season after joining from Borussia Dortmund, scoring 22 goals in all competitions.

Guardiola was reluctant to discuss Haaland’s absence but revealed his prolific star had “a bit of fever, tired, and he has to recover (from the injury) as well”.

With Haaland sidelined, Julian Alvarez came in for his second league start of the season and City seemed unfazed in a vibrant start.

Danny Ward had to save Ilkay Gundogan’s header before De Bruyne whipped a corner towards Rodri, whose header was tipped over by the Leicester keeper.

Bernardo Silva was next to test Ward from just inside the penalty area as the City barrage gathered pace.

Camped in their own half for long periods, it took Leicester 25 minutes to muster a shot, with Harvey Barnes’ effort ending City keeper Ederson’s spell as a spectator.

De Bruyne’s long-range drive was too close to Ward, while Jack Grealish’s penalty appeal was rejected after he tumbled theatrically under a challenge from Kiernan Dewsbury-Hall.

City kept up the pressure as Rodri blasted narrowly wide from distance early in the second half.

City had failed to score in their previous three away games, but De Bruyne finally ended that drought in the 49th minute.

Taking aim from 25 yards, the Belgian star unleashed a superb free-kick that curled around the Leicester wall as it flashed into the top corner via the post.

Youri Tielemans was inches away from an immediate equaliser for Leicester when the Belgian’s ferocious drive was tipped onto the crossbar by Ederson.

Iheanacho came off the bench and twice went close to a leveller with a snap-shot that whistled just wide and then a close-range effort straight at Ederson.