Epic kingship disputes that have dragged in courts

Despite being revered as the symbol of the country’s culture and tradition, many disputes over kingship stools have been delayed in courts for decades without… 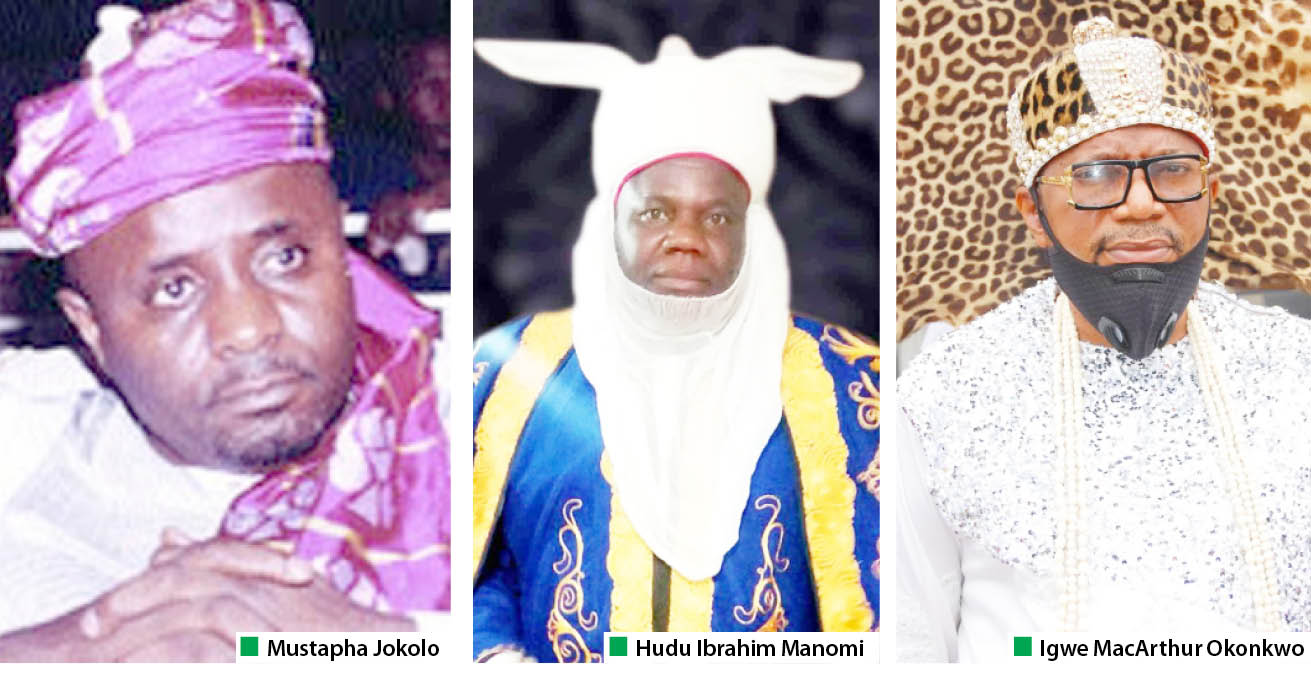 Epic kingship disputes that have dragged in courts

Despite being revered as the symbol of the country’s culture and tradition, many disputes over kingship stools have been delayed in courts for decades without an end in sight. Some of the prominent royal disputes in courts are presented below:

The legal tussle over the headship of the Gwandu Emirate has raged for 16 years between Muhammadu Iliyasu Bashar and Mustapha Haruna Jokolo.

Gwandu, also known as Gando, is found in Kebbi State, Northwest Nigeria. It was one of the ancient kingdoms of the Hausa states that was founded in the 16th century by the Kabbawa people. It came under British rule in 1903.

After 16 years of litigation, parties were shocked in December 2021 when the Supreme Court further adjourned the Gwandu emirate appeal to November 23, 2023.

The two-year adjournment by Justices Olukayode Ariwoola (presiding), Amina Augie, John Inyang Okoro, Abdu Aboki, and Emmanuel Agim was hinged on the congestion of the cause list after the Kebbi State government submitted a fresh appeal.

The three pending separate applications before the apex court are challenging the 2005 judgment of the Kebbi State High Court reinstating Al-Mustapha Jokolo as Emir of Gwandu and payment of all his salaries and allowances.

The order was upheld by the Court of Appeal in Sokoto on April 14, 2016, by reinstating Jokolo.

But the present Emir of Gwandu, Iliyasu Bashar, a cousin of Jokolo, however, approached the Supreme Court challenging the judgment of both courts’ decisions.

Bashar had, through his counsel, Yunus Ustaz Usman (SAN), pleaded with the apex court to allow him to move the motion for injunction challenging the enforcement of the judgment of the Court of Appeal in Sokoto dated May 3, 2016, and another application to consolidate all the motions dated December 13, 2016.

The Supreme Court has fixed June 3 for the hearing of the application for the enforcement of earlier order over the dispute for the control of the Sum-Pyem stool which has been dragged before the courts for over 17 years.

Pyem is a kingdom in Gindiri of Mangu Local Government Area of Plateau State in North Central Nigeria.

Architect Hudu Ibrahim Manomi had brought the application after the apex court’s February 1, 2019, judgement upheld the election of Manomi on the throne of Sum-Pyem.

In the application, which followed the delay in complying with the earlier judgment, Manomi is asking the apex court to make a mandatory order compelling both Mangu LGA and Plateau Government to install him as the Sum Pyem of Pyem Chiefdom in Gindiri, Mangu LGA within 14 days of the determination of the motion on notice.

In the judgement of 2019 read by Justice Mary Odili, the apex court dismissed the appeal by two members of the royal house, Joseph Mato Dakat and J.C.K. Mallum challenged the eligibility of Manomi and the selection process.

“A free and fair election was conducted with virtually all but one traditional selector and the 1st appellant (Manomi) emerged as the winner of the election out of the two contestants. To my mind, there was substantial compliance with the enabling instrument guiding the selection exercise i.e., Exhibit 9,” Justice Odili held.

“The mere non-issuance of seven days’ notice, allowing the presence of officials not approved by Exhibit 9 and the exclusion of 12th selectors are of no moment and cannot vitiate the election exercise or affect the result of the exercise as held by the lower court. These two issues are therefore resolved against the respondents in favour of the appellants.”

The apex court continued by asserting that Dakat and Mallum failed to prove their claims against Manomi in court and thus judgment was entered against them, dismissing their claim for “totally lacking in merit” and Manomi the duly elected Sum Pyem of Pyem chiefdom.”

The dispute over the Auchi chieftaincy dispute has continued to drag in court despite efforts, including the Odjiugo Panel Report, to resolve it.

Auchi kingdom is part of Etsako West Local Government Area of Edo State, and is believed to have come into existence following the Islamic Jihad of 1865 and contact with Nupe kingdom.

On October 11, 2021, an Edo State High Court in Benin presided by Justice Daniel Okungbowa dismissed an objection to the admissibility of the report of the Ojiugo Commission of Enquiry by the Edo State Government and the Momoh Ruling House over the dispute.

Citing Section 10 of the Commission of Enquiry Law of Bendel State which they said applies to Edo State and Section 8 of the Tribunal Evidence Act, the trio of Mrs. Adeleye, Dako and Momodu objected to the admissibility of the document, noting that the landmark cases of Ogunyemi Vs Badejo and Nting Vs Longkwan at the apex court made it illegal.

In suit No: B/329/2018 between the claimants Mamudu Ikharo, Yahaya Ikharo against the Attorney-General, Edo State, Permanent Secretary, Ministry of Local Government Affairs, the Otaru of Auchi, Alhaji H.A. Momoh, said they are seeking a declaration that the selection, presentation, and appointment and/or production of Otaru of Auchi is rotational, and that each sub-ruling house of Ikelebe ruling house of Auchi must take its turn under the custom and tradition of Auchi as enshrined in Section 3(2) and 14 (1) (c) of the Traditional Rulers and Chiefs Law 1979.

The Ikharos are also seeking a declaration that the Odjiugo Commission of Inquiry into the Otaru of Auchi Chieftaincy title as regards the number and identity of the ruling house and the order of rotation represents the true traditional, correct and customary position of Ikelebe title under Auchi Native Law and Customs.

The kingship dispute in Alor community between Igwe MacAnthony Chinedu Okonkwo and Igwe Collins Ebelechukwu Chukwumesili has dragged on since 2014.

Alor is one of the prominent ancient towns in Idemili South Local Government of Anambra State in South East of Nigeria.

Although the situation of the royals was complicated after a former governor of Anambra State, Willie Obiano, in 2021, suspended Okonkwo and 11 other traditional rulers for visiting Abuja without permission from the state government, efforts to restore him had been resisted by some people in the state.

It was reported that an Anambra State High Court in Ogidi recently ruled that the process that brought Okonkwo to the throne violated the constitution of the town and the Anambra Traditional Rulers Law, 2007.

The judge, Justice Peter Obiorah, in a suit brought against Alor People’s Convention and Chief Uzoma Igbonwa by Igwe Okonkwo and two others, ruled that the caretaker committee set up by the governor after dissolving the Alor Peoples Convention had no power and authority to dabble in the affairs of who becomes the traditional ruler of the town.

He ruled that Okonkwo was not an Ozo title holder as of March 9, 2014, and therefore not fit to be nominated, selected, enthroned, and recognized as the Igwe Alor.

The dispute over the traditional stool of the Abba clan has degenerated into court cases between two brothers – Obinna Akwaiwu and Okezie Akwaiwu.

Abba clan is a community in Nwangele Local Government Area of Imo State.

The stool became vacant after the death of GGI Ojiako, a former chief judge of Imo State.

After the election of Obinna Akwaiwu in 2021, Okezie strongly contested it and the matter went to court after Governor Hope Uzodinma recognized the former and sought to arrange his coronation.

There is no resolution of the dispute over who becomes the new Ohamadike II of Ogwuaga of Abba clan.