In what must be considered as a significant political development in the country, some prominent personalities from the north-central zone last week announced the formation… 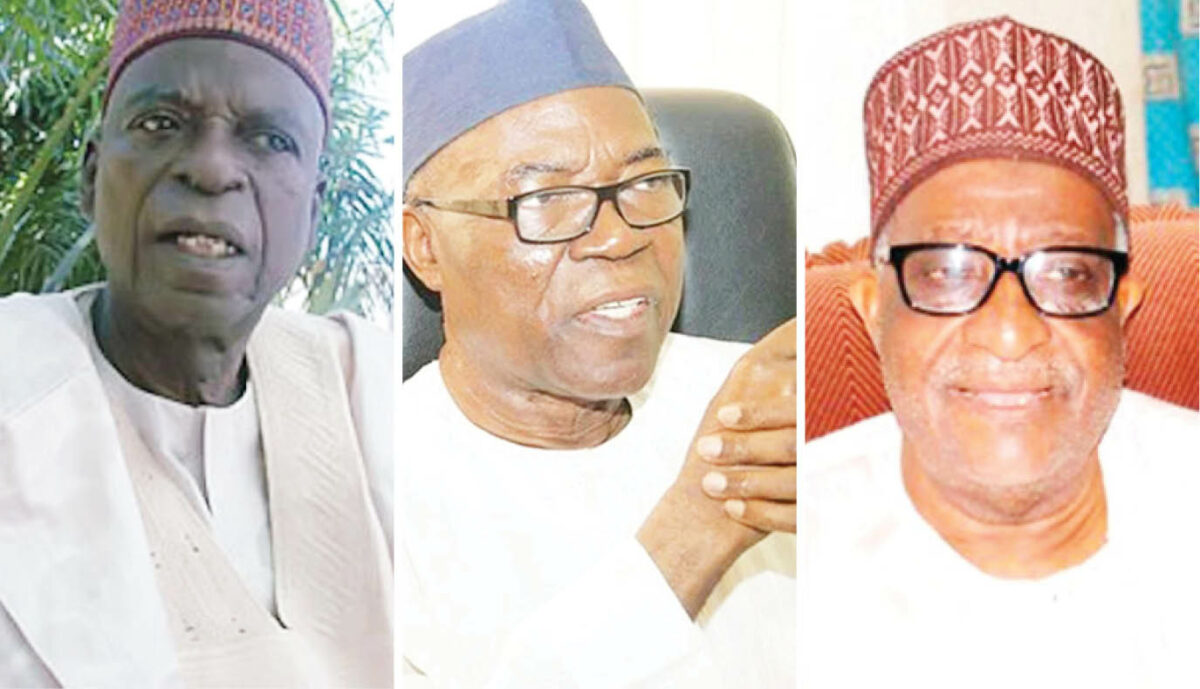 In what must be considered as a significant political development in the country, some prominent personalities from the north-central zone last week announced the formation of a new group, the North Central Peoples’ Forum (NCPF) citing the worsening insecurity, and alleged marginalisation of the zone in Northern Nigeria as their reasons for doing so.

The NCPF, which has a former minister of state for Health, Gabriel Aduku, as its interim Chairman, also includes the likes of former Deputy Senate President, Nasiru Mantu and former military governor of the defunct Bendel State, General Jeremiah Useni amongst others.

The NCPF lamented that despite huge agricultural potential and abundant solid mineral deposits, the north-central zone has continued to remain poor and undeveloped. It then promised to work together to unite the governors of the six states in the zone namely, Kwara, Kogi, Niger, Nasarawa, Benue, Plateau and the Federal Capital Territory (FCT) to pursue the rapid industrialization of the area.

In some ways, this development does not come as a surprise. For quite some time now there has been a lively debate as to whether the North operates as a monolithic political unit or not. Indeed, despite a near homogenous similarity in culture and use of a spoken language, Hausa, for the most part, the North however is a complex area comprising hundreds of ethnicities with different perspectives and interests.

It cannot, therefore, be assumed or said that such an area will have a monolithic political position at all times on issues of local and national interests. Even when the North was a single region these tendencies were visible and manifested in the different and often mutually exclusive political and cultural expressions of its various components.

This pattern of political expressions has been manifest in northern politics since then through all the political developments in Nigeria to date.

In our current political dispensation, apart from the presence of the main partisan political parties with memberships drawn from different zones and sections of the North, there are also a number of groups representing the various tendencies that make up the three geo-political zones in the North. Even within the category of non-partisan socio-political umbrella associations in the north, there exist the Arewa Consultative Forum (ACF) and the Northern Elders Forum (NEF), both of whom try to follow manifestly different courses in pursuit of similar goals in the North.

The formation of the NCPF should therefore be seen as a salutary development within the context of the plurality of views and interests representing the northern diversity. It is also consistent with the constitutional provisions of freedom of association and the right to hold differing political views by individuals in a democratic polity like ours.

On the NCPF specifically, although not much detail has been offered by way of its vision and modus operandi, we must however point out that the forum should aim to reflect the diversity of the North central zone, which it represents. The Northcentral being the most complex zone in the country in terms of diversity, the NCPF must ensure inclusiveness as a cardinal principle in its representation and in the pursuit of its issues and programmes. Failure to do that will result in the NCPF being labelled as a partisan group that hardly reflects the interest of the various peoples, cultures, and faiths that makes up the zone. It would not do well for the image of the Forum to be seen as practising the same marginalisation that it accused others and cited as the reason for its formation.

The NCPF must also consider blending a mixture of the old veteran political figures and younger elements in the zone. A look at the composition of the main conveners of the Forum shows a preponderance of the old guard of political partisans who have been in the political and public space for long in the country.

While it is understandable that the Forum needs the firm experienced hands of such people to necessarily guide it through the predictably delicate stage of formation, it must however bring into the fold, younger elements on whose shoulders the lies the future of the Forum. And on this score, the NCPF must scout around the entire zone to identify and bring in such younger elements it could find and teach them the ropes at this early stage so that they could hopefully and seamlessly take over eventually.