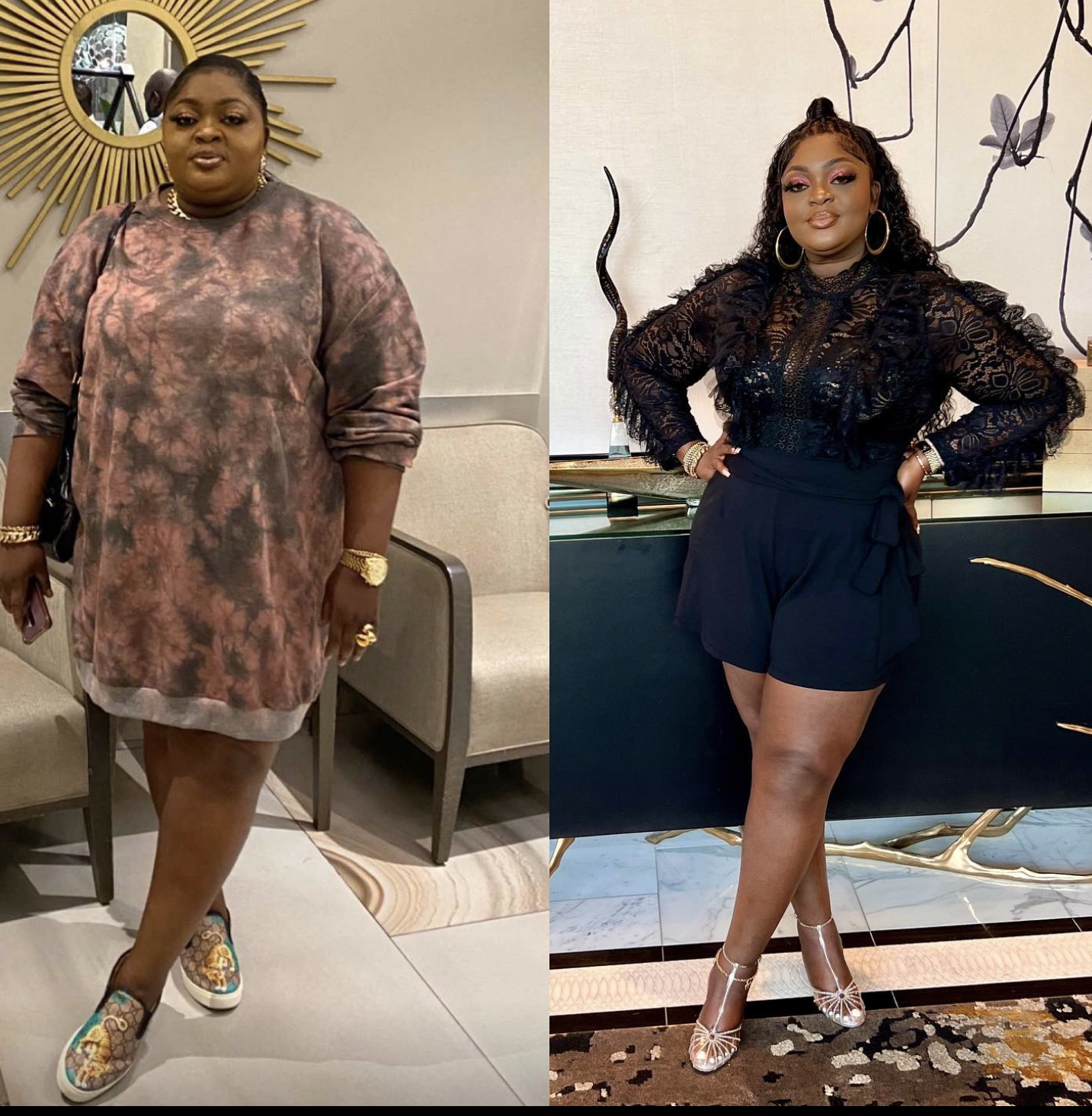 Nollywood star Eniola Badmus has revealed how she thrived in losing weight. The movie star had shared a post on her verified Instagram account, showing before and after pictures which depicted how much weight she had lost.

She also described her mission to weight loss as a hard one.

Eniola Badmus wrote, “Was not an easy journey. I went through a lot.”

Ever since her journey into weight loss started, she had always spoken about shedding weight and getting a slimmer body, sharing several pictures on Instagram.

BBNaija S7: Groovy, Amaka, Daniella and others up for possible eviction

Recall that in 2020, she challenged several entrepreneurs who sell weight-loss products to use her as an experiment if they were positive about their products’ potency.

Although rumours were rife that she had gone under the knife to get a slimmer body, she had debunked them.

Eniola Badmus is perceived to be one of the most distinguished actresses in the Nollywood industry with a career spanning over two decades. She has also earned massive recognition since she joined the movie industry in 2000, winning several awards including ‘Best Actress of the Year (Yoruba)’ in 2014, 2015 Best Actress in Africa and 2011 best crossover in a film.

The actress has also featured in popular Nollywood movies like “Omo Ghetto” and “Jenifa’s Diary”.