Enemies within, outside Buhari’s govt out to destroy north – Emir of Katsina

The Emir of Katsina, Alhaji Abdulmumini Kabir Usman, says he has always told President Muhammadu Buhari to be wary of enemies within and outside his… 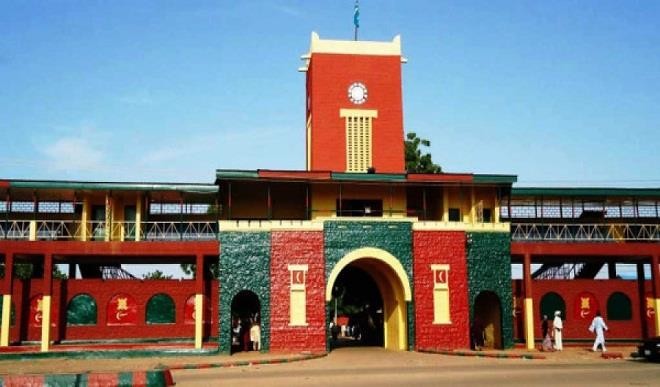 The Emir of Katsina, Alhaji Abdulmumini Kabir Usman, says he has always told President Muhammadu Buhari to be wary of enemies within and outside his government.

The emir alleged that those enemies were out to destroy the northern region.

He spoke on Wednesday in his palace while addressing a Federal Government’s delegation led by the National Security Adviser, General Babagana Monguno (rtd).

The delegation was also to reassure of the Federal Government’s commitment to addressing the security situation.

It would be recalled that the Senior Special Assistant to the President on Media and Publicity, Garba Shehu, had, while speaking on Sunrise Daily, a programme of Channels Television on Monday, alleged that some traditional rulers in Katsina State were aiding banditry.

He had said the traditional rulers, whom he did not name, were helping the bandits to escape whenever security operatives were planning to attack them.

Shehu had said: “It is not that we are making direct accusations on anyone but it is also true that even in the president’s native state of Katsina, some traditional rulers have been found complicit in collaboration with the bandits to harm their own people.”

Residents of Katsina had later challenged the Presidency to disclose the names of the traditional rulers who were allegedly aiding banditry in the state.

They had said it would amount to “shifting blame” if relevant authorities did not name, arrest and prosecute the traditional rulers found complicit in the protracted insecurity in Katsina and the rest of the northwest that has claimed hundreds of lives and displaced thousands.

The Emir of Katsina, who, alongside the Emir of Daura Umar Faruk and other traditional rulers in the state received the Federal Government delegation yesterday,  said though the visit was appreciated, it “does not mean there is nothing out of nothing from the wanton killings in the state”.

“I always tell the president to be wary of enemies within and outside his government. They want to destroy it and the north. If you destroy Buhari, you have destroyed the north and Nigeria.

“I want to know the country that wants to live in peace without peace. Only yesterday, a black man was killed in the USA and whole western world rioted, but here, more than 74 were killed in Zamfara, Borno. Here, my district head and village head were killed, but because of our religious and Islamic teachings, we took solace.

“Above all, I swear before God, you will do everything and remain at ease, but shedding someone’s blood cannot be ignored by God no matter who you are. “Even if you are the Emir of Katsina, to God, you won’t go free if you shed someone’s blood. God must give justice.

“We are all going to account our deeds before Allah, even if it is an infidel you kill. Prayers reach out and consultations remain our areas of concerns,” said the Emir of Katsina.

The National Security Adviser Monguno, while addressing reporters after an earlier close-door meeting with Governor Aminu Bello Masari, said the recent insecurity in the state was extremely intolerable and unacceptable not just to the Federal Government, but also to the state in particular.

He said: “What I saw on the ground is very disturbing. Obviously, without collective efforts, both the local communities and the security agencies would not be able to achieve anything.

“We need to build confidence, we need to win the trust of the local communities; that is, trust in those who are supposed to protect them and we had necessary reassurances from the governor.”

Monguno, who stressed that there were existing gaps that needed to be filled, said: “we need to know the underlining causes of these problems and to address these problems from a collective point of view.”

He stated:”We had a very fruitful discussion with the governor, we have been able to realize where these gaps are and it is our intention to work collectively not just on security agencies or law enforcement agencies, but also on a governmental basis working in partnership with the state and federal government.

“We emphasised on human security being the centre peace of the National Security Strategy of 2019. And we are going to look into these areas that have specified the national security strategy to bring to an end, the current threat facing not just Katsina State, but even Zamfara, Kanduna, Sokoto, Kebbi”.

The delegation was on a similar mission to Sokoto State yesterday.

‘Do more to end killings’

The Sultan of Sokoto, Muhammadu Sa’ad Abubakar, while receiving the delegation in his palace, emphasised that more needed to be done to end insecurity.

He, however, noted that the delegation’s visit showed the northwest was not forgotten by the president.

“This visit would at least show the world that yes there is concern; that yes, there is awareness on security; yes, there is commitment to tackling it and yes, we will tackle it insha’Allah. I am glad to see this high delegation of security leaders because you plan and execute security operations in the country,” he said.

The sultan assured the delegation of the state traditional rulers’ council’s utmost support in the area of suggestions and advice among others.

Earlier, Mongono had said that the security situation in the northwest was giving President Muhammadu Buhari a sleepless night.

The NSA said the president had resolved to deal with the challenges and enhance security in the region.

He said the delegation was instructed by President Buhari to commiserate with Governor Aminu Waziri Tambuwal and the sultan over the recent “unnecessary” loss of lives occasioned by the activities of bandits in the state.

Monguno said the delegation was also mandated to discuss with the governor and the sultan on how best to tackle it.

The NSA noted that the situation could not be addressed without their support.

He said: “We know that a lot has been done to achieve security by way of funding, what we need is to work with the larger society in the area of intelligence gathering.

“This is where we need your support because you are the closest to the people and as a retired army officer, you should be able to give us this impetus to overcome these challenges.”

The delegation also visited Governor Tambuwal at the Government House with the same message.