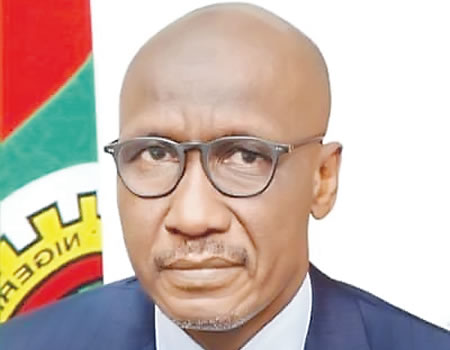 While briefing newsmen at the State House in Abuja last Tuesday, the Group Chief Executive Officer (GCEO) of the Nigerian National Petroleum Company (NNPC) Limited, Malam Mele Kyari said, “The combination of output from the Dangote refinery and our ability to bring back our refineries will eliminate any importation of petroleum products into this country next year. You would not see any importation into this country next year.

“This is very practical. As a matter of fact, when we are done with our own refineries and the Dangote refinery, there remain other small initiatives that we are doing, small modular condensate refineries that we are building. If that happens and we are very optimistic it will happen, you would see that this country will now be a net exporter. As a matter of fact, it will be a hub for the export of petroleum products, not just to the West African sub-region. This will happen. The flow of supply will change by the middle of next year, it will change. You will not need the importation of petroleum products into this country by the middle of next year.”

Prolonged strike: How state varsities are pulling out of ASUU struggle

As the GCEO of NNPC Ltd—a new title for a renewed role by the same person— this simply must count as The Great Promise for Nigeria by Mele Kyari, because it is hard to imagine a more compelling statement to have come out of our government since the self-induced affliction of fuel importation caught us more than three decades ago.

Very cautiously, Daily Trust welcomes this news. And very loudly, we proclaim it as the next best thing that could happen to the Nigerian economy and government today and going forward. The contradictions of importation of petroleum products by Nigeria—a country that is currently the eleventh largest oil producer in the world and the first in Africa—are at the heart of so many of the problems with the Nigerian economy.

For one, it is the chief reason the fuel subsidy regime, an otherwise necessary government policy, has not worked to the benefit of Nigerians. Subsidy is simply the cost difference per litre paid by the government between the actual cost of refined petrol and the cost it sells at the pump. Fuel importation greatly increases this difference paid by the government and distorts the accounting mechanisms for determining exactly how much fuel is imported, consumed or subsidized per day in the country, and thereby turning the whole subsidy regime into a gigantic nest of fraudulent collusion between government officials and often briefcase fuel importers.

As we write, Nigeria is projected to spend N6.34tn on subsidy payments in 2023, or just under 30% of the total N19.76trn budgeted for next year, and more than half of the 11trn deficit the government must borrow to finance that budget in the first place. If approved by the National Assembly, the proposed N6.34tn subsidy payment for 2023 will represent an increase of over N2trn on the N4tn for subsidy this year, and more than ten times the N691.586 billion we reportedly spent on subsidy payments just four years ago in 2018. In other words, the importation of petroleum products is not only responsible for the ever-rising costs of subsidy payments annually, but also directly responsible for Nigeria’s mounting debts, which will rise to N52tn when 2023 projected deficits are factored in.

And yet, all of these negative effects of fuel importation on our economy are only a tip of the iceberg. Since fuel imports are traded in dollars, they represent the single most important cause of the worsening situation of the naira and explain a sizable chunk of the inflation currently ravaging Nigeria. As Mr Ganiyu Amao, then the Director-in-Charge of Research at the Central Bank of Nigeria (CBN) told a House of Representatives ad-hoc Committee investigating the state of the country’s four Refineries in May 2018, Nigeria spent about $37 billion on petrol imports between 2013 to 2018. Current figures are patchy, but the trend has only gotten worse as we spent the dollar equivalent of N688 billion on petrol imports in the first quarter of 2021 alone. As Mr Amao noted then, such excessive outflow of foreign exchange impedes the ability of the CBN and the banks to stabilize the naira by undermining any kind of policy intervention in the forex market.

In short, rising and sometimes incalculable cost of importing petroleum products is the dragon that must be slayed for the Nigerian economy to become free. It is not only the primary cause of monumental corruption associated with subsidy payments and a forever-weakening naira; it also robs Nigeria of the full benefits that should accrue from optimal utilization of the value chain in the entire oil sector.

This is why Daily Trust takes Mele Kyari’s promise very seriously. The NNPC GCEO’s strategy of leveraging on direct supply from Dangote Refinery, bringing back our four refineries, and building new smaller ones by June 2023 seem plausible, and we happily welcome it. We hasten to add, however, that this government has promised the same thing several times before. The then Minister of State for Petroleum Resources, Dr Ibe Kachikwu promised, in 2017, said fuel importation will end in 2019. So too did the late NNPC Group Managing Director, Engr Maikanti Baru in 2018.

But while we have been here before with these promises under this same government, we still feel some cautious optimism that this time, Mele Kyari will deliver on his promise. If achieved, an end to fuel importation will not only provide our economy with a lifeline but also help the Buhari government exit the stage on a high. It must not fail.