Four months into Russia’s invasion of Ukraine in February 2022,  colossal damage has been done to Ukraine, as thousands of soldiers and civilians have been… 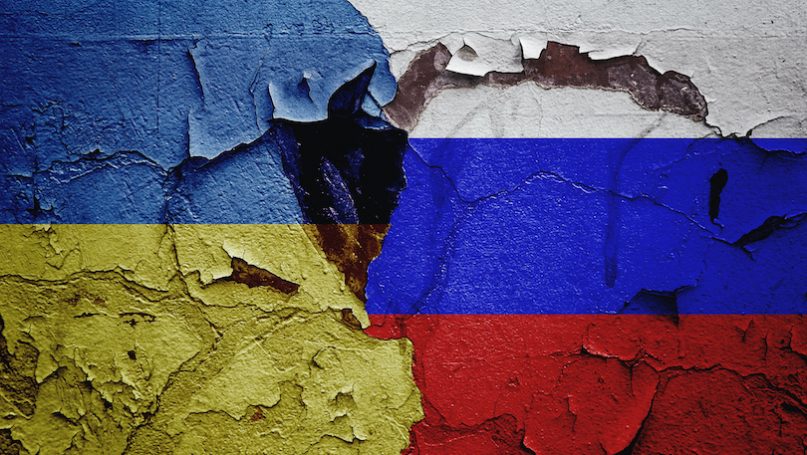 Four months into Russia’s invasion of Ukraine in February 2022,  colossal damage has been done to Ukraine, as thousands of soldiers and civilians have been killed, many cities reduced to rubble, social infrastructure destroyed beyond rehabilitation, while survivors are trapped in excruciating human suffering, as never known in Europe since the end of the Second World War in 1945.

The war has defied projections by the West that hard-hitting and multiple economic sanctions on the Russian State and oligarchies that sustain it would bring Vladimir Putin and his army to their knees. Russian troops, using their superior arsenal, have continued to invade, destroy and take one Ukrainian city after another, and are close to total control of the contentious Donbas region in Eastern Ukraine.

Time to regulate mining practice in the FCT

INEC gets back its mojo

However, Ukraine and Russia are not the only countries reeling under the effects of the heavy damage and multiple sanctions; the rest of the world, from America, Europe, Asia to Africa, are lamenting from the pains being inflicted on them by the conflict, believed to be unnecessary and avoidable. The impact of the war on food and fuel is enormous due to the significant role the two Eastern European countries play in the production and supply of crude oil, natural gas, wheat, maize, fertiliser, sunflower oil, and dozens of other products to the rest of the world. For instance, the International Food Policy Research Institute data shows that in the pre-war era, Russia exported 6.5 million barrels of crude oil every day to Europe and other parts of the world. It accounted for 17 per cent of global natural gas production; Russia and Ukraine accounted for 29 per cent of global wheat exports. They also account for 75 per cent of sunflower exports, and 15 per cent of fertiliser exports. Food and fuel lubricate the world, therefore, this disruption, coming after COVID-19 pandemic, is a source of enormous human suffering across the globe today.

Like other parts of Africa, Nigeria is also a victim of Russia’s invasion of Ukraine, as it is suffering from economic shock from the war. Prices of food items produced from wheat have skyrocketed because the war and sanctions on Russia have crippled wheat supplies. Import of fertilisers, needed for farming in the country, is halted. The limited supplies that still trickle in are out of the reach of the ordinary farmer. The war has also blown off the hope of reviving the Ajaokuta Steel Company in Kogi State. A deal struck between Nigeria and Russia should have seen the revival of the steel complex before the end of President Muhammadu Buhari’s administration, but it has been hampered because Russia’s attention at the moment is how to prosecute the war it started, rather than economic diplomacy. In Africa, Nigeria is the fourth largest importer of wheat from Russia and Ukraine; it depends on the two countries for dozens of products including iron and steel, electrical materials, machinery, chemicals, aluminium, papers, etc. Lamenting the negative impact of the war on Africa, Human Rights Watch said in a recent report that, “Many countries in Africa were already in a food crisis. Rising prices [due to Russia-Ukraine war] are compounding the plight of millions of people thrown into poverty by the COVID-19 pandemic, requiring urgent action by governments and the international community.”

It is time Russia and Ukraine realised that the war is a big setback for them and the rest of the world. We encourage them to return to the negotiating table and come to a compromise, no matter how difficult, in the interest of their people and the rest of the world. As both countries had admitted on several occasions, Ukrainians and Russians are the same people; they must bury the ideological differences that are tearing them apart, and come together to salvage what is left of the countries after four months of devastating battle. In the same breath, we call on Europe and America to tone down their rhetoric of threats and violence, and help the two countries to resolve their differences. They must halt measures that inflame the war, like bolstering Ukraine’s war arsenal with military arms supplies in this futile battle. The United Nations and other peace-loving international organisations must intervene to end this war of attrition, as neither victory nor defeat would bring back thousands of lives lost or repair the catastrophe being done to the global economy and humanity in general.