“It almost doesn’t matter who assumes the role of the chairman of the Fed; that person becomes the central focus of the cult. All seeing… 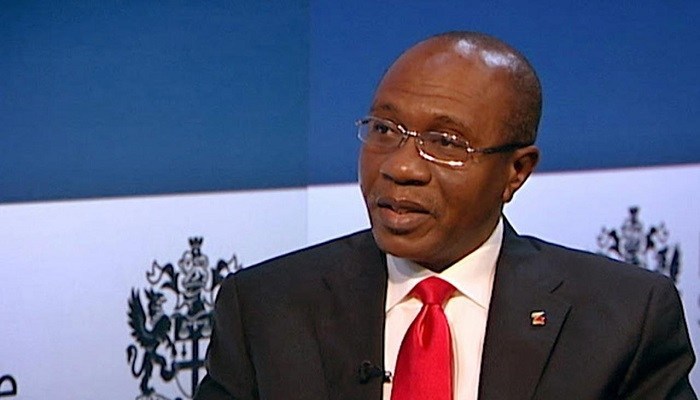 “It almost doesn’t matter who assumes the role of the chairman of the Fed; that person becomes the central focus of the cult. All seeing and all knowing, he can do no wrong.’’

– David Smick, in The World is Curved

These are not the best of times for Mr Godwin Emefiele, the governor of the Central Bank of Nigeria. Both he and the institution he heads face stiff resistance from sections of the public. Some people have called for his removal; others have demanded his arrest. Even the banks they control seem to have shown some lethargy in complying with the latest plans of the regulator – at least that is the impression the public has been given.

A currency redesign ordered by the bank ends in six days’ time, but there is so much confusion over it. This confusion emanated from an initial reluctance from the public and the banks. Long after the takeoff of the exchange programme, banks in the country showed little signs that they were part of it. Their ATMs continued to dispense the old notes, even as the central bank began to allege that the deposit money banks were not picking up the new currency notes. It has taken threats of sanctions from the CBN to get the banks to load the new currency notes into their ATMs.

This has cast doubts over the January 31, 2023 deadline for the currency exchange. Yesterday, in a certain area of Lagos, most of the banks’ ATMs did not dispense cash, except one that, surprisingly, gave out the new notes.

This picture is the same in virtually all corners of the country. This explains the rising strident calls for the CBN to extend the deadline. The latest of these calls came yesterday from the two chambers of the National Assembly, and the Kulen Allah Cattle Rearers Association of Nigeria, which not only asked for an extension of the deadline to the end of the year but also asked President Muhammadu Buhari to sack the governor.

But the governor remains undaunted.  “I don’t have good news for those who want the deadline of the old naira to be changed because we will not move it. People are holding and vaulting the naira in their houses and they don’t have the license to do that, because they use it to speculate on the naira,” the governor said at the post-MPC meeting speech yesterday.

The position of a central bank governor is a unique one as he or she carries the burden of ensuring the soundness of an economic system. A single careless act could plunge the nation and the lives of millions into a disaster.

Part of governor’s powers derives also from the fact that a neophyte in the world of finance and economics is quite unlikely to be appointed to that position. So even before one gets there, he or she would already become a known figure, and once on the job, it is a matter of time before the guy settles down and begins to make an impact.

So, anyone appointed to that post brings his or her unique makeup and inclination to the seat of the Governor of the Central Bank of Nigeria, our equivalent of the Chairman of the Federal Reserve in the US Over time, this position of a central bank governor, according to David Smick, has been elevated to a “cult” status.

“It almost doesn’t matter who assumes the role of the chairman of the Fed; that person becomes the central focus of the cult. All-seeing and all-knowing, he can do no wrong. It is questionable, however, whether this cult status is good for today’s turbulent financial markets where it is increasingly impossible to see and know all,’’ says Smick, who has had the privilege of working with several central bankers across the world.

While it is obvious that not everybody will accept this assertion, yet Smick was probably referring to the tenure of Alan Greenspan, of whom Time Magazine did say that he had “inspired an odd cult of personality’’ while he served as the Fed Chair.

A central bank governor’s words must be few but weighty.  In 2009, when Time magazine chose Bernanke as its Person of the Year, it described him as “shy,” someone with “none of the look-at-me swagger or listen-to-me charisma so common among men with oversize Washington offices.’’ The magazine went on to distinguish between Greenspan’s “cult personality’’ and Bernanke’s plan to “return the Fed to dull obscurity,’’ but one effective enough to guide the American economy out of the global crisis.

According to the magazine, Bernanke had  “conjured up trillions of new dollars and blasted them into the economy; engineered massive public rescues of failing private companies; ratcheted down interest rates to zero; lent to mutual funds, hedge funds, foreign banks, investment banks, manufacturers, insurers and other borrowers who had never dreamed of receiving Fed cash; jump-started stalled credit markets in everything from car loans to corporate paper; revolutionised housing finance with a breathtaking shopping spree for mortgage bonds; blew up the Fed’s balance sheet to three times its previous size; and generally transformed the staid arena of central banking into a stage for desperate improvisation.”

Some of the above descriptions will feature in the story of Emefiele. He set out to implement a Development Central Banking programme. This he eloquently declared upon his assumption of office in June, 2014. Over these years, he has succeeded in channelling billions of naira into the real sector –  in agriculture, power, and energy, among others, to stimulate the economy. The final verdict on this is yet to be made.

So, while every central bank governor gets to that seat with his plans and inclinations, it is the right of sections of the public to describe him the way they feel. This is part of what Emefiele is experiencing now.