The House of Representatives, on July 16, passed the Electoral Act Amendment Bill 2021 into law after rancorous sessions over clause 52(2), which deals with… 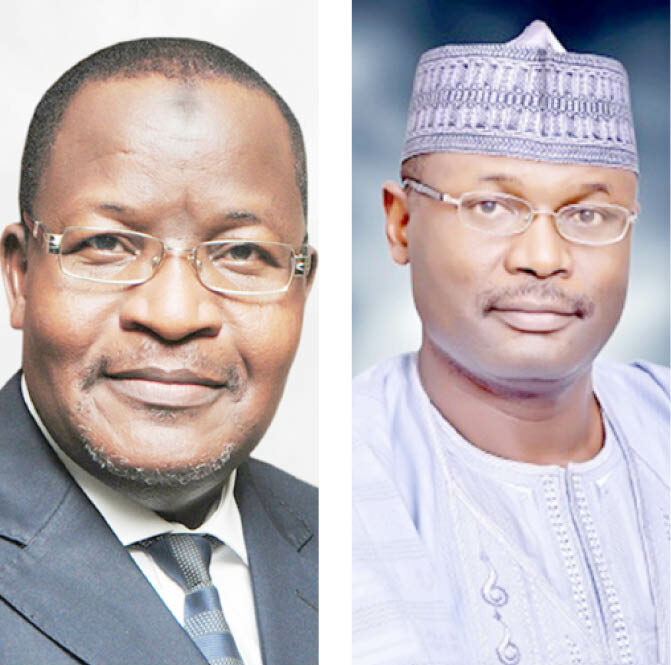 The House of Representatives, on July 16, passed the Electoral Act Amendment Bill 2021 into law after rancorous sessions over clause 52(2), which deals with the issue of electronic transmission of results. Daily Trust examines some of the issues trailing the passage of the bill.

The much-awaited Electoral Act Amendment Bill 2021, which was passed into law by both chambers of the National Assembly, has continued to generate controversies, especially on the aspect of clause 52 (2).

It would be recalled that on July 15, the House failed to pass the bill after it began the clause-by-clause consideration of the report of the Committee on Electoral Matters as a result of the controversy on the clause.

The lawmakers were divided over electronic transmission of results, leading to protests and brawl in the House.

While many lawmakers, mostly from the main opposition Peoples Democratic Party (PDP), were in support of electronic transmission of results from polling units, other lawmakers appeared averse to their position.

The commotion and brawl that trailed the consideration of the bill forced the Speaker Femi Gbajabiamila to abruptly adjourn sitting to the following day (Friday).

The disagreement also led to the decision to summon the Nigerian Communications Commission (NCC) and the Independent National Electoral Commission (INEC) to appear before the House to shed more light on the possibility and capability for electronic transmission of results.

Curiously, however, only the officials of the NCC appeared before the House while INEC representatives did not appear, thus generating further concerns.

Revelations by the NCC team before the House, led by its executive commissioner, technical services, Ubale Maska, led to the passage of the controversial clause by the House.

Maska said that based on a survey conducted by the commission in 2018, only half of the polling units in Nigeria had the required 3G network strength and coverage to transmit election results electronically.

He said the coverage analysis was conducted in 2018, prior to the 2019 general elections across 119,000 polling units, which indicated that only about 50 per cent of the polling units in the country are covered by 3G network.

But the claim by the NCC, which suggests the impossibility of transmitting results electronically in the country, has continued to generate controversies.

Some industry experts and telecommunication operators have faulted the commission for making its submission based on a 2018 technical report, which they argued was at variance with the current network coverage of the country.

The chairman of the Association of Licensed Telecom Operators of Nigeria (ALTO), Gbenga Omotosho, said telecoms operators in Nigeria had the capacity to transmit election results electronically in all parts of the country.

“With what we have, the industry can support the electoral commission and the government in this regard. Telecom services are available in all the local governments of the country, so that is not a problem at all,” he said.

This is even as pundits have accused the NCC of doing the biddings of the political class, who are bent on frustrating electronic transmission of results to enable them rig elections.

Daily Trust on Sunday reports that the position of the NCC is also at variance with that of the INEC, which indicates that the commission has the capacity to transmit results electronically from remote parts of the country.

Festus Okoye, INEC’s commissioner for information and voter education, in an interview with Channels Television, said the commission had uploaded results from very remote areas in previous elections.

He said that since 2020, the INEC had transmitted election results electronically from different geopolitical zones.

Okoye said results had been transmitted even from areas that required human carriers to access. He, however, explained that INEC would continue to perform its duties in line with constitutional provisions and established laws.

“We have uploaded results of 22 elections, including state assemblies, House of Representatives, Senate and governorship elections into our central portal, where the public had an opportunity of viewing them.

“We have uploaded results from very remote areas, even from areas where you have to use human carriers to access.

“So we have made our own position very clear, that we have the capacity and we have the will to deepen the use of technology in the electoral process.

Okoye said the commission is “irrevocably committed to using technology in the electoral process.”

He added that the INEC demands broad powers to enable the commission deploy relevant technology in improving the electoral process.

Following the position of INEC on the matter, the Peoples Democratic Party (PDP) caucus in the House of Representatives has also tackled the NCC over its claims that electronic transmission of results by the INEC was not possible in the country.

The PDP caucus leader, Rep Kingsley Chinda, in a statement issued in Abuja, noted that NCC officials lied to Nigerians while on oath, and as such, must be prosecuted for misleading Nigerians.

“The comedy of errors started by the House stopping INEC from appearing before the House to prevent the nation from learning the truth and allowing only NCC to appear to discuss issues on the ability or otherwise of INEC to handle electronic transmission of votes.

Chinda said the answers and body language of the NCC’s official “clearly betrayed his intense desire to mislead the House and the nation.”

“He cleverly sought to rely on 2018 data in 2021 when they knew or ought to know that internet penetration has advanced substantially in Nigeria since 2018.

He continued, “Furthermore, the MTN (see their website) recently announced that they had achieved an extensive nationwide network coverage of 89.9 per cent. This is just MTN, not to talk of other networks.

“Perhaps the worst form of perfidy, deception and outright lies is for the NCC to hide the memorandum of understanding between it and the INEC in 2019.

“During preparations for the 2019 general elections, Mahmood Yakubu,  the INEC chairman, had in January 2018 visited the NCC to discuss the collaboration that would enhance the electoral process.

“A joint technical committee of the INEC and NCC was subsequently formed, with a mandate to map out strategies that would reduce human interventions in the transmission of election results. The committee was headed by Maska and co-chaired by Muhammed Lecky, an INEC national commissioner.

“It is obvious that there are fifth columnists and anti-democratic elements that are afraid of a free, fair and credible election in Nigeria.

“We must maintain the integrity of our laws and sanctity of our institutions as a country,” the statement noted.

Why INEC was shut out

Although the INEC was supposed to appear before the House of Representatives alongside the NCC to shed more light on the e-transmission of results, the commission was shut out by the powers-that-be to actualise a predetermined agenda.

Two officials in the office of the Speaker, House of Representatives, who pleaded not to be named, told Daily Trust on Sunday that the circumstances of not inviting the INEC was beyond their principal.

“This is not about the Speaker not being committed to deepening democracy but playing a balanced role such that the situation can be properly managed,” one of the officials said.

On his part, the INEC Director of Voter Education and Publicity, Mr Nick Dazang, said the commission learnt of the event on television as there was no invitation extended to it to appear alongside the NCC.

Another INEC official had earlier told Daily Trust on Sunday that when they learnt of the reps plan, they tried to reach the leadership of the House so that they could be officially invited since the situation was more of a matter concerning them, but they were rebuffed.

“We were told that they (reps) were acting on ‘order from above,’” he said.

However, the spokesman of the House of Representatives, Benjamin Kalu said, “The House did not block any agency invited willingly and publicly by her. Not all we invited at different times found time to appear on the day we requested their appearance. We were looking forward to receiving all that we invited, but we only saw the NCC.

“We gave them the freedom to either use electronic transmission or manual, as the case may be, which is exactly what Nigerians want.”

The NCC failed to respond to the allegation by the PDP that it was frustrating plans to transmit election results electronically in the country.

When contacted, the spokesman of the NCC, Dr Ikechukwu Adinde, refused to respond to Daily Trust on Sunday’s inquiries on the true state of telecom network coverage in the country and other issues.