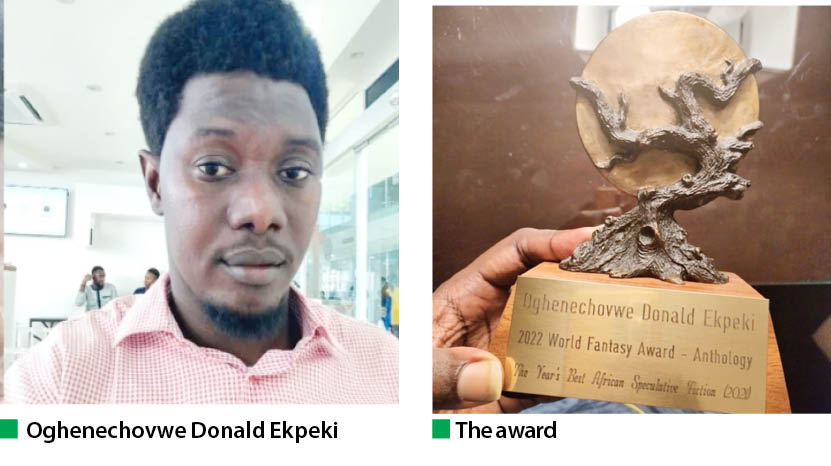 The World Fantasy Awards have been awarded annually for the best fantasy fiction published during the previous calendar year since 1975. It is organised and overseen by the World Fantasy Convention. Kacen Callender, Rivers Solomon, Nisi Shawl, Ebony Elizabeth Thomas, and Sheree Renée Thomas were finalists in 2020.

This year’s judges are C.S.E Cooney, Julie Crisp, C.C. Finlay, Richard Kadrey and Misha Stone, and they announced the finalists on July 20. The winners of the awards were revealed at the World Fantasy Awards 2022 in New Orleans, Louisiana, USA. The only writer of African descent who won in their category was;

Oghenechovwe Donald Ekpeki said, “So I won the World Fantasy award for best anthology with the 1st ever Year’s Best African Speculative Fiction I edited & published, with my @JembefolaPress. I’ll be the 1st African-born, Black writer, editor & publisher to win the world fantasy award in its near five-decade history.”

How being a ‘star student photographer’ changed my fortune – Precious Okeowo