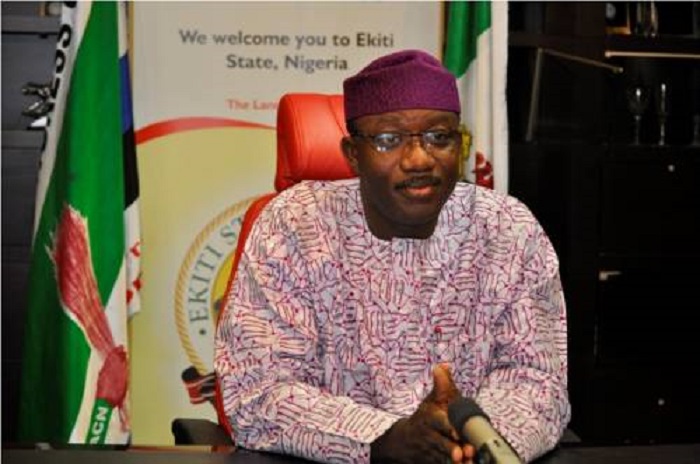 Ekiti State Governor Dr Kayode Fayemi has said his administration has spent N16 billion to develop basic education in the state by building new schools, renovating others and building the capacity of teachers.

The governor, who stated this in Ado Ekiti while receiving a delegation from the Universal Basic Education Commission (UBEC) led by its Executive Secretary, Dr Hamid Bobboyi, said the state recorded 40,000 and 25,000 increases in primary and secondary schools enrolment within the first two and a half years of his administration.

He promised that his government would continue to make schools easily accessible to all Ekiti children no matter where they lived by expanding access to education.

Fayemi also reiterated the commitment of his administration to the development of e-learning at every level of education in the state, adding that during his first term in office he had an agreement with Samsung for the provision of a solar laptop per child in junior secondary schools.

Earlier, the UBEC boss commended the administration for the huge investment in education, saying the state has never lagged behind in payment of counterpart funding.

Bobboyi urged state governments to embrace e-learning in order to change the narratives of ensuring that everyone leverages information and communication technology, adding that UBEC would continue to assist states to reposition their basic education development.